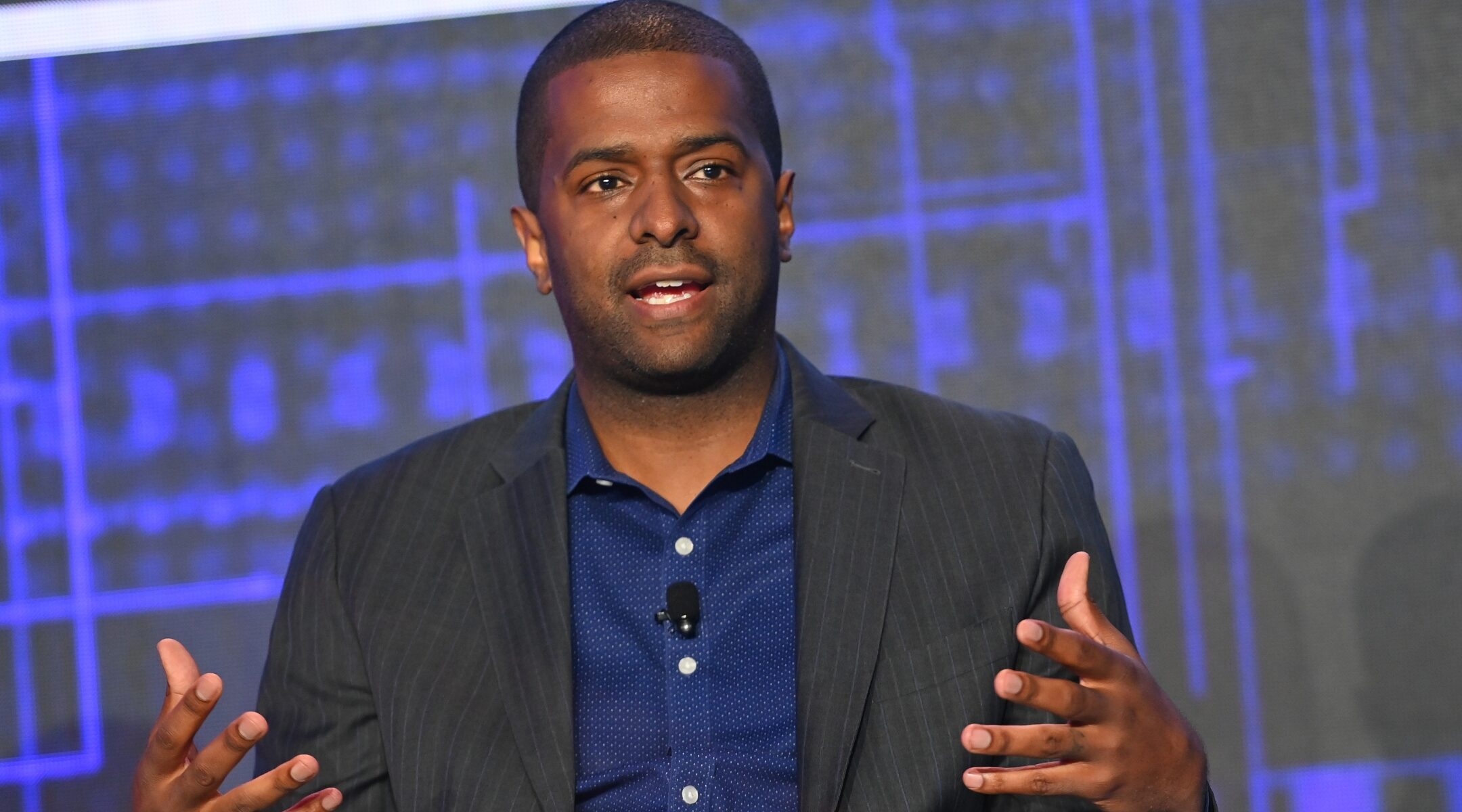 (JTA) — A new super PAC led by “Black and Jewish” leaders has endorsed five Black Democrats who have positions that are friendly to AIPAC, the latest sign that pro-Israel donors are determined to stem erosion of support for Israel among African Americans.

In its May 27 launch statement, first reported by Politico, the Urban Empowerment Action PAC does not mention Israel, instead saying that it “will support pragmatic, solutions-oriented congressional candidates dedicated to the educational empowerment and economic uplift of Black Communities.” It says its “supporters include a broad coalition of Black and Jewish business, political and civic leaders.”

But Bakari Sellers, a political commentator who appears in the PAC’s literature as a spokesman, told Politico that Israel was “definitely high up on the list” in the decision by the super PAC to endorse Janice Winfrey, the Detroit City Clerk who is challenging incumbent Democratic Rep. Rashida Tlaib. Tlaib is Israel’s most strident critic in Congress and the only one who openly says it should not exist as a Jewish state.

“It’s not the primary focus,” Sellers, a former South Carolina state representative, said, referring to Israel. Nevertheless, Urban Empowerment Action’s launch document does allude to the fraying of Black-Jewish ties, once resilient in the civil rights era. Winfrey and the other four candidates it endorsed, meanwhile, are known to have Israel positions close to those favored by the American Israel Public Affairs Committee.

In a statement sent after this story’s publication, Sellers said, through the PAC: “Our primary focus is to get people in office who will be laser-focused on improving the social, economic, and educational conditions for Black folks; that’s Janice Winfrey. Michigan’s 12th Congressional District needs a proven leader like Janice who will put the needs of her community first and foremost, not her brand.”

The PAC arrives after years of tension between the center-right pro-Israel community and Black Democratic lawmakers, spurred in part by the antagonism between former Israeli Prime Minister Benjamin Netanyahu and Barack Obama, the first Black president. Black lawmakers were especially furious with Netanyahu for accepting an invitation from Republicans to speak to Congress in 2015 to attack Obama’s Iran policies; it was seen as a sign of disrespect.

Since Netanyahu’s election loss last year, Israel’s government has pledged to repair ties with Democrats, and the mainstream pro-Israel movement has made cultivating Black political leadership a priority. A number of pro-Israel PACs have in recent months lent considerable support to Black candidates facing progressives who are skeptical of the depth of the U.S.-Israel relationships. The pro-Israel donors have scored successes, among others, with Rep. Shontel Brown in Ohio, and with two primary candidates in North Carolina, Don Davis and Valerie Foushee.

Urban Empowerment Action has pledged to spend an eye-popping $1 million on Winfrey; by contrast, the only other expenditure has been for Rep. Nikema Williams in Georgia, an incumbent in the Atlanta area who did not face a serious challenge in the primary this month and will not face one in November.

“This joint effort builds on the strong relationship between African American and Jewish leaders to uplift all communities,” Sellers is quoted as saying in the launch document. “Instead of allowing our communities to be divided, history teaches us that when Black and Jewish communities stand together to fight for our common ideals — we create positive change in society.”

The PAC’s biggest donor is New York-based hedge funder Daniel Loeb, who is Jewish and who gives mostly to Republicans. Loeb gave Urban Empowerment Action $76,355. Loeb’s wife, Margaret, gives mostly to Democrats. Super PACs may solicit and spend unlimited amounts as long as they do not coordinate directly with a campaign.

Another Urban Empowerment Action endorsee, Nykea Pippion-McGriff, is running in a crowded primary race to replace Rep. Bobby Rush, a Chicago-area Democrat who is retiring. Pippion-McGriff, an advocate with the real estate industry, traveled to Israel with an AIPAC affiliate, the American Israel Education Foundation, a figure close to the lobby told JTA.

Tlaib, notably, is the only incumbent that the new PAC is seeking to unseat. She immediately cast Urban Empowerment Action’s decision to target her as an outsider attempt to remove her for her pro-Palestinian outlook. Tlaib is Palestinian American.

“We will outwork those who don’t want to see someone like me serving in the U.S. Congress,” she said on Twitter. “No one will bully me and get me to stop speaking truth.”

Tlaib and a number of other progressives, led by Sen. Bernie Sanders, the Vermont Jewish lawmaker who twice ran for the Democratic presidential nomination, have sought pledges from Democrats not to take super PAC money.

These progressives have argued that super PACs, including the AIPAC-affiliated United Democracy Project, distort democracy through unlimited spending, and that AIPAC PAC has endorsed dozens of Republicans who refused to certify Joe Biden’s election as president. AIPAC for its part notes that its PAC has endorsed a number of progressives, as well as moderate Democrats and Republicans.

Sellers for years has been close to the pro-Israel community and has appeared at AIPAC conferences. In his Politico interview, he said that Urban Empowerment’s emphasis was on maintaining the Black presence in Congress, in part by ensuring that Black incumbents who are leaving the House are replaced by Blacks.

Tlaib replaced a long-time Black congressman, John Conyers, who resigned in a scandal. Rep. Brenda Lawrence, the sole Black congresswoman in the state, is retiring, and the state with one of the most important African-American communities in the country may soon not have a Black representative in Congress, Sellers noted.

“We want people who are elected to Congress that have keen focus and understanding on the plight of African Americans and the uplift thereof,” Sellers said.