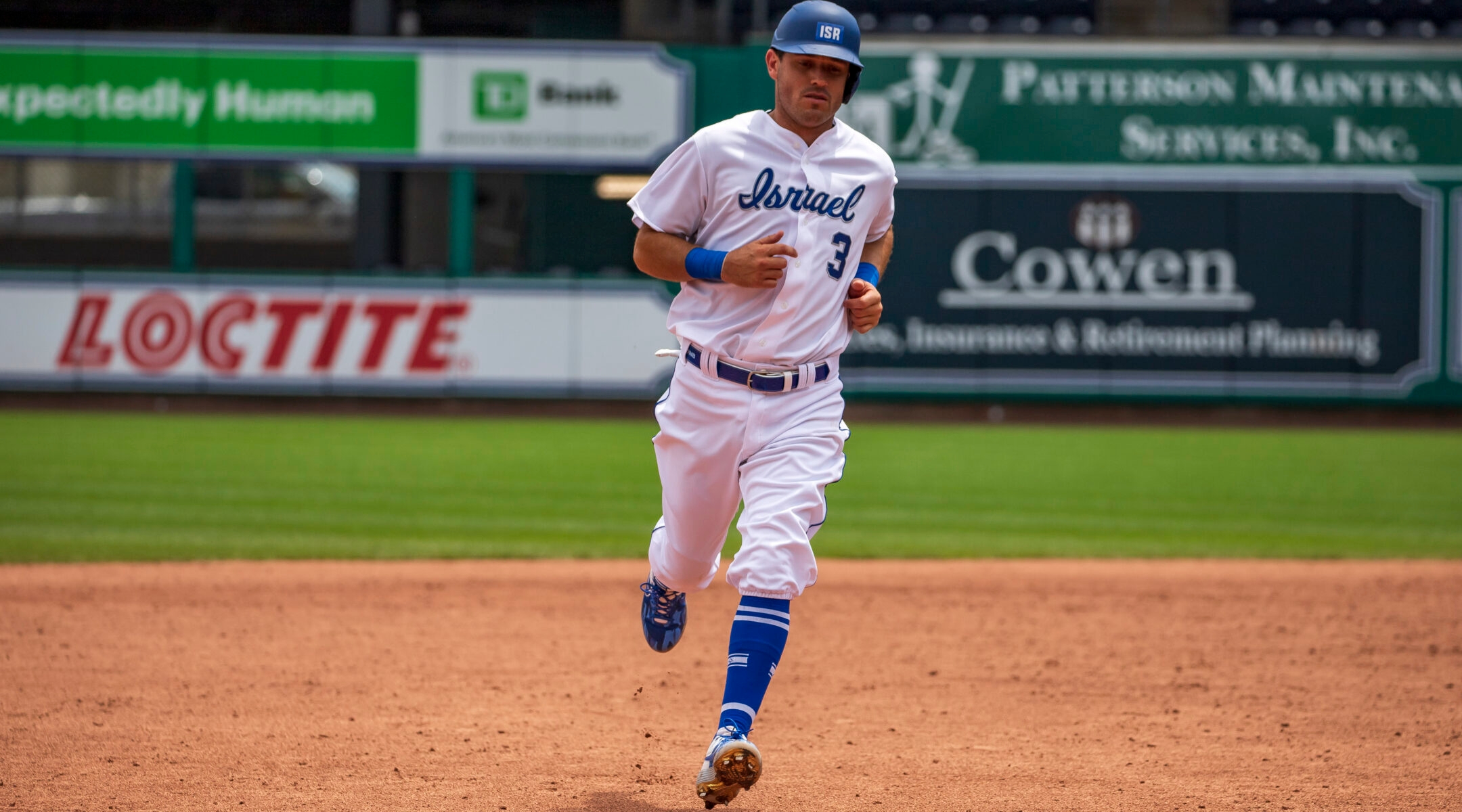 Ian Kinsler played for Team Israel at the Olympics in Tokyo after 14 MLB seasons. (Courtesy of JNF-USA)
Advertisement

(JTA) — Ian Kinsler is trading in his bat for a lineup card.

The former All-Star second baseman will manage Team Israel in the upcoming 2023 World Baseball Classic. He currently has no plans to play for the team as well.

The Jewish 14-year MLB veteran played for Team Israel in the 2020 Olympics that were held last year, telling the Jewish Telegraphic Agency at the time that his goal was to raise the sport’s profile in Israel.

“Medaling for Team Israel would create that buzz,” he said, and “obviously bring more attention to the sport. So it’s exciting to think about all that.”

The World Baseball Classic, founded in 2006 and normally held every 4 years, is the only international baseball tournament outside of Olympic competition.

“I was very excited when I was asked to manage Team Israel at the WBC and it didn’t take long for me to accept the position,” Kinsler said in a statement on Wednesday. “I enjoyed my time playing in the tournament and now that I know Israel Baseball well from my time in the Olympics, I am convinced that we will have a very competitive squad that will go far.”

Kinsler won two Gold Gloves during his career, and is among the all-time MLB Jewish baseball leaders in stolen bases (243), hits (1,999), home runs (257) and runs batted in (909). He played the first eight years of his career with the Texas Rangers, but also spent time on the Detroit Tigers, Los Angeles Angels, Boston Red Sox and San Diego Padres. He won the 2018 World Series with the Red Sox, and was also a member of Team USA’s championship team in the 2017 World Baseball Classic.

While Team Israel came up empty in the 2020 Olympics, the team rose to prominence during a surprising run at the 2017 WBC, beating several highly-ranked teams and entertaining fans with its beloved mascot, the Mensch on the Bench. Coach Eric Holtz stepped down after the team’s unsuccessful Olympic run last summer.

The 2023 World Baseball Classic was originally scheduled for 2021 but was postponed due to the COVID-19 pandemic. Qualifiers are set to begin this September, and the tournament will expand from 16 to 20 teams. Israel has automatically qualified for the tournament.

Peter Kurz, president of the Israel Association of Baseball and the team’s general manager, told JTA that Kinsler’s leadership will also help with recruitment. Any ballplayer with Jewish heritage is eligible to play for Team Israel.

“Ian has been recruiting major league Jewish players who are eligible to play for Team Israel in the WBC, and our goal is to surpass what we achieved in 2017 and reach the final four,” Kurz said. “We have had multiple inquiries from potential players, coaches, and trainers who all want to be a part of this and the choices will be tough this time around.”

According to the Jewish National Fund-USA, which provides funding for Israel’s baseball program, Kinsler will visit Israel this summer, where he will be a torchbearer at the opening ceremonies of the Maccabiah Games.

“I can’t wait to visit Israel this summer and see the young talent that will be on display at the Maccabiah Games,” he said. “We are already hard at work putting together a winner roster for Israel at the WBC and I look forward to making all of our fans proud.”