In Jerusalem, a Torah lesson from Biden shows his grasp of Judaism’s quirky calendar 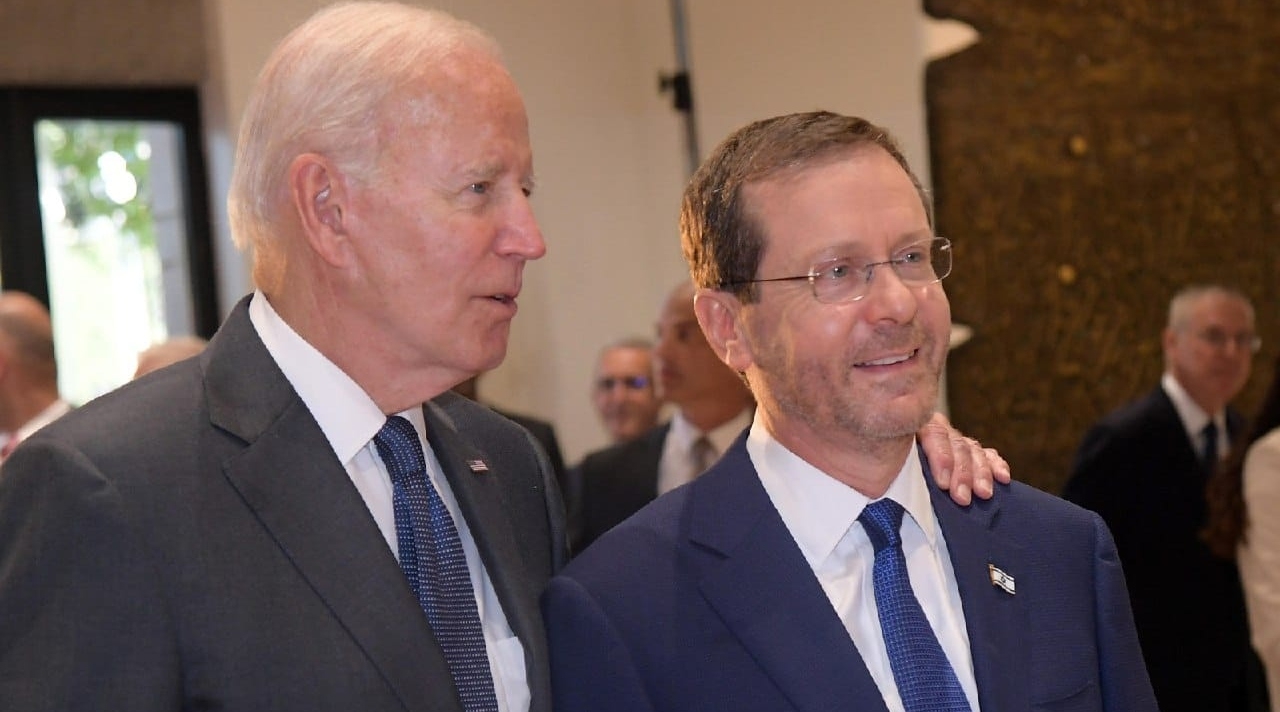 (JTA) — Throughout President Joe Biden’s visit to Jerusalem this week, he has underscored the ways that he believes the United States and Israel are aligned. But in his remarks Thursday afternoon after being honored by the Israeli government, he alluded to one arcane way that the two countries are not on the same page — literally.

In accepting Israel’s Presidential Medal of Honor from its president, Isaac Herzog, Biden quoted from a Torah portion, Balak. “The Torah tells the story of the Prophet, who described the ancient Israelis as ‘the people that dwell alone,'” he said, making the point that Israelis have allies on the world stage.

Then he went on, noting that Balak is “the Torah portion that will be read in services across United States this week.”

The note might have been hard to hear for anyone not attuned to the Torah cycle, the pattern by which different portions of the Torah are read each week. Usually the same portion is read in all communities at the same time. But because of differences of worship in Israel and the Diaspora, Israelis will not be reading from the same Torah portion this Shabbat.

Shalom Lipner, a onetime advisor to Israeli prime ministers, noted on Twitter that Biden had nailed a subtle but important distinction.

“Someone knew to do their research,” Lipner said.

The discrepancy arises every couple of years because a number of Jewish holidays run one day in Israel and two days in the Diaspora. When a holiday overlaps with Shabbat, a portion related to the holiday is substituted for the regular weekly reading, which resumes the following week. This year, the final day of Passover in the Diaspora fell on Shabbat, which pushed until the next week the regular portion; in Israel, the regular readings proceeded as usual. The two cycles will fall back into step in a few weeks, when Jews in the Diaspora will read two portions at once and catch up.

The quote from Balak allowed Biden to signal his intimate relationship with Israel in another way, too: He knew that Herzog’s uncle, Yaakov, a revered diplomat who was mourned after dying relatively young, wrote a book by the name “A People that Dwells Alone.”

Biden emphasized that while the United States is a reliable ally for Israel, the country is also growing less isolated by building ties with other countries in its region.

“As I look out and see proud, strong Israelis in the audience, at the nation that made the desert bloom and built the Iron Dome, I see people who are growing more secure, more integrated, more confident and having greater relationships with their neighbors,” he said, “a nation that has forged peace before and can do it again, and the nation that will never dwell alone, because as long as the United States [exists] you will never ever be alone.”

In awarding the medal to Biden, Herzog attributed to him his “true friendship with the State of Israel, the people of Israel and the Jewish people, his uncompromising decades long commitment to Israel’s security, his contributions to deepening strengthening and enhancing the strong and unwavering alliances between Israel and the United States of America and the struggle against anti-Israeli and antisemitic hatred around the world.”

Biden, who is of Irish descent, also praised Herzog’s grandfather and namesake, the onetime chief rabbi of Ireland who backed Irish nationalist aspirations.

“If anyone should understand my inclination to enthusiasm, you should, with a grandfather who thought Sinn Fein was the future of Ireland,” he told Herzog.

“It’s a great day for the Irish,” Herzog replied, referring to the tableau of two presidents of Irish descent.