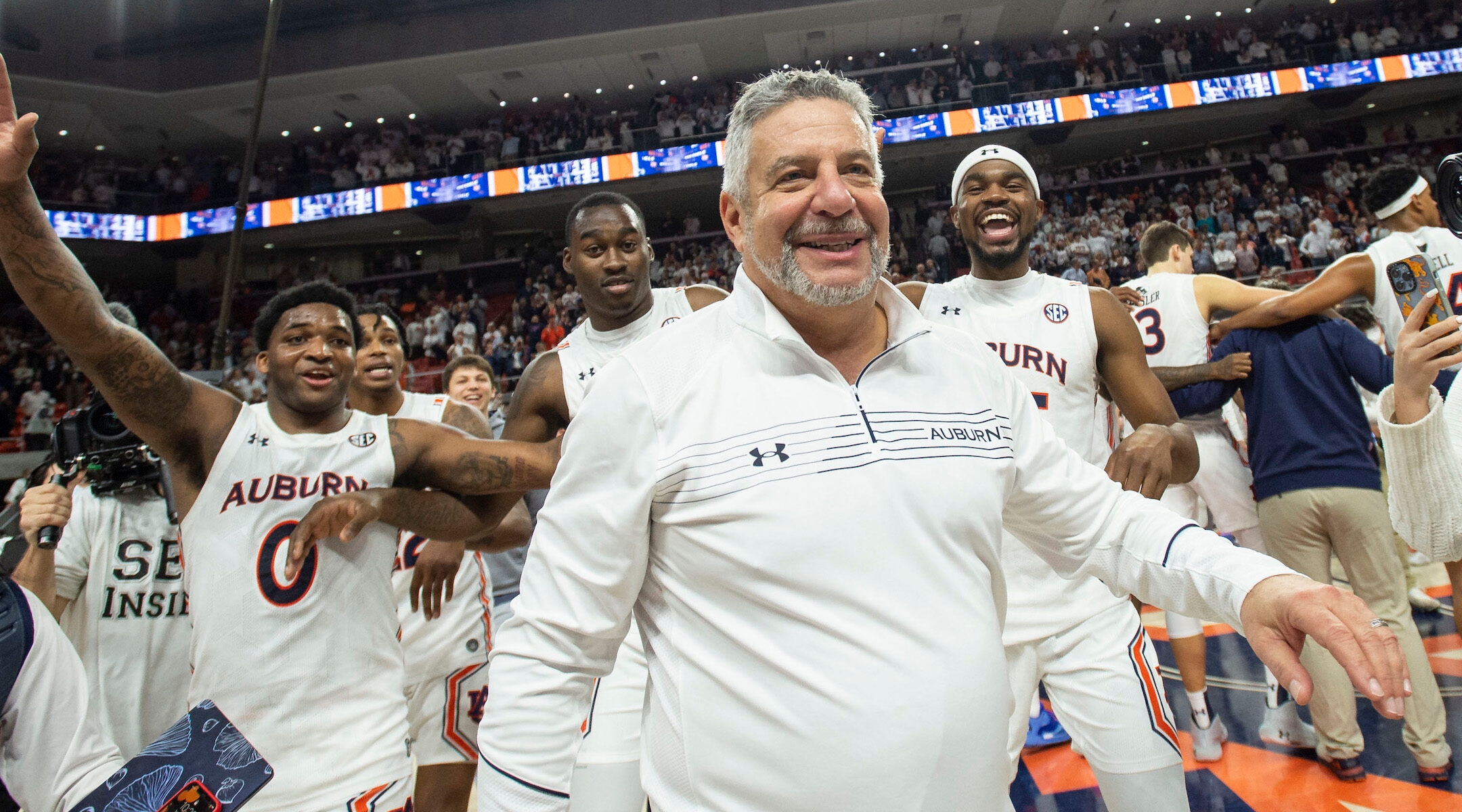 (JTA) — The Auburn University men’s basketball team will travel to Israel this weekend for a 10-day Birthright-style trip, likely the first of its kind for a full Division I college or professional team.

Coined “Birthright for College Basketball,” the trip will feature some of Israel’s most famous historical and tourist sites — from the Western Wall and the Dead Sea to the Yad Vashem Holocaust memorial museum — plus three exhibition games against teams of players from the top echelon of Israeli basketball. The Tigers, who won the Southeastern Conference (SEC) championship last season, will play Israel’s Under 20 National Team on Aug. 2 in Jerusalem, Israel’s All-Star Select Team in Tel Aviv on Aug. 7 and Israel’s National Team on Aug. 8 in Tel Aviv.

The team will also participate in a basketball clinic for Jewish, Muslim, Christian and Druze teens hosted by former Muslim NBA player Enes Kanter Freedom, in partnership with Jewish organizations. Kanter Freedom has previously hosted interfaith basketball clinics, and recently worked on a Holocaust education program in Brooklyn. Former Jewish player Tamir Goodman, who was known for wearing a kippah during DI games and played professionally in Israel, will also take part in the clinic.

While visiting Bethlehem, the Tigers will have lunch with the coach of the Palestinian National Team.

“We want, if at all possible, that to be normal — a Jewish basketball coach from Auburn taking his team over to Israel, having lunch with the Palestinian national basketball coach,” said Auburn’s Jewish coach Bruce Pearl during a pre-trip Zoom call with reporters on Monday. “I don’t know how it’s gonna work out, but I hope it’s just wonderful, and normal, and something that people can look at and go ‘okay, this is possible.’”

In addition to stops at Judaism’s holy sites, the trip will include visits to the Church of the Holy Sepulcher and other important places in Christianity, including the Jordan River, where Pearl said his players will have the opportunity to be baptized where John baptized Jesus in the New Testament.

“Obviously, we know that Jerusalem and Israel was the birthplace of almost all the world’s religions,” said Pearl. “It’s an opportunity for them to open up their hearts, open their minds, and see if they can feel and hear something special that’s going to be a part of them forever.”

The Auburn team will be accompanied by ESPN college basketball analyst Jay Bilas and ESPN play-by-play announcer Roxy Bernstein, who is Jewish. The pair will call the games live on the SEC Network.

“We couldn’t be more honored to be able to go with Auburn and Bruce Pearl and his staff, for this once in a lifetime trip,” Bilas said. “We’re thrilled, beyond words.”

Bernstein, who first visited Israel with his family four years ago, agreed.

Pearl is one of the more outspokenly Jewish and pro-Israel coaches in college sports. He co-founded the Jewish Coaches Association, which hosts an annual breakfast for Jewish NCAA basketball coaches at March Madness. He considers coaching in the 2009 Maccabiah Games to be a career highlight, alongside making it to the NCAA Tournament’s Final Four with Auburn in 2019.

NCAA teams are currently allowed an overseas trip once every four years. The University of Connecticut men’s team visited Israel in 1998, and the Toledo women’s team and Wheaton’s men’s team followed suit in 2011 and 2016, respectively. Pearl said that his vision is for the trip to become a repeat occurrence — and to expand it to the United Arab Emirates. He floated changing its name to the “Abraham Accords Cup,” a reference to the series of normalization agreements between Israel and some of its neighboring Arab countries in recent years.

“In other words, how can we contribute to peace in the Middle East? Normalization,” Pearl said. “There may have been a time when people thought, ‘well, that’s not a very good idea. That’s too dangerous. Why would you do that?’ And, and that’s why we want to try to do that. So that’s kind of what we see as far as our future’s concerned.”

According to Auburn, the trip was supported by Complete Sports Management, the Israeli Basketball Association and Athletes for Israel, a nonprofit that brings athletes to Israel.