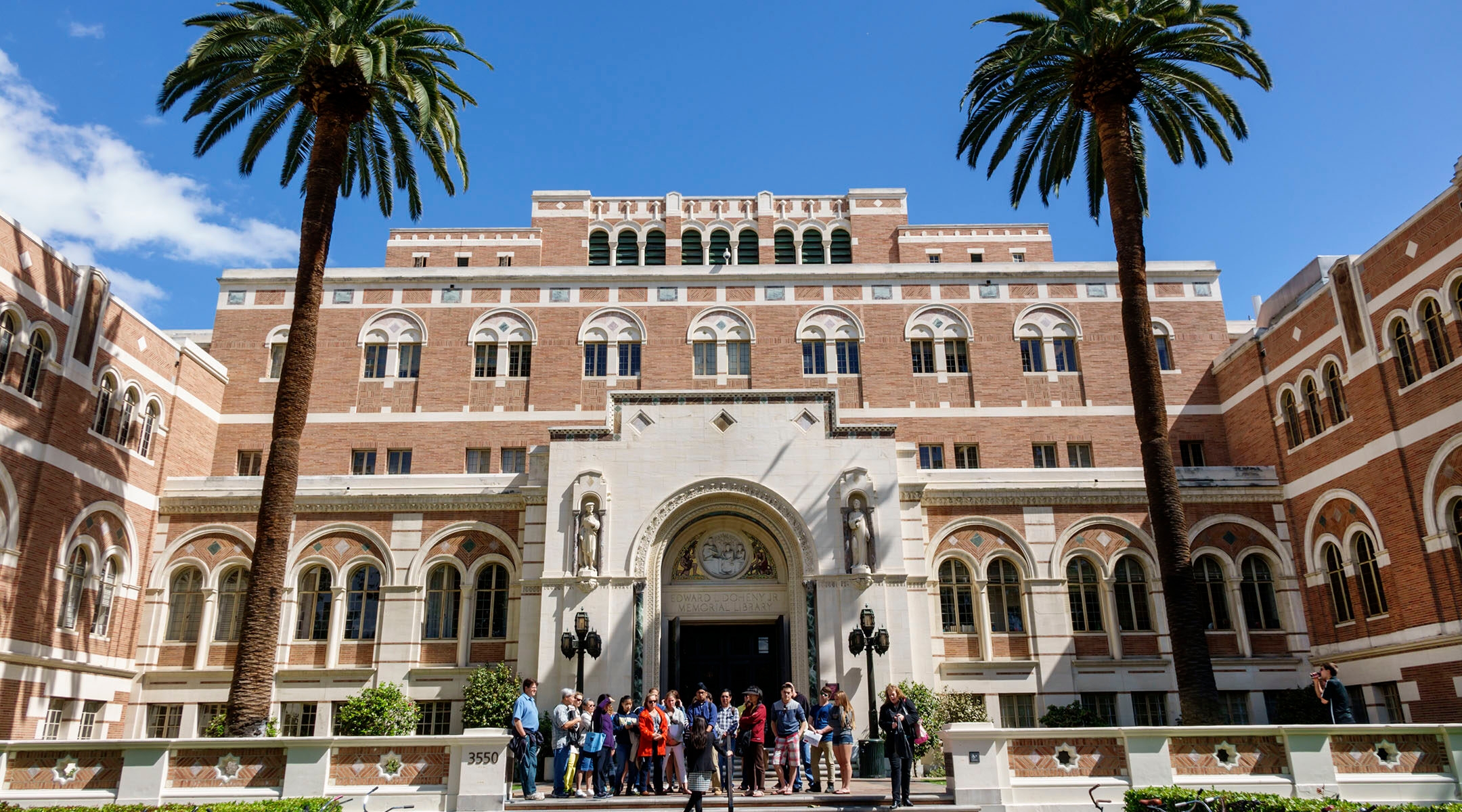 (JTA) – The U.S. Department of Education is investigating a complaint alleging that the University of Southern California fostered an environment of antisemitism on campus, in response to a student’s claim that her peers harassed her out of a student government position because of her pro-Israel views.

The complaint, which is being handled by the department’s civil rights division, stems from the campus community’s 2020 treatment of Rose Ritch, then vice president of the school’s Undergraduate Student Government.

Students launched an impeachment campaign against Ritch, who is Jewish, for what the campaign’s organizer said at the time was her tacit support of various racist microaggressions made by the student body president. But Ritch said in an open letter that her fellow students were accusing her of racism due to her Zionist views, and that some had led a social media campaign targeting her for being pro-Israel.

Ritch subsequently resigned from the student government, citing fears for her safety.

The investigation comes after the Brandeis Center for Human Rights Under Law, a pro-Israel legal group that often gets involved in campus legal issues, submitted the complaint on Ritch’s behalf. The center claims that USC failed to take significant action to protect Ritch even after she met with the university’s president and the campus Hillel chapter spoke out on her behalf.

The university is home to the USC Shoah Foundation, a nonprofit founded by Steven Spielberg that hosts thousands of hours of Holocaust survivor testimony and today is one of the largest Holocaust memorial organizations in the world.

After Ritch resigned, USC President Carol Folt issued a statement condemning antisemitism on campus and announcing the launch of Stronger Than Hate, a new initiative combating antisemitism and implicit bias to be headed by the foundation.

In a statement, the Brandeis Center said the university should have taken steps “to publicly condemn the antisemitic harassment or vindicate Rose by acknowledging that she had done nothing wrong and had been wrongly targeted on the basis of her identity.”

“I have been told that my support for Israel has made me complicit in racism, and that, by association, I am racist,” Ritch said in her open letter. “An attack on my Zionist identity is an attack on my Jewish identity.”

“USC is proud of its culture of inclusivity for all students, including members of our Jewish community,” the university said in a statement to the Jewish Telegraphic Agency. The school pointed to “a number of commitments” it had taken in the two years since Ritch’s incident, including expanding its Stronger Than Hate initiative and creating a President’s Advisory Committee on Jewish Life at USC.

“We look forward to addressing any concerns or questions by the U.S. Department of Education regarding this matter,” the school said.

In 2019, the Trump administration directed the Education Department to include Jewish students in campus anti-discrimination protections. The department has investigated civil rights omplaints directed at several major universities by Jewish students alleging they have been the targets of antisemitic harassment, including at the University of Illinois, Brooklyn College, Duke University, and the University of North Carolina.