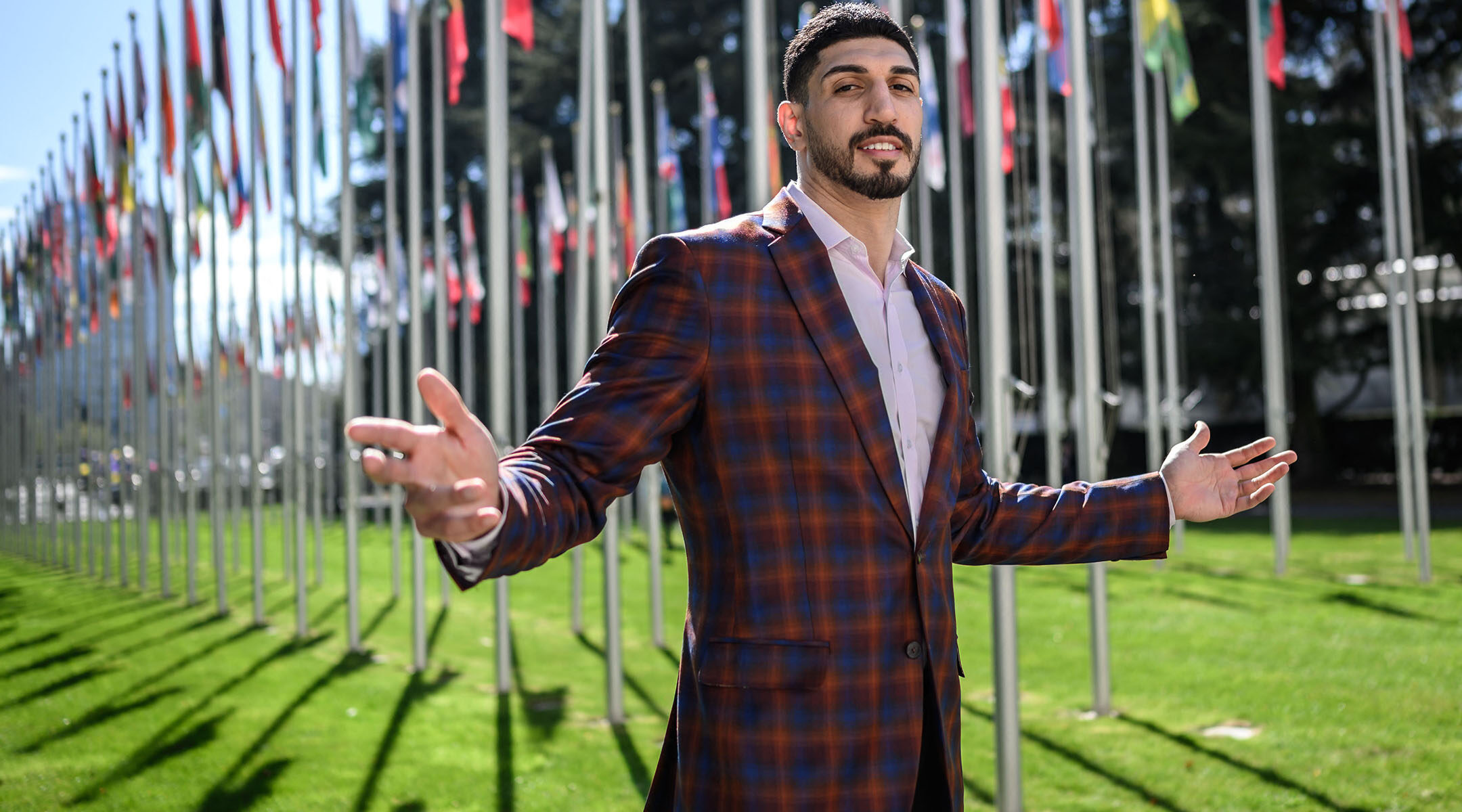 Enes Kanter Freedom poses during an interview with AFP at the United Nations Office in Geneva, April 5, 2022. (Fabrice Coffrini/AFP via Getty Images)
Advertisement

(JTA) — NBA player Enes Kanter Freedom, a Turkish Muslim known for his off-court activism, is in Israel to host an interfaith basketball clinic.

The 11-year veteran is running the Enes Kanter Freedom Unity Basketball Camp at the Jerusalem YMCA July 26 to Aug. 5. The clinic is open to 40 Jewish, Muslim, Christian and Druze children ages 10-15. It is a partnership between nonprofits Bnai Zion, Athletes for Israel and Together Vouch for Each Other US.

Former Division I college basketball star Tamir Goodman — once known as the “Jewish Jordan” — will be on hand as well.

“I believe that we can use sports to promote tolerance, respect and coexistence,” Kanter Freedom told the Jerusalem Post. “By bringing children together on a basketball court, I know we can show them the importance of respecting people of all faiths while building camaraderie and developing relationships.”

The Auburn University men’s basketball team, which is in Israel for a 10-day “Birthright for College Basketball” trip, will also participate in the clinic.

Kanter Freedom has played for five teams during his NBA career, and is currently a free agent. The 6-foot-10 center has been active as an advocate for human rights, especially in China and his home country of Turkey.

In 2019, Kanter Freedom hosted a similar basketball camp in Brooklyn, for Jewish and Muslim children. And this year, he helped shepherd a Holocaust education program at a Muslim school in Brooklyn.