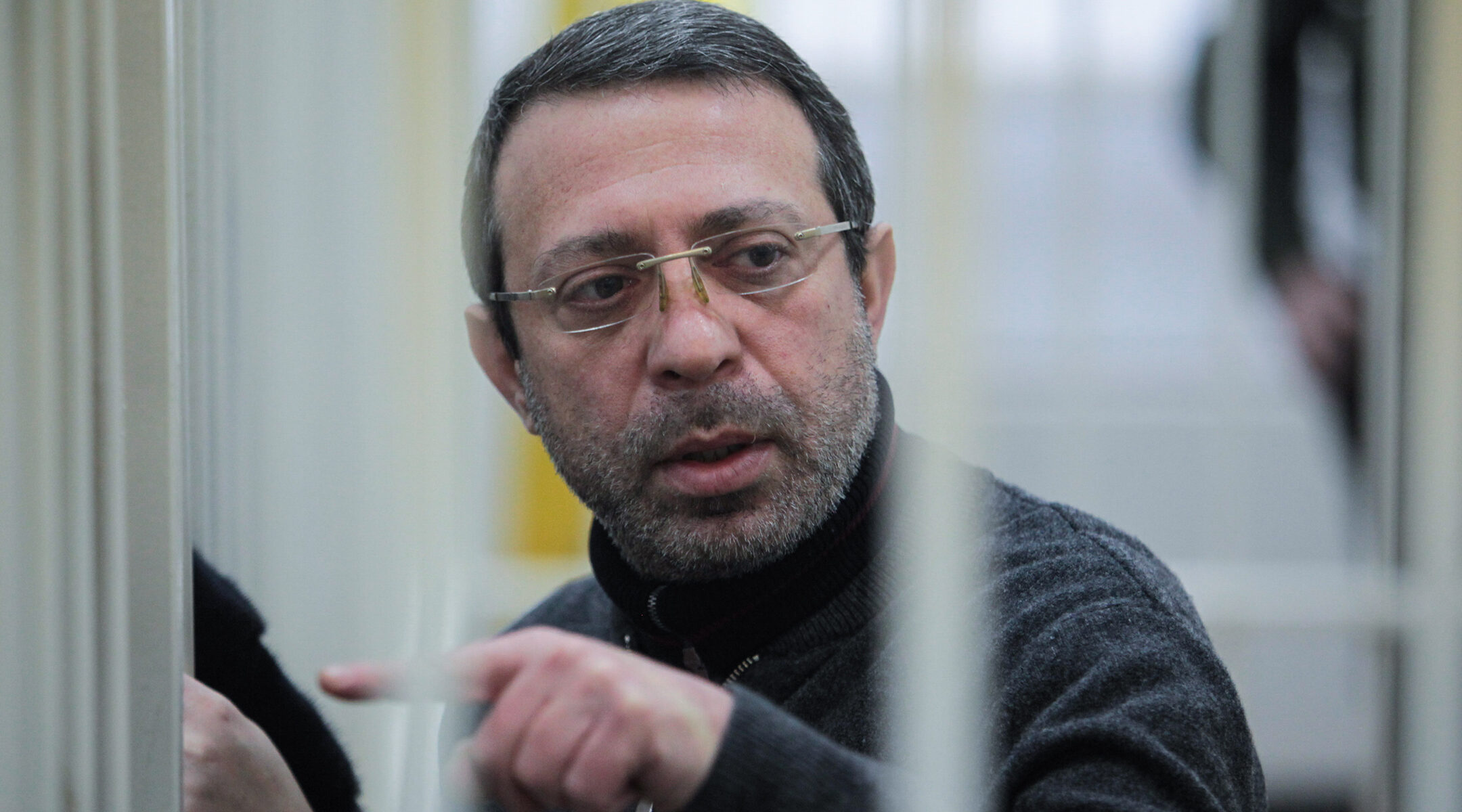 (JTA) — Why haven’t Russian troops more forcefully attacked Dnipro, the Ukrainian city that is a spiritual center of the Chabad Hasidic Orthodox movement? According to one provocative Ukrainian Jewish oligarch, the answer is an ancient Kabbalistic curse against Russia’s Vladimir Putin.

Hennady Korban, who was stripped of his Ukrainian citizenship last month, told NV, a Ukrainian broadcaster, that he had initiated the curse, known as Pulsa Denura, against Putin — and that the Russian leader knew he had done so.

The Pulsa Denura is “a procedure in which you have to warn officially the enemy or person on whom you want to perform it, so that they know that such a procedure is being initiated against them. I warned Putin. Let him think further and draw conclusions,” Korban told NV in an interview that aired Thursday.

The Pulsa Denura is meant for enemies of the Jews and is supposed to bring about the death of the person upon whom it is placed within a year. If the curse does not work, some believe, the people who placed it will die instead.

How deeply the Pulsa Denura is rooted in Jewish tradition is a matter of debate. While its name, Aramaic for “fiery lashes,” appears in some classical Jewish texts, its formulation as a curse with a specific procedure — a ceremony performed at night by 10 men over 40 years of age involving lighting candles, reciting mystical texts and, according to some, blowing shofars — appears to be a modern invention.

Still, Pulsa Denura it is widely known in Israel, where right-wing Orthodox Jews have deployed it against multiple politicians.

Extremists placed the curse against Prime Minister Yitzhak Rabin shortly before a Jewish extremist killed him in 1995. Their ceremony, held because Rabin was willing to cede land to the Palestinians, is widely understood as a low point in the use of Jewish rites within Israel’s polarizing political discourse.

(Perhaps counteracting Korban’s curse, the person who is widely credited for organizing the Pulsa Denura ceremony against Rabin, Jewish Defense League activist Avigdor Eskin, is a vocal Putin ally. In April, Eskin, a frequent contributor to Russian state television shows, said he was setting up a battalion of volunteers to help Russia’s army fight in Ukraine.) 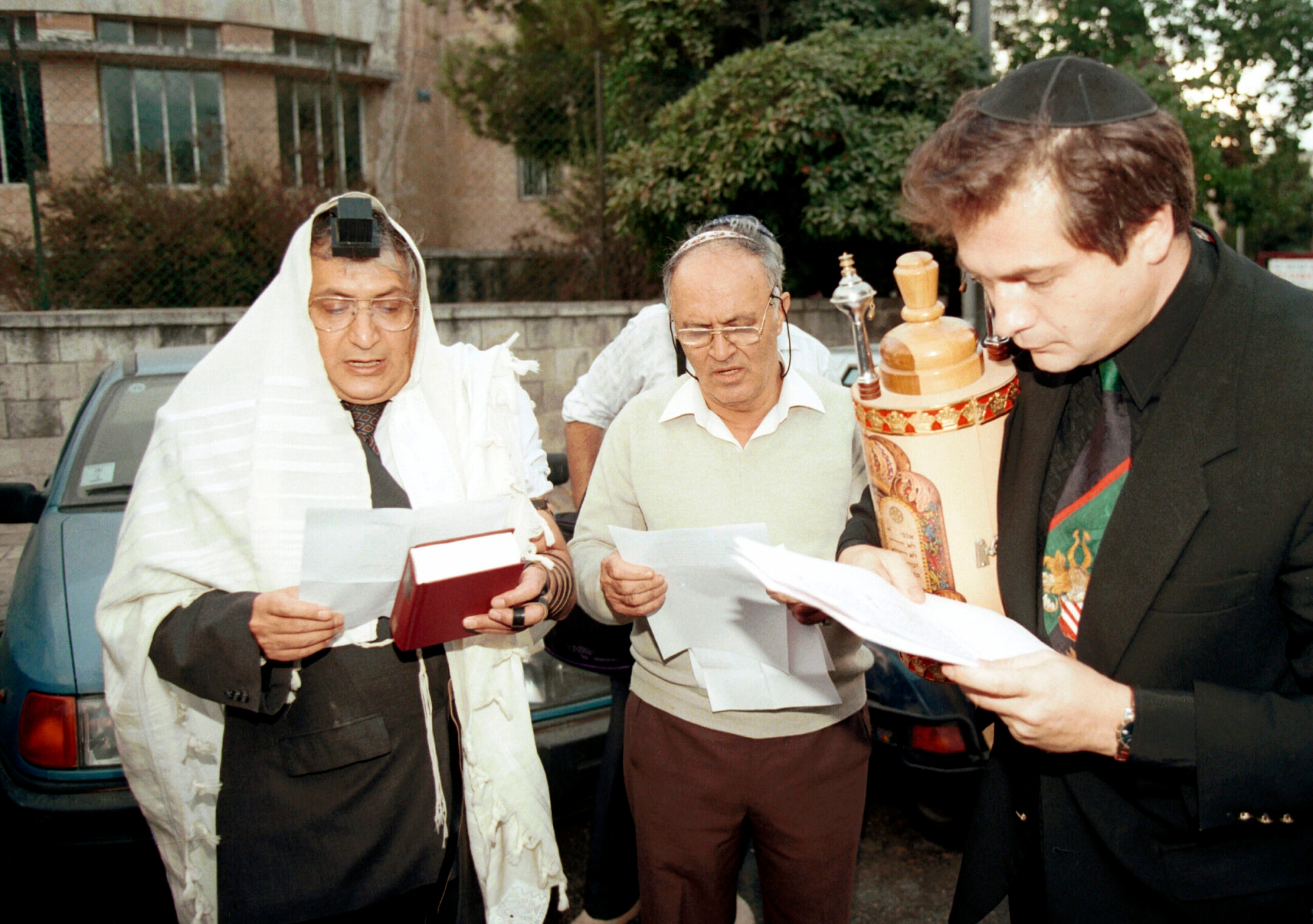 Right-wing Israeli extremists also invoked the Pulsa Denura against Ariel Sharon, who was prime minister from 2001 to 2006, because of his plan to disengage from the West Bank; six months later, Sharon had a catastrophic stroke from which he never recovered.

And in 2013, Naftali Bennett, then Israel’s economics and trade minister, received a letter explaining that a Pulsa Denura had been placed against him because he had excluded a haredi Orthodox party from his government coalition.

Korban, a mining executive who is facing corruption charges in his native Ukraine, did not say when or how he had warned Putin about the Pulsa Denura against him. But the procedure may explain, Korban said, why Putin has not taken major military actions against Dnipro, the city where Korban was born and has wielded political sway.

“I am a believing man, but I still think that this ceremony in some way also influenced the fact that so far Dnipro has not been hit. I want to knock on wood, I don’t want to jinx it, God forbid, nevertheless it is so,” he said.

It is not true that Dnipro, a city of about nearly 1 million in southeast Ukraine, has not been hit at all. While ground troops and light artillery have not reached the city, long-range missiles have — hundreds that have mostly struck civilian targets, its mayor recently told Politico. Still, it has so far fared better than many major Ukrainian cities, and its most notable building, the 22-story Menorah Center affiliated with the Chabad movement, has gone unscathed.

Korban’s curse is the latest in a long string of provocative antics by one of Ukraine’s most colorful political figures. In 2016, Korban defended himself against charges of embezzlement and kidnapping by saying that he faced the same treatment as Menachem Mendel Beilis, the Kyiv Jewish man accused of murder in a famous blood libel in 1913.

Korban was denied entry into Ukraine last month and learned that he had been stripped of his citizenship, ostensibly because he held dual citizenship, a move that Ukrainian president Volodymyr Zelensky defended as part of the normal course of affairs there. Two other prominent and politically significant Jewish businessmen were also among the roughly 100 people who lost their citizenship at the time.