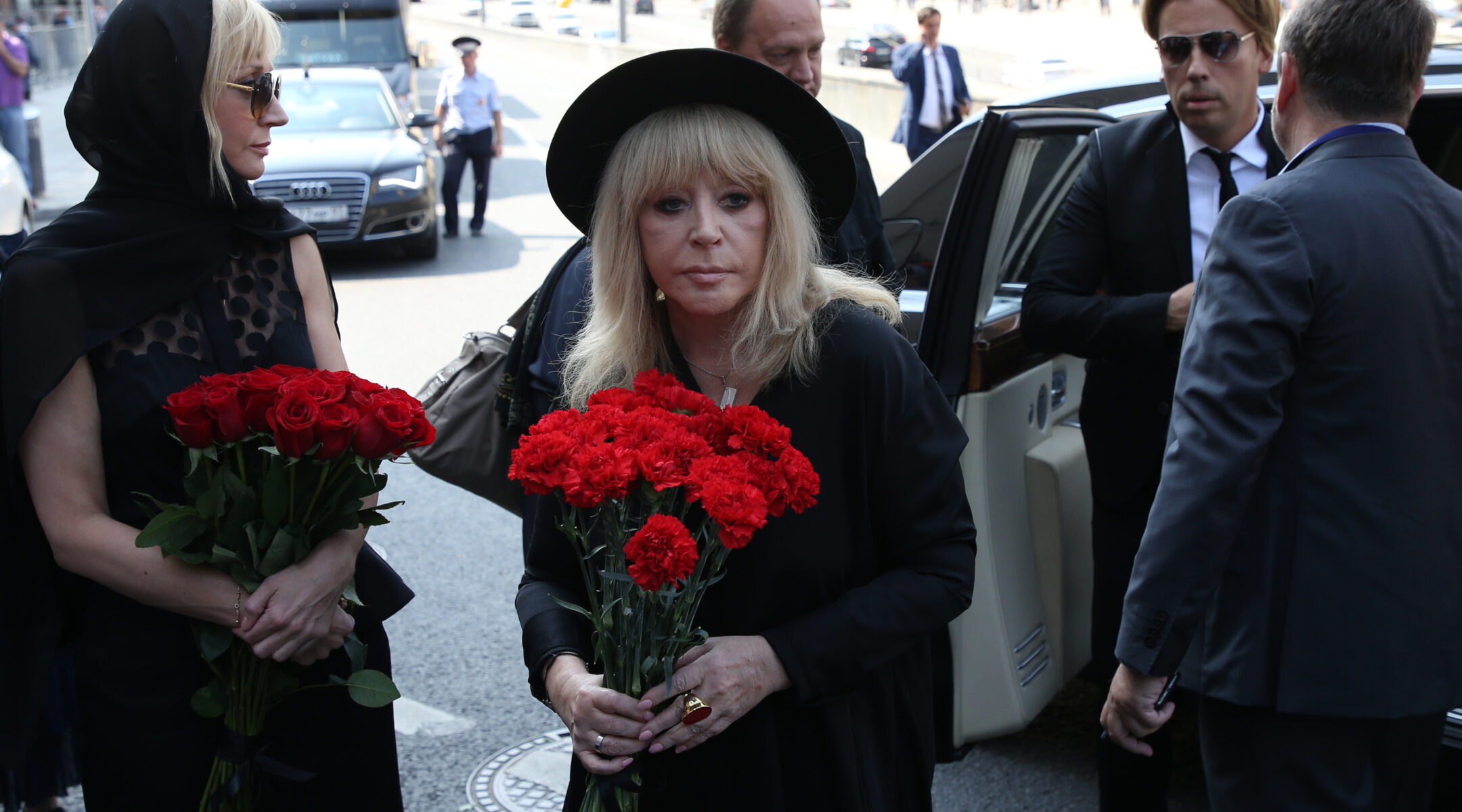 (JTA) — The famous Russian singer Alla Pugacheva made international headlines Sunday when she issued a statement condemning Russia’s war on Ukraine in an Instagram post expressing support for her Jewish husband, the comedian Maksim Galkin.

Russian authorities last week added Galkin to a growing list of “foreign agents,” a label they often apply to people and groups seen as critical of the government. The Russian Ministry of Justice claims that Galkin serves and receives support from Ukraine, according to the Russian-language news organization Meduza.

Galkin, a satirist and former TV game show host who is Jewish, said on the first day of the war that he had spoken with family and friends in Ukraine, where his mother was born in Odessa. “Words cannot express how am feeling! How is this even possible!” he wrote on Instagram at the time. “There can be no excuse for war! No to war!” His comments and subsequent ones, including in song, earned him condemnation from a top Russian official earlier this month.

“I won’t abandon humor and satire to suit the political climate,” Galkin said in response. “I joked about our politicians before, and I’ll keep joking.”

On Sunday, shortly after Galkin’s official designation as a foreign agent, Pugacheva asked to join her husband on the list, saying that the war is causing “the death of our guys for illusory goals” and that Russian citizens’ lives are growing worse because their country has become a global pariah.

It was a notable statement given the risk of speaking out against the war – or even identifying Russia’s action in Ukraine as a war, which Pugacheva did not do — amid laws cracking down on dissent in Russia. But if anyone can be heard within Russia, it is Pugacheva, who at 73 has been a household name and beloved voice across the country for more than four decades.

Until recently, Pugacheva and Galkin’s relationship was most notable for their wide age gap — she is 27 years older than he is — and the fact that Galkin is Pugacheva’s fifth husband, and soon to be longest-lasting. A couple since 2001, the pair married in 2011 and welcomed twins via a surrogate in 2013.

Shortly after Russia invaded Ukraine, the family relocated to Israel, where Galkin’s mother was treated for and died of cancer, joining the tens of thousands of Russian Jews who landed there amid concerns about the war and its affect on life in Russia. But Pugacheva signaled on Instagram at the time that the family had not emigrated, and Russian media reports suggest that she and the children returned to Moscow this summer in advance of the new school year.

Galkin, who like his wife is a household name in Russia and among Russian speakers worldwide, appears to remain abroad, Meduza reported this week. He recently announced a North American tour for early 2023.

“I request to be added to the ranks of foreign agents of my beloved country,” Pugacheva wrote in her statement. “I am in solidarity with my husband, an honest, respectable and genuine person who is a true and incorruptible patriot of Russia, who wishes his Motherland prosperity, peaceful life, freedom of speech and the end of the death of our guys for illusory goals that are turning our country into a pariah and worsening the lives of our citizens.”

Moscow’s broadening definition of foreign agents has placed any organization based outside of the country at risk of sanctions if it receives support, not just funding, from abroad. That has worried representatives of Jewish groups that continue to seek to serve Russian Jews despite the war and its effects. The Jewish Agency for Israel, which facilitates emigration to Israel, is in the midst of a legal process that could result in the closure of its Russia operations in part because of its sharing of information about Russian Jews with others outside the country.