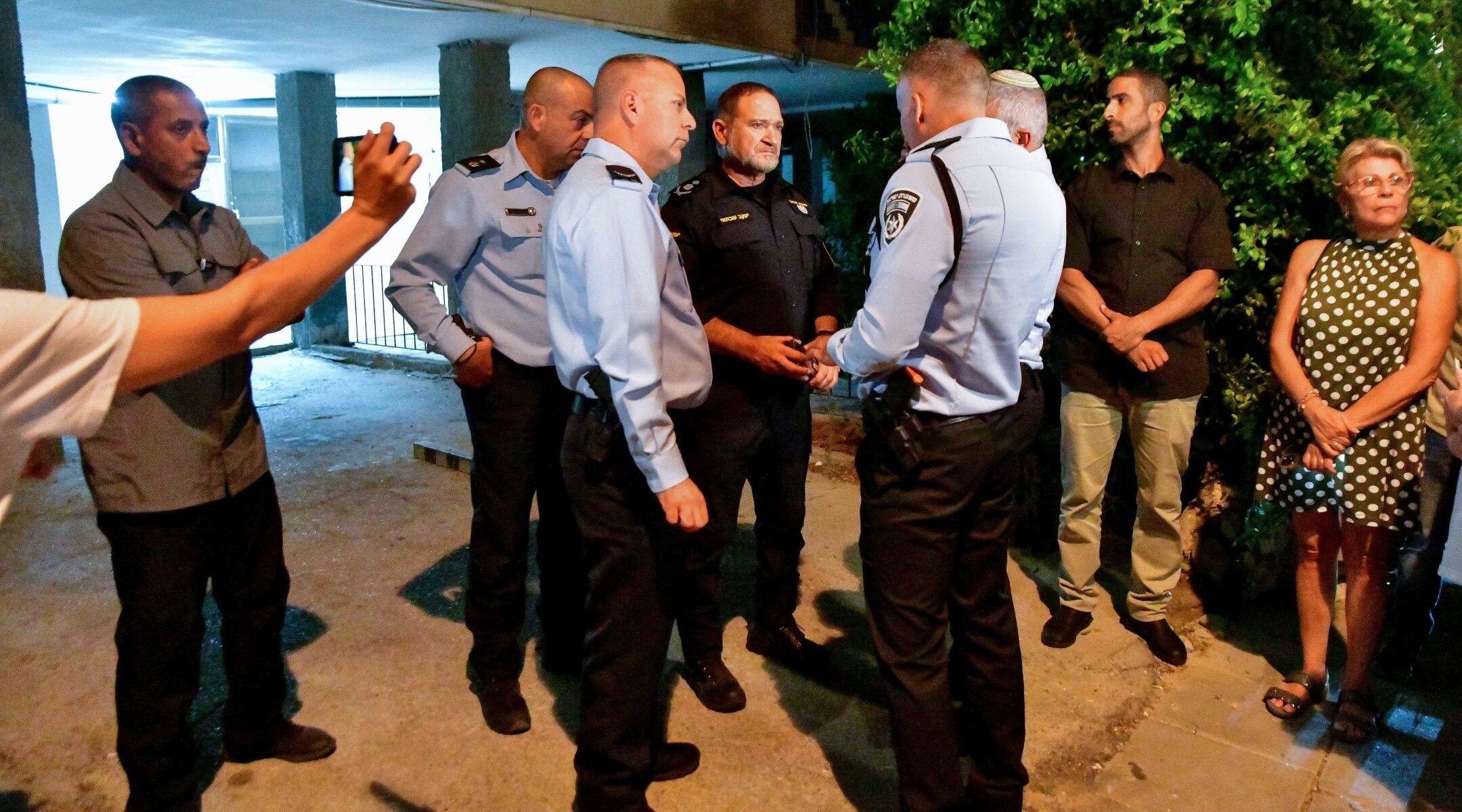 Israeli police at the scene of a suspected murder of an 84-year-old woman in Holon, Sept. 20, 2022. (Avshalom Sassoni/Flash90)
Advertisement

(JTA) — Cameras caught a man beating an 85-year-old woman to death in the central Israeli town of Holon, in what Israeli authorities are saying is a likely terrorist attack.

The suspect in Tuesday’s killing, Moussa Sarsour, a 28-year-old West Bank Palestinian who worked at a construction site near the scene of the attack, was found hanged Wednesday in downtown Tel Aviv in an apparent suicide, Agence France Presse reported.

“This is a shocking attack by a despicable and cowardly terrorist who murdered an elderly woman who could not fight back,” Prime Minister Yair Lapid said Tuesday night in a statement.

Police checked security cameras in the area after the woman was found dead on the street with her property intact, indicating it was not a robbery, Haaretz said. Kann Israel Radio said the attacker appeared to be beating her with material from the construction site.

The victim was not named.