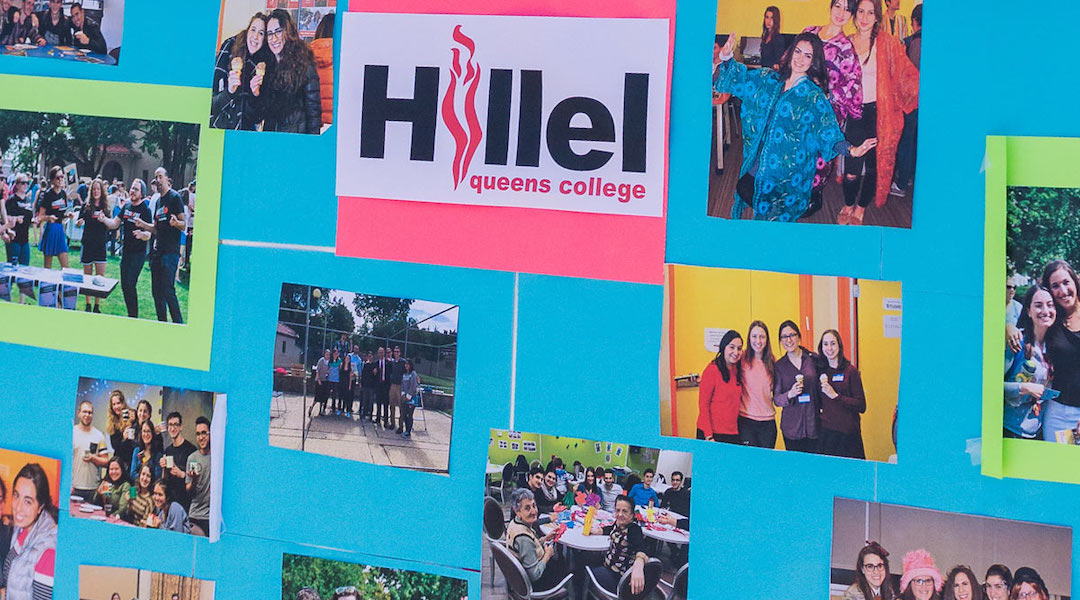 The web page is a collaboration with the Jewish Community Relations Council of New York.

The initiative also includes incorporating antisemitism into CUNY diversity, equity and inclusion trainings that don’t already include it.

The CUNY system has frequently made headlines in recent years for campus incidents that Jewish students and faculty have called antisemitic. In June, several New York City Council members held a hearing to address allegations that on several campuses anti-Israel activities had crossed the line into antisemitism.

CUNY Chancellor Félix V. Matos Rodríguez, who was a no-show at that hearing but was represented by other administrators and later met with a City Council member about the issue, said in the press release that he is grateful that Hillel is working with CUNY.

“We have remained vigilant and unequivocal in our intolerance of antisemitism, yet we know more needs to be done globally and locally to combat antisemitism and bigotry in all forms,” Rodríguez said.

The new initiatives are part of a framework developed by Hillel International called the Campus Climate Initiative. During the year-long program, university administrators partner with campus Hillels to counter antisemitism and foster a positive climate for Jewish students. The Israeli-Palestinian conflict has been a particular flashpoint on campuses around the country, especially during Israeli military clashes with militants in Gaza and surrounding attempts to pass anti-Israel boycott resolutions.

The press release noted that Rodríguez led a delegation of 12 CUNY college presidents and deans on a study tour of Israel and the West Bank in April.

Ilya Bratman, executive director of Hillel at Baruch College, told the New York Jewish Week that CUNY joining with Hillel for CCI is a direct result of “all the craziness around the summer,” referring to June’s City Council hearing.

“The chancellor understood that the pressure was on CUNY to act,” Bratman said. “I only have good things to say about his responsiveness.”

JCRC-NY CEO Gideon Taylor said in the press release that the organization “welcomes these important steps” taken by the chancellor.

“Such steps will compliment CUNY’s ongoing efforts to celebrate its diversity and to reaffirm its commitment to inclusion and equity of members of the campus community,” Taylor said.

Bratman said one of the most important parts of the initiative is for campuses to be “self-critical.”

“Campuses must say to themselves, ‘we have a problem and we must solve it,’” Bratman said. “CCI will give us the tools to be able to forward to solve some of the problems on our campuses and create a better environment for all students.”