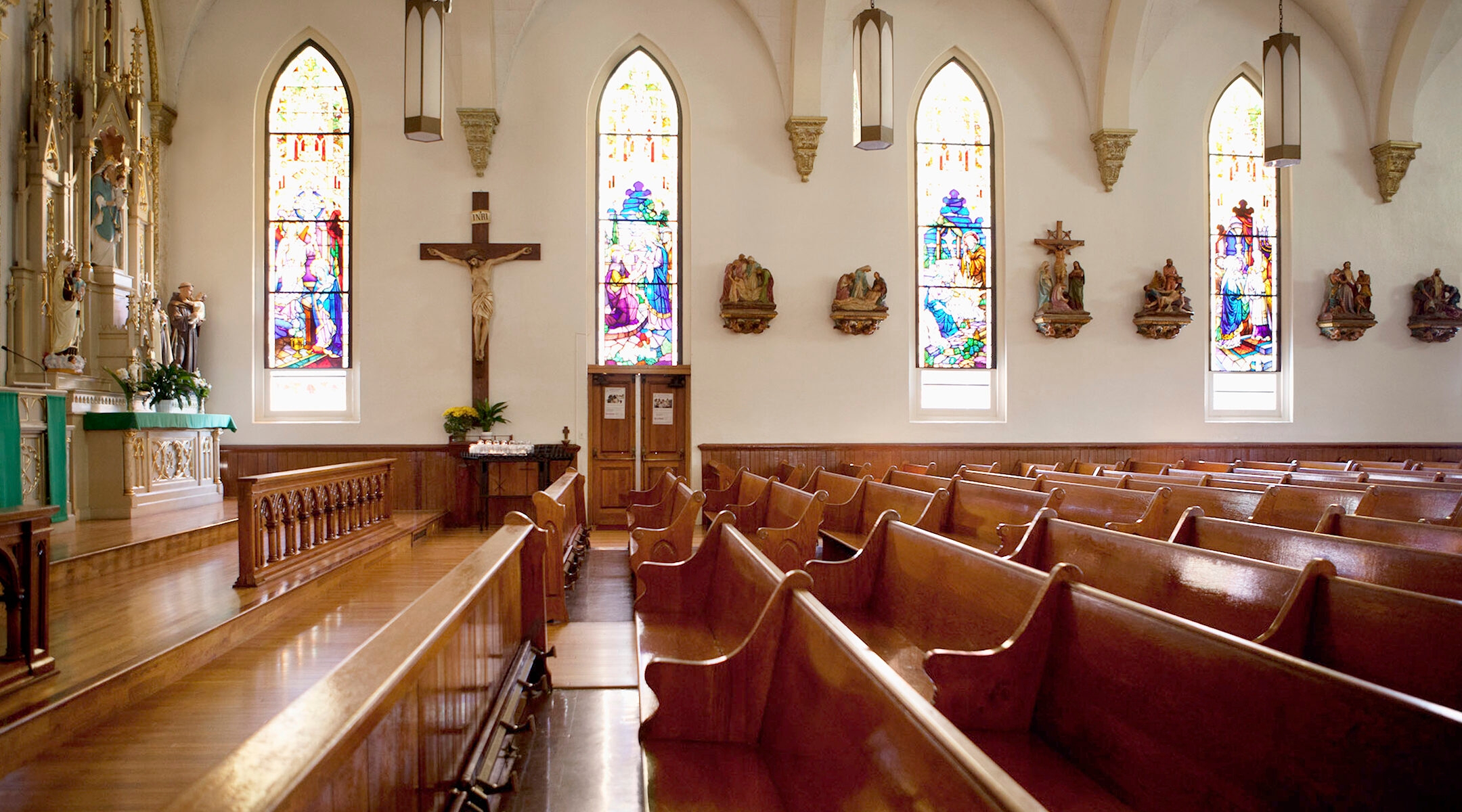 Light shines through the stained glass windows of a church. (Getty Images)
Advertisement

(JTA) – Forty-five percent of American adults believe the United States should be a “Christian nation,” according to the results of a new survey published Thursday by the Pew Research Center — the latest data point finding modern support for Christian nationalist sentiment that could threaten Jewish life in a pluralistic nation.

But Pew respondents had varying opinions on what exactly the term “Christian nation” means.

Those who supported the idea “see a Christian nation as one where people are more broadly guided by Christian values or a belief in God, even if its laws are not explicitly Christian and its leaders can have a variety of faiths or no faith at all,” Pew researchers Gregory Smith, Michael Rotolo and Patricia Tevington wrote in a summary of their findings.

Pew found that most people who support the idea of a “Christian nation” also reject specific ideas behind Christian nationalism, such as that of the federal government declaring Christianity the country’s official religion or advocating Christian religious values. A majority of all respondents also wanted to keep churches out of politics and believed Supreme Court Justices should not allow their religious beliefs to influence their decision-making.

A Pew spokesperson told the Jewish Telegraphic Agency that the survey didn’t include any questions about Jews and therefore couldn’t offer insight into what its implications toward Jews would be. Pew crafted the survey in an effort to understand the recent growth of Christian nationalist sentiments among some politicians and members of the public.

Still, the concept of a “Christian nation” is a dangerous one for Jews. Christian nationalism, which holds that the United States should base its laws and identity around Christianity and discourage or reject other religious beliefs outright, has a strong historic overlap with antisemitism, and its most vocal modern-day adherents also spout antisemitic beliefs.

One of the 20th century’s strongest American proponents of Christian nationalism, minister Gerald L.K. Smith, was a virulent antisemite and Nazi sympathizer who partnered with Father Charles Coughlin, distributed antisemitic literature nationwide and supported the deportation of all “Zionists”; his final act was to build a massive statue of Jesus Christ in Eureka Springs, Arkansas.

The country’s most prominent antisemites and white supremacists are also Christian nationalists. Nick Fuentes, the founder of a white nationalist political group who has connections to Greene and fellow Republican Rep. Paul Gosar, has declared that “we need a government of Christians” and said “Jewish people can be here, but they can’t make laws.” Andrew Torba, the openly antisemitic founder of the social network Gab who has ties to current Pennsylvania GOP gubernatorial nominee Doug Mastriano, has said he pushes Jews to “repent and accept Jesus Christ as your lord and savior.”

A number of mass shooters in recent years, including the perpetrators of the 2018 Tree of Life synagogue shooting in Pittsburgh and the Buffalo supermarket shooting earlier this year, also authored manifestos voicing support for the so-called “replacement theory,” which has its roots in Christian nationalism and holds that Jews and other minority groups are plotting to overthrow America’s white Christian majority. Fox News host Tucker Carlson has also endorsed the theory on his show.

Meanwhile, the label “Judeo-Christian,” commonly employed by Republicans to describe the idea of Jewish and Christian unity over general Christian principles, has been embraced by right-wing Jewish politicians in recent years.