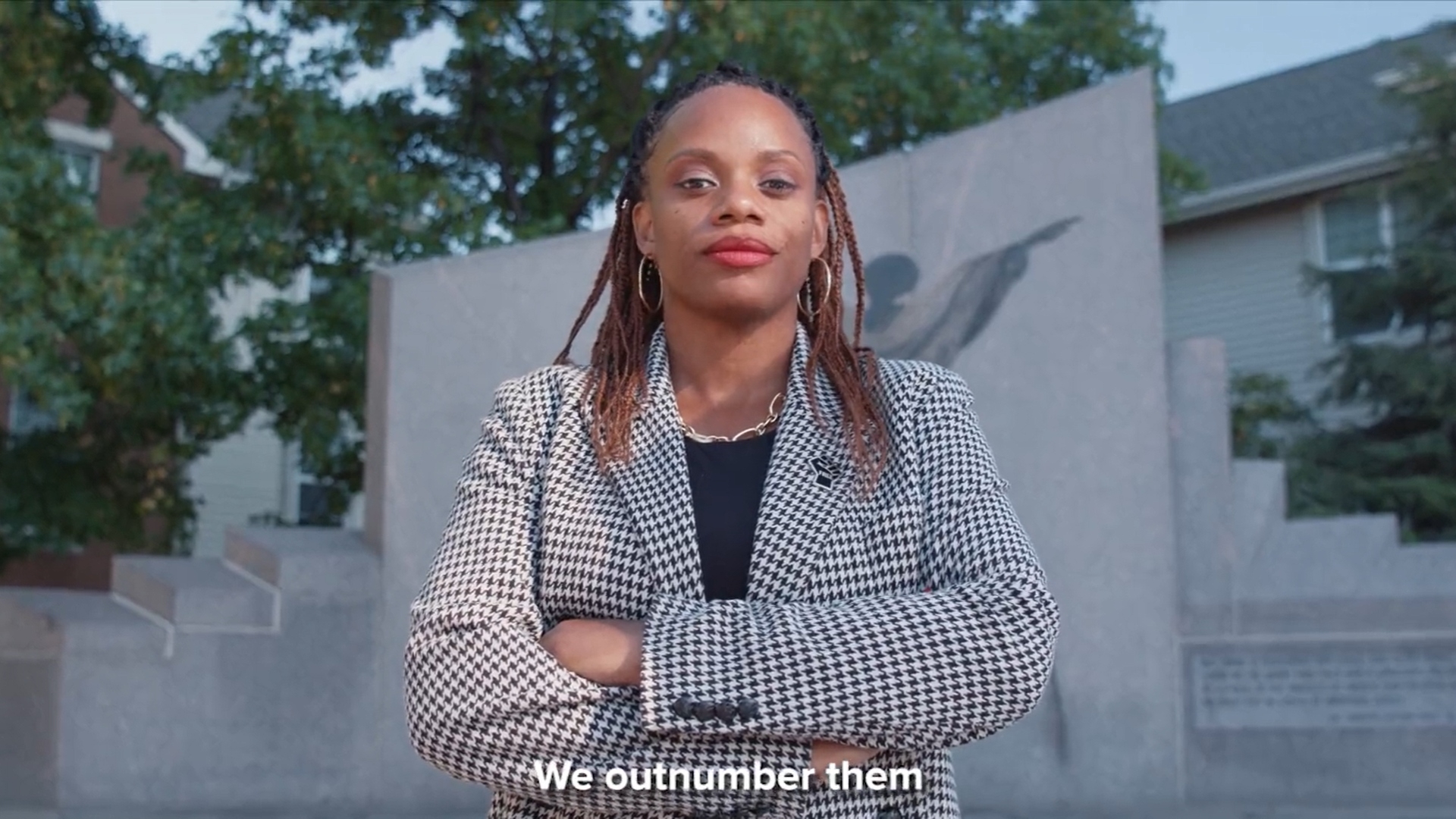 WASHINGTON (JTA) — A political action committee affiliated with the American Israel Public Affairs Committee is spending upwards of $1 million in a second bid to oppose Summer Lee, a Pittsburgh-area progressive who once likened Israel to white people who shoot Blacks.

The move by United Democracy Project so close to the election next week drew fury from progressive Democrats, including Sen. Bernie Sanders, the Jewish Vermonter and progressive standard-bearer who has clashed with AIPAC in recent years.

“The billionaires who fund AIPAC are spending $1 million against @SummerForPA because she stands with working people and against corporate greed,” Sanders said Tuesday on Twitter. “Democrats must unite and condemn this Super PAC, and do everything possible to elect Summer.” Also attacking AIPAC was Alexandria Ocasio Cortez, the prominent New York progressive in the House.

AIPAC replied: “We oppose Summer Lee because of her dangerous views of the US-Israel alliance. AIPAC and our 2 million grassroots members proudly support progressive candidates — including 148 Democrats this cycle — who don’t check their values at the door when it comes to standing with Israel.”

United Democracy Project is spending close to $1 million on TV ads and another $80,000 on fliers depicting Lee, a state representative, as a “radical” who seeks to defund the police. Neither the flier nor the TV ad mentions Israel or UDP’s AIPAC affiliation.

UDP already spent more than $2 million in an unsuccessful effort to keep Lee from winning the primary in May.

It’s not clear why UDP believes Lee, who is in a strongly Democratic district, the 12th, is vulnerable. Mike Doyle, the Republican running, has the same name as the Democrat who is retiring, and there has been reporting that Doyle the Republican hopes enough voters will confuse him with Doyle the Democrat to make the difference.

This is UDP’s only foray into a race that pits a Democrat against a Republican. Until now, the super PAC — so designated because it can spend unlimited funds as long as it does not coordinate with a campaign — has sought to back Democrats it deems as pro-Israel against those it sees as hostile. Before the Lee dump this week, UDP spent $14 million defending Democrats it has endorsed and $10 million attacking Democrats it opposes.

Lee’s campaign has barely focused on Israel; her campaign page does not list any foreign policy positions. In 2021, however, she posted a tweet likening Israel’s claims of self-defense in its dealings with Palestinians to how police defend themselves in encounters that have killed Black people.

“When I hear American pols use the refrain ‘Israel has the right to defend itself’ in response to undeniable atrocities on a marginalized pop[ulation], I can’t help but think of how the west has always justified indiscriminate and disproportionate force and power on weakened and marginalized [people],” she said then. She compared Israel to George Zimmerman, the Florida security guard who in 2012 shot and killed Trayvon Martin, a Black teenager during a scuffle.

She has since told Pittsburgh’s Jewish community that she would defend Israel’s status as a Jewish state and that her comparison was not out of line.

AIPAC is also under fire from progressives for the endorsements from another PAC it is affiliated with. The AIPAC PAC has backed over 100 Republicans who refused to certify President Joe Biden’s election on Jan. 6, 2021, after a deadly attack on the Capitol by a mob spurred by former President Donald Trump’s false claims that he had won the election. AIPAC notes that the same PAC also endorses progressives and that its sole criteria is support for the U.S.-Israel relationship.

J Street, the liberal Jewish Middle East lobby which has endorsed Lee, contrasted AIPAC’s attacks on Lee with its continued endorsement of Rep. Clay Higgins, a Louisiana Republican, who posted and then removed a tweet mocking Paul Pelosi, the husband of House Speaker Nancy Pelosi, who was hospitalized over the weekend after an attack by an assailant who allegedly embraced far-right, pro-Trump and antisemitic conspiracy theories. Higgins repeated a false anti-gay conspiracy theory in the tweet.

“AIPAC’s actions make clear that they really mean it when they say that nothing matters to them other than unquestioning support for Israel,” said Laura Birnbaum, J Street’s national political director. “Not the survival of American democracy, nor the core values and concerns of the majority of Jewish Americans.”