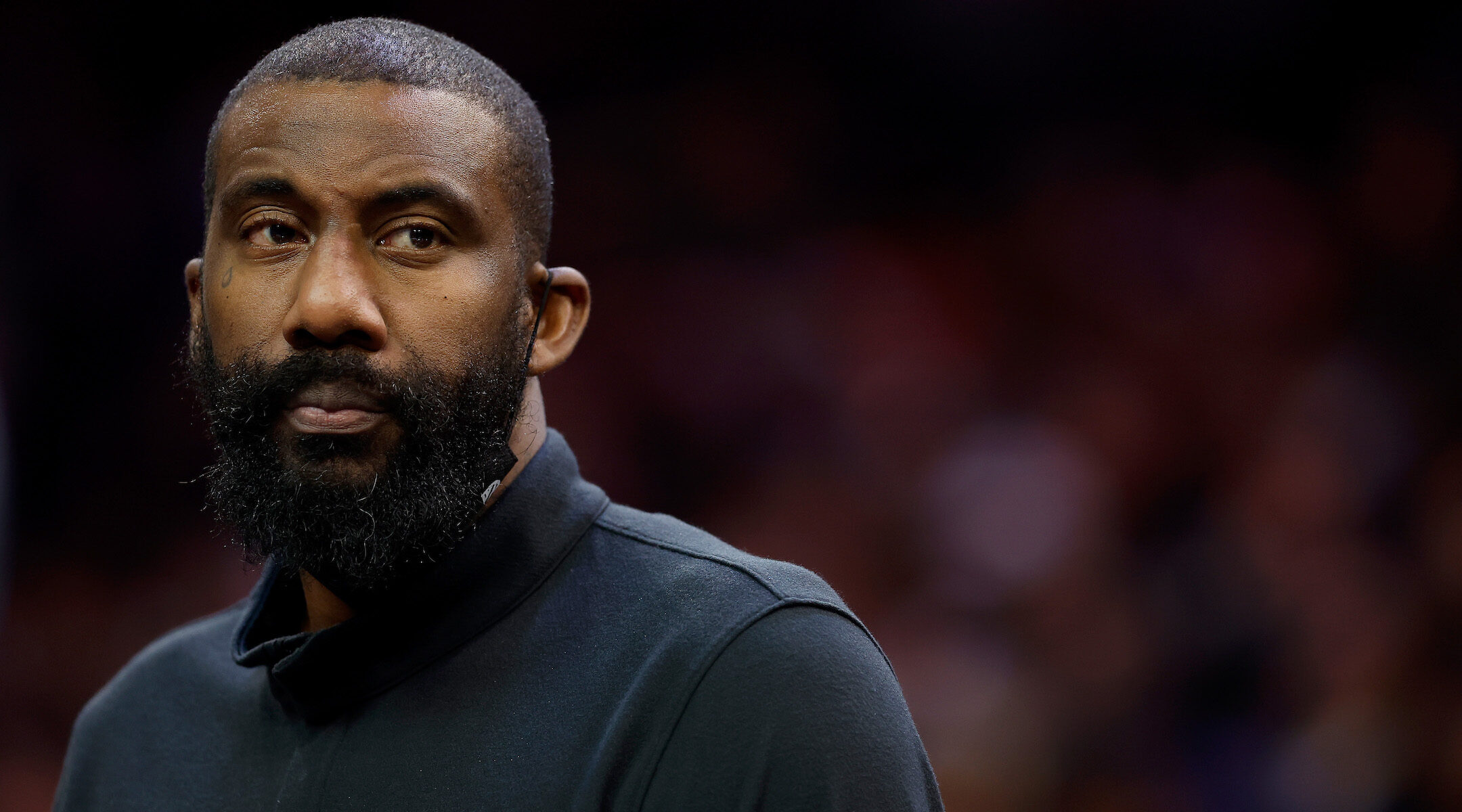 (JTA) — Former NBA star Amar’e Stoudemire first learned about the Black Hebrew Israelites, a movement whose core belief is that African Americans are the genealogical descendants of the ancient Israelites, as a teenager. After that discovery, he would start on a path of decades of research and learning that would lead to his eventual Orthodox conversion to Judaism.

As Black Hebrew Israelite ideology has been thrust into the spotlight and critiqued in recent weeks through a pair of high-profile controversies, Stoudemire has responded — as both a Jew and as someone who has in the past identified as a member of the group — by defending the movement and those who cite it.

In a tweet last month, Kanye West, the rapper who now goes by Ye, wrote “I actually can’t be Anti Semitic because black people are actually Jew…” NBA star Kyrie Irving, when pressed by a reporter last week to clarify whether he holds antisemitic beliefs, said, “I cannot be antisemitic if I know where I come from.” Irving had tweeted a link to a film that promotes Black Hebrew Israelite ideology and antisemitic tropes.

During an appearance on ESPN last week, Stoudemire had called on Irving to apologize, but stopped short of supporting a suspension. (Irving was suspended the following day for his initial refusal to apologize.)

West then called out Stoudemire in a tweet. “They make us attack each other,” West wrote. “Even our brothers who know who we truly are.”

“Kanye tweeted something about me, as if I’m turning my back on the community, as if I’m advising Kyrie to apologize for being a Hebrew Israelite,” Stoudemire said in the video, which is no longer on his page. “I would never ask Kyrie to apologize for being an Israelite, are you kidding me? I dedicated about 20-plus years of my life on researching and learning who we are as a people.”

— Former Nets coach and Knicks star Amar’e Stoudemire to Kanye West about what Kyrie Irving should apologize for pic.twitter.com/NnB11Fc24A

Stoudemire went on to say that Irving’s apology was instead for “the little portion that’s inside the video that’s hurtful to the Jewish people.” He added that, “as an Israelite it’s our job to be a holy nation, so we understand that.”

It is not clear to what extent Stoudemire, who formally converted to Judaism while living in Israel in 2020, still identifies with the Black Hebrew Israelite movement. Stoudemire left his coaching job with the Brooklyn Nets earlier this year because he said it interfered with his Shabbat observance, and he frequently posts on social media about his study of Jewish texts.

Also over the weekend, the NBA’s lone Israeli and only known Jewish player, Deni Avdija, told reporters he agreed with Irving’s suspension.

“I think people look up to him,” Avdija said when asked about it in the locker room following a game between the Nets and his Washington Wizards on Friday night. “You can think whatever you want, you can do whatever you want. Just, I don’t think it’s right to go out in public and publish it and let little kids that follow you see it, and the generations that come after to think like that, because it’s not true, and I don’t think it’s fair.”

“I’m Jewish, and I love my culture, I love my country,” he added. “It’s a little upsetting to hear some stuff about your religion. Just spread love, man. Love everybody, love all cultures.”

Few NBA players have spoken out about the controversy. LeBron James, arguably the sport’s most well-known player, is among them. He said the incident “caused some harm to a lot of people.”

“If you are promoting or soliciting or saying harmful things to any community that harm people, then I don’t respect it,” he said after a game between his Los Angeles Lakers and the Utah Jazz on Friday. “I don’t condone it.”