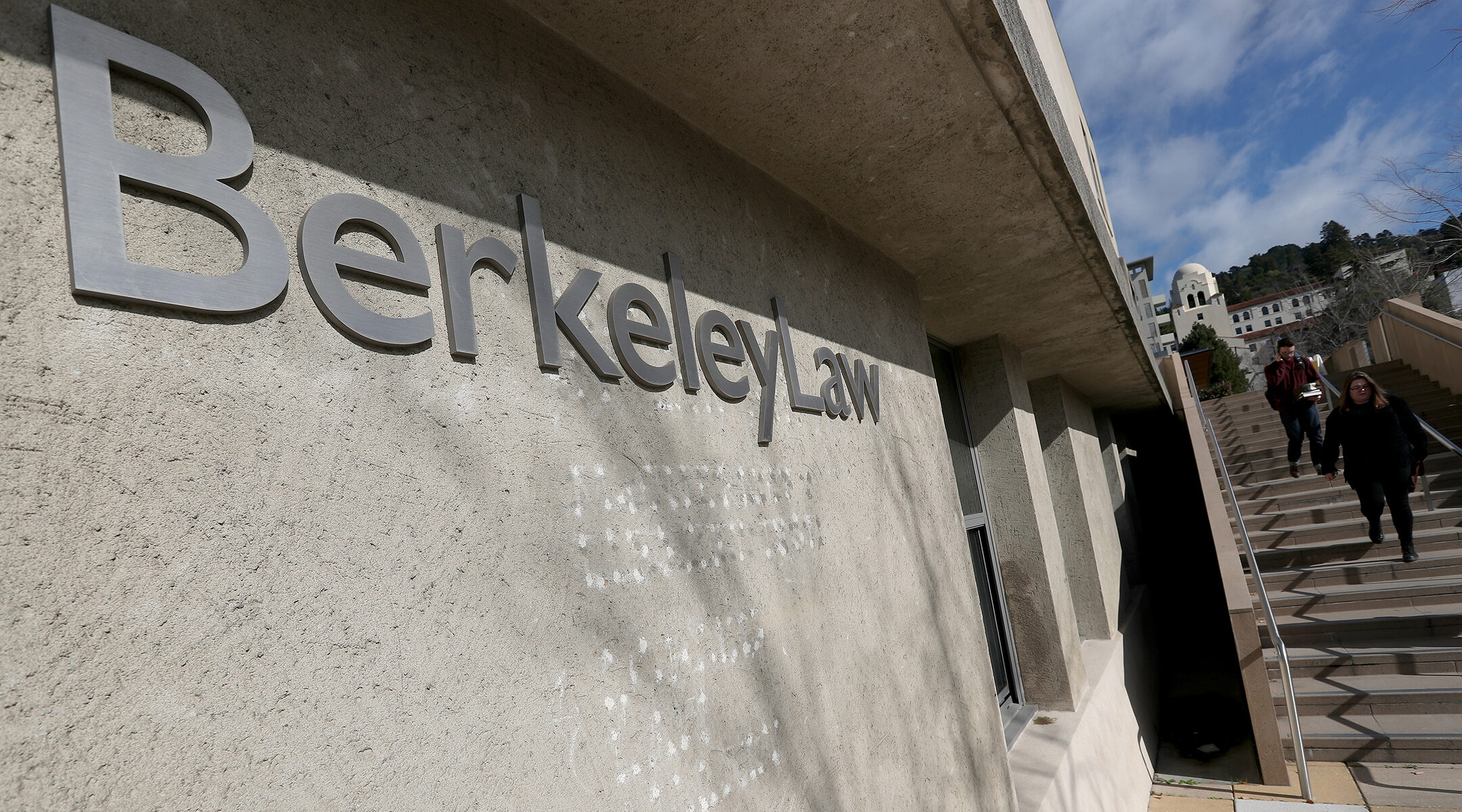 (JTA) – For months, prominent pro-Israel and right-wing groups have pushed the narrative that the University of California-Berkeley’s law school is permitting antisemitism among its students.

Now the federal government is weighing in, as the U.S. Education Department’s Office of Civil Rights says it will investigate claims that the school hasn’t done enough to protect its Jewish students — in a similar manner to the department’s investigations at other universities where watchdogs have raised alarm about campus debates over Israel.

In a letter, the department said this week it was opening an investigation into “whether the University failed to respond appropriately in the fall 2022 semester to notice from Jewish law students, faculty, and staff that they experienced a hostile environment at the law school based on their shared Jewish ancestry.”

The department emphasized that its investigation does not mean that the complaint has merit, only that it falls under the office’s purview.

The complaint, brought by the Israel-based legal group International Legal Forum and the Miami-based law firm LSN Law P.A., stems from a bylaw passed by a handful of pro-Palestinian law student groups in August. The bylaw stated that the groups would pledge not to invite to campus “speakers that have expressed and continued to hold views … in support of Zionism, the apartheid state of Israel, and the occupation of Palestine.”

Even as the law school’s Jewish dean and various other members of the faculty condemned the bylaw, it became a rallying cry among pro-Israel groups after Kenneth Marcus, a Berkeley Law alum and founder of the pro-Israel legal group Louis Brandeis Center for Human Rights Under Law, alleged in an op-ed that the school had created “Jew-free zones.” The Brandeis Center has brought several other antisemitism complaints against universities for allegedly discriminating against Zionist students.

The op-ed led to increased criticism of Berkeley from sources ranging from Barbra Streisand and Israeli antisemitism envoy Noa Tishby to the antisemitism watchdog group JewBelong, even as Berkeley’s Jewish faculty insisted that school does not have “Jew-free zones.” Outside attention included a right-wing group driving a truck emblazoned with an image of Adolf Hitler through campus, in a move that was condemned by the Anti-Defamation League.

“We initiated this claim because we said ‘enough is enough’ and decided that we must stand up for the Jewish students at UC Berkeley, who have been facing an unprecedent[ed] wave of discrimination and antisemitism on campus,” International Legal Forum CEO Arsen Ostrovsky and LSN Law partner Gabriel Groisman said in a joint statement celebrating the investigation. The groups have said they hope to compel the university to either invalidate the students’ bylaws or end funding and hosting for “organizations that engage in such blatant discriminatory conduct.”

A Berkeley Law spokesperson told the Jewish Telegraphic Agency the school would cooperate with the investigation, adding, “The campus has in place strong anti-discrimination policies that support our belief in and compliance with what we understand to be the values and obligations enshrined in Title VI [of the Civil Rights Act] and the First Amendment.”