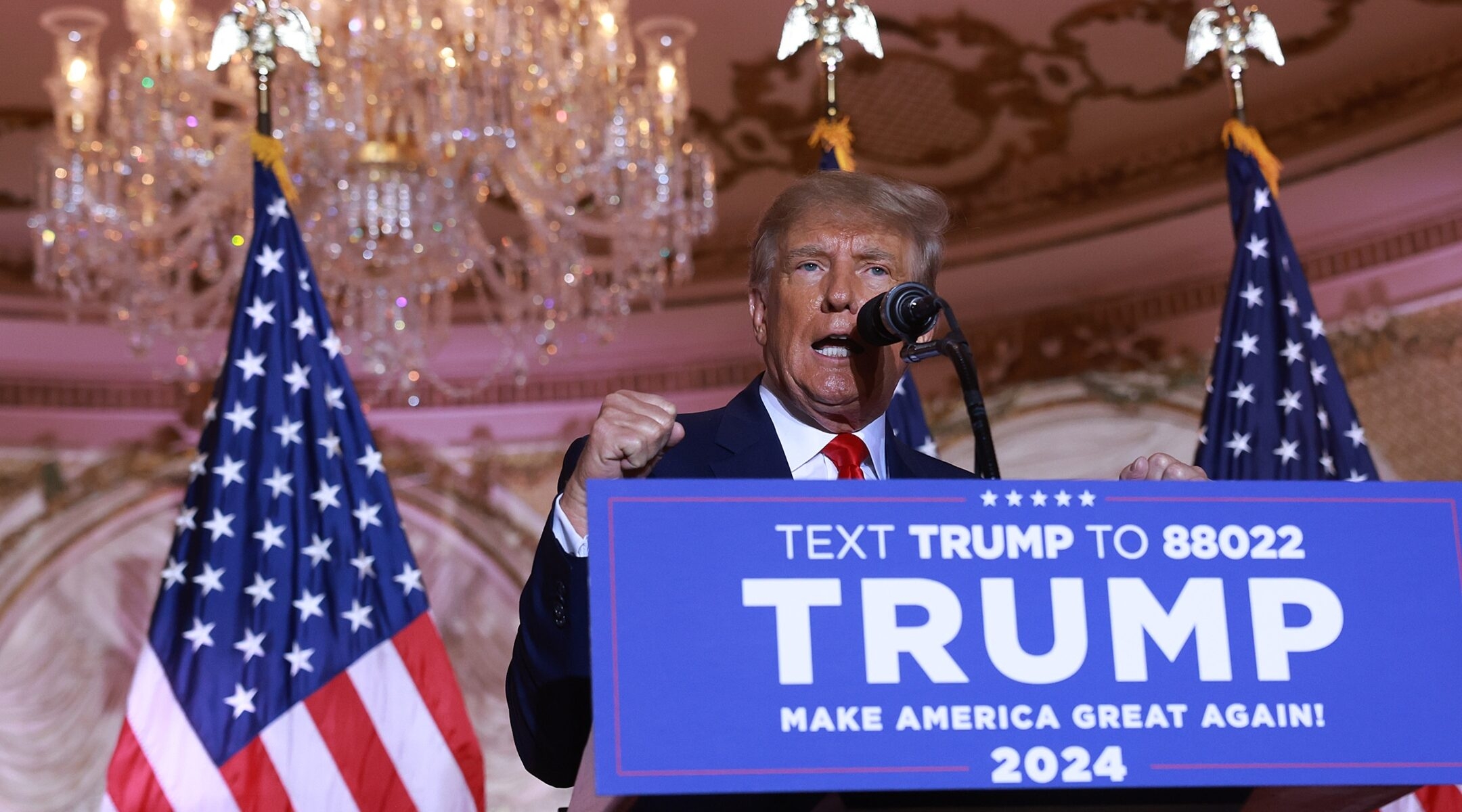 As he often does at Jewish events, the former president listed the Israel-related policy moves he made during office, including moving the U.S. embassy to Jerusalem and leaving the Iran nuclear deal. He ran through the points by reading from an article by one of his admirers, Rabbi Dov Fischer.

But Trump earned the most applause and a standing ovation when he mentioned he released Sholom Rubashkin from prison. Rubashkin, the former chief executive of Agriprocessors, what was then the largest kosher slaughterhouse in the country, was in 2009 convicted of bank fraud and money laundering charges. His sentence of 27 years was much longer than others convicted of similar crimes, and there was at least one instance of prosecutors in the case making Jewishness an issue, calling him a flight risk to Israel although there was no indication Rubashkin had plans to flee there.

Trump also repeated the lie that he won the 2020 election, to scattered applause, when he mentioned the Abraham Accords, the normalization agreements between Israel and four Arab countries he brokered in his last months in office. “If the election weren’t stolen we would have all of the countries signed,” he said.

The speech came a week after Trump drew further criticism for saying Jewish leaders “lacked loyalty” in the wake of his dinner last month with Kanye West, the rapper who has gone on antisemitic tirades for months, and Nick Fuentes, a prominent Holocaust denier whom the Anti-Defamation League deems a white supremacist. (The Fischer article Trump was reading, as much as it listed his accomplishments, notably rebuked him for entertaining West and Fuentes; Trump did not mention this.)

Toward the end of his speech, Trump once again rebuked American Jews for not voting for him in larger numbers.

Trump’s remarks Friday at his National Doral property in Miami were first reported by COLlive, which reports on news pertaining to the Chabad-Lubavitch movement. He spoke to a conference of Torah Umesorah, a group that promotes haredi Orthodox education, for under 30 minutes.

Torah Umesorah, which trains Jewish educators, has for a number of years held its annual Presidents Conference at the Trump property. Trump did much better electorally with Orthodox Jews than he did with the broader Jewish community.

This is not the first time Trump has addressed a Jewish group since his election to the presidency in 2016. He has spoken to the Republican Jewish Coalition, the Zionist Organization of America and to the Israeli-American Council.