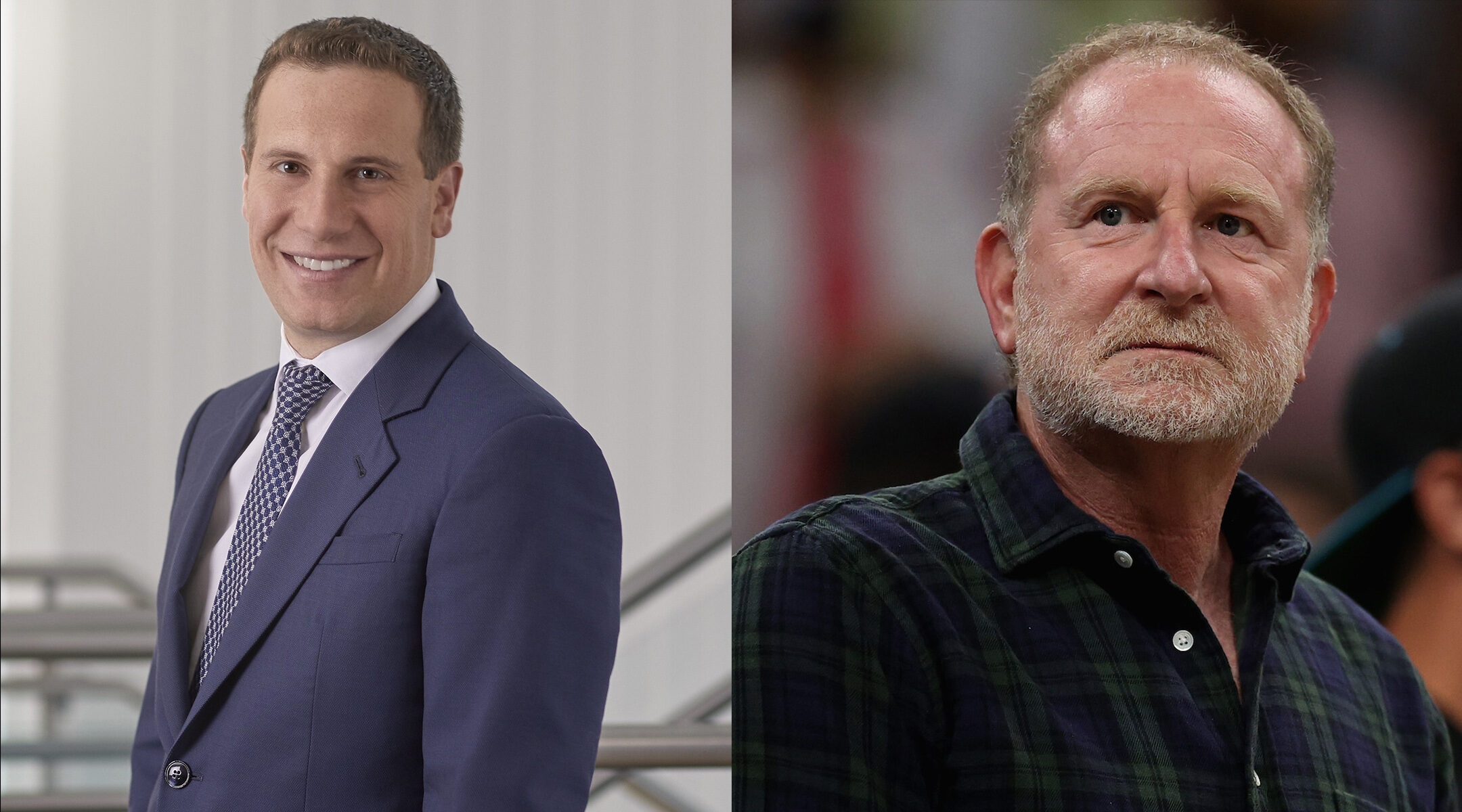 (JTA) — Mat Ishbia, a billionaire mortgage lender who in high school was named Jewish athlete of the year by his hometown Jewish newspaper, has reportedly reached a $4 billion agreement to purchase the NBA’s Phoenix Suns and WNBA’s Phoenix Mercury.

Ishbia is buying the teams from Robert Sarver, who cited his Jewish identity when he announced in September that he would sell the basketball teams he has owned since 2004.

Sarver, a real estate businessman with a net worth of nearly $1 billion, announced the sale after facing a suspension and $10 million fine as a result of an investigation that found a pattern of inappropriate and abusive behavior, including racist remarks and sexual harassment toward employees.

“As a man of faith, I believe in atonement and the path to forgiveness,” Sarver said in a statement at the time, which was just before the High Holidays when teshuvah, the Jewish idea of repentance, is a central theme. The Tucson native is a member of the Reform synagogue Temple Chai in Phoenix.

Ishbia, president and CEO of Michigan-based United Wholesale Mortgage, has a net worth of $5.6 billion, according to Bloomberg. His firm is the largest wholesale mortgage lender in the United States.

According to ESPN, Ishbia has been pursuing NBA and NFL teams in recent years and has a relationship with NBA commissioner Adam Silver, who is also Jewish. The sale will become final pending approval from the NBA’s board of governors.

The $4 billion price tag is the most expensive in basketball history, and second-highest for a North American sports franchise, behind only the $4.65 billion sale of the NFL’s Denver Broncos in June. At 42 years old, Ishbia will become the NBA’s youngest team owner.

Ishbia was a walk-on basketball player at Michigan State University, where he played in three Final Fours and won a national championship in 2000. His $32 million gift to his alma mater in 2021 was the largest individual donation in the school’s history.

Ishbia also played for Detroit’s youth Maccabi team at 13 years old, and as a senior in high school was named Jewish athlete of the year by the Detroit Jewish News. He is a member of the Michigan Jewish Sports Foundation’s board of governors.

Justin Ishbia, Mat’s brother, will make a sizable investment and serve as the teams’ alternate governor, according to ESPN.

Justin was one of the most giving Jews in the most recent campaign cycle. Both brothers have given widely, to both Democrats and Republicans.

In 2020, Mat Ishbia donated to both Republicans seeking Senate seats in Georgia, both of whom lost. Last year, he donated to the campaign of Alex Lasry, the Jewish Milwaukee Bucks executive who briefly ran for Senate in Wisconsin.