Reconstructionist Judaism moves to back reparations for African Americans 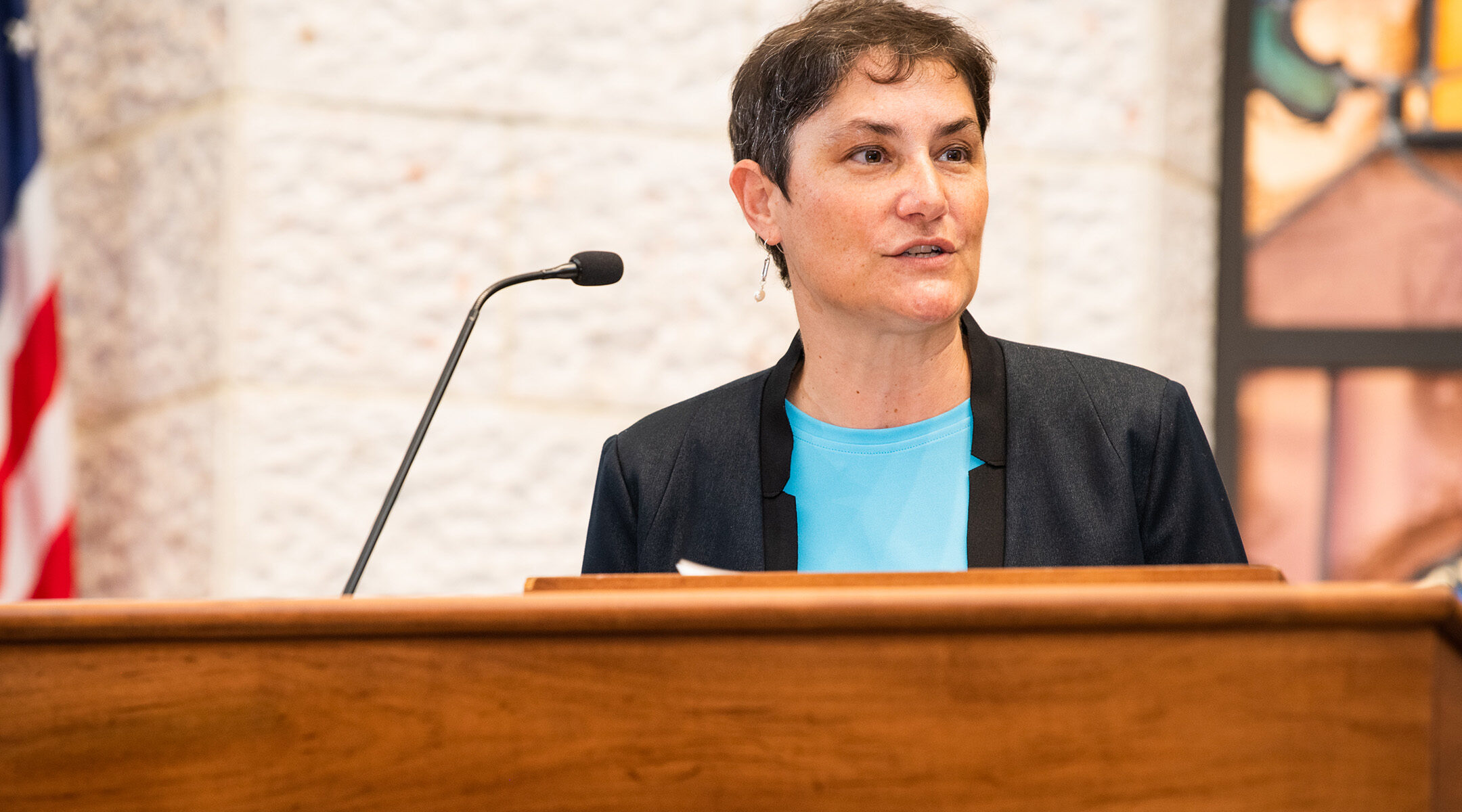 (JTA) — The congregational arm of Reconstructionist Judaism has endorsed reparations for Black Americans, approving a resolution that calls for “ongoing learning,” “deep reflection” and “teshuvah,” or repentance.

But the resolution approved by Reconstructionist congregations earlier this month does not mention financial compensation for those who have been harmed by American slavery and its lasting effects.

“The goal of this resolution is to establish a moral position around reparations,” said Rabbi Micah Geurin Weiss, whose title is assistant director for thriving communities and tikkun olam specialist at Reconstructing Judaism, the movement’s official name. “We understand that as a religious movement we are uniquely positioned to do so.”

During a Dec. 11 Zoom call, representatives of 47 congregations voted in support of the resolution and 11 abstained. There were no negative votes. Reconstructing Judaism has 95 congregations and recognized havurahs, or groups that meet outside of traditional synagogues, with an estimated 50,000 members.

The vote was a penultimate step in a process that began nearly two years ago, when the movement’s 370-member rabbinical association passed a “statement of resolve on reparations and antiracism.” If approved in January by Reconstructing Judaism’s board of governors, the resolution will serve as a guide for rabbis and congregations, as well as the Reconstructionist Rabbinical College and the movement’s affiliated enterprises.

Reconstructing Judaism, with which about 1% of American Jews are affiliated, is not the first major Jewish movement in the United States to express support for reparations, seen by advocates as an essential step in moving toward racial equity.

The Union of Reform Judaism passed a resolution at its 2019 conference backing the creation of “a federal commission to study and develop proposals for reparations to redress the historic and continuing effects of slavery and subsequent systemic racial, societal, and economic discrimination against Black Americans.”

Reconstructing Judaism’s resolution calls for the same commission, which was first introduced in Congress in 1989 but has never come to a full vote. The resolution also urges movement congregations to engage in “ongoing learning about systems of oppression and structural racism, and about how these systems have caused, and continue to cause, harm in our communities.” It also urges them to join racial justice initiatives led by people of color, and to take “concrete steps to repair the harm” of racism and injustice. Those “concrete steps” are not specified, nor is a timetable laid out.

Rabbi Deborah Waxman, president and CEO of Reconstructing Judaism, told the Jewish Telegraphic Agency that the resolution and its demands could feel uncomfortable for some.

Related: The case for reparations, according to two Jews living in the first American city to offer them

“For the Jewish people, engaging in this conversation means getting real about doing this work about racial justice, facing that reality rather than using it as a pretext to shy away,” she said. “This is about urging our communities and our movement at large to look at systemic racism really squarely, and for individuals to do their own reckoning and for communities to do their own reckoning.”

It is essential for that reckoning to take place in part because Reconstructing Judaism has a diverse membership, said Rabbi Sandra Lawson, the movement’s director of racial diversity, equity and inclusion.

“The Reconstructionist movement is doing the work of how do we deal with the fact that we have people in our communities whose families have been harmed and continue to be harmed,” said Lawson, who is Black. She added, “The solutions piece is what frightens people, I think.”

Lawson’s first Jewish community was at Congregation Bet Haverim, a Reconstructionist congregation in Atlanta, a city often referred to as the cradle of the civil rights movement.

“Our congregation includes descendants of both the enslaved and their enslavers. But telling the full truth means owning the responsibility we all share,” said Bet Haverim’s rabbi, Mike Rothbaum. “My Ashkenazi Jewish ancestors were racially ‘other’ both in Europe and when they arrived in the U.S., and yet, the developments of the 20th century allowed their descendants — myself included — to access whiteness and its privileges.

“That journey across racial borders reveals the arbitrary nature of race in the U.S.,” Rothbaum added. “It demands that we as Jews talk about it, both publicly and privately. If we can be honest in private, our next step is to publicly stand in solidarity with Black folks in Georgia who continue to face the repercussions of racial injustice — substandard healthcare, mass incarceration, underfunded schools, voter suppression, restricted access to employment and credit.”