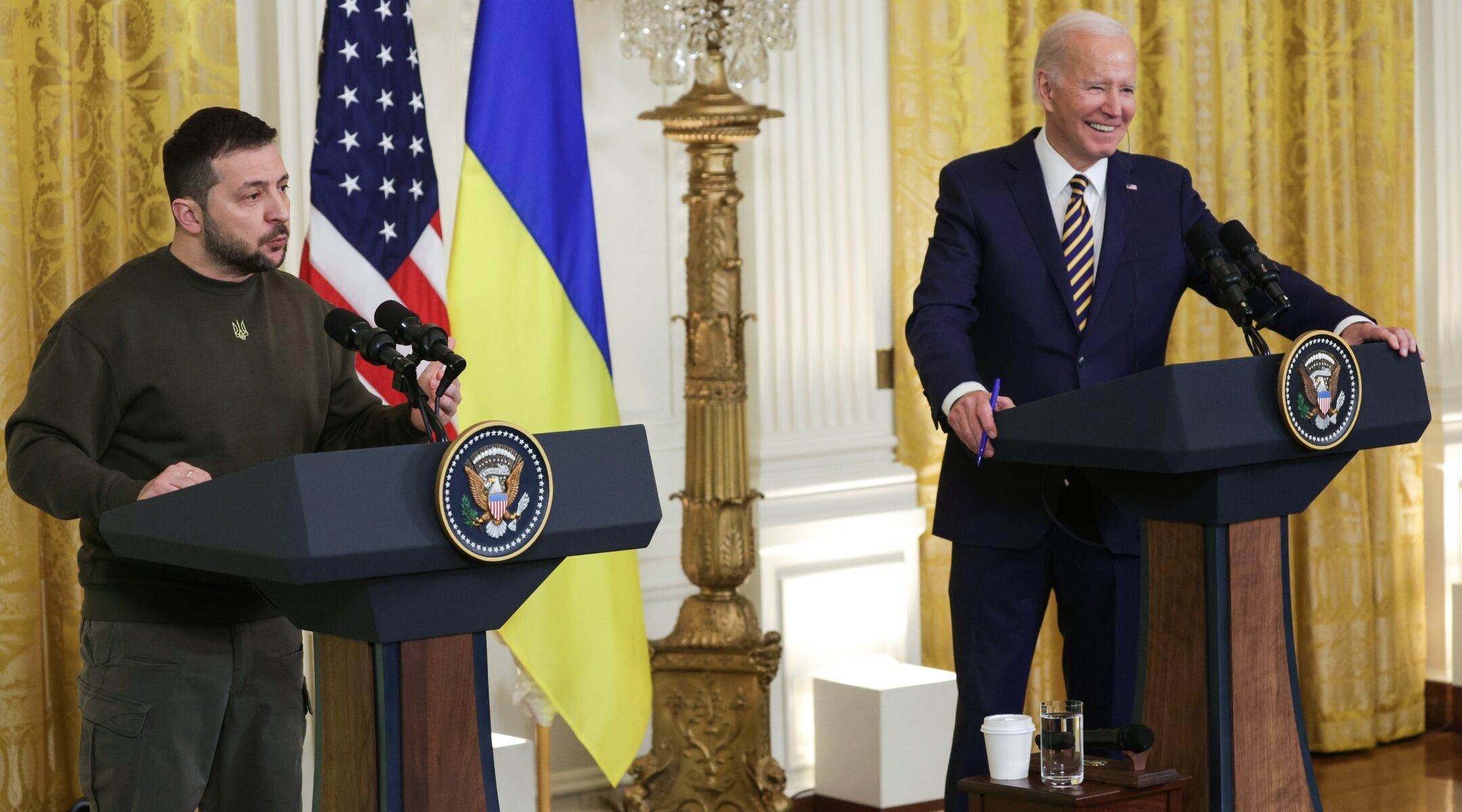 “Tonight is the fourth night of Hanukkah,” Biden said Wednesday standing next to Zelensky, who was on a last-minute visit to Washington to speak to Congress and appeal for the approval of more assistance for Ukraine. It was Zelensky’s first foreign trip since the start of Russia’s invasion in February.

“A time when Jewish people around the world, President Zelensky and many families among them, honor the timeless miracle of a small band of warriors fighting for the values and their freedom against a much larger foe and how they endured and how they overcame,” Biden continued. “How the flame of faith with only enough oil for one day burned brightly for eight days. The story of survival and resilience that reminds us on the coldest day of the year, that light will always prevail over darkness.”

It was a message that Zelensky himself struck in a message to Ukrainians just before the start of the holiday on Sunday.

“Congratulations to the Jewish community of Ukraine and all the Jews of the world on Hanukkah. Those who were outnumbered defeated those who outnumbered them. Light defeated darkness. It will be the same this time,” he said at the end of a longer video update about the status of the war. He finished in Hebrew: “Chag Hanukkah Sameach.”

Biden’s comments echoed a comparison between Zelensky and Judah Maccabee, the hero of the Hanukkah story, that emerged early on in Ukraine’s defensive war. “Zelensky gives modern Maccabee energy,” one writer wrote at the time.

Biden, along with Democrats in Congress and a number of Senate Republicans, wants to pass a $1.7 trillion spending bill before Congress adjourns at the end of the year, fearing that once Republicans assume leadership of the U.S. House of Representatives they will stymie spending. Among the expenditures opposed by House Republicans is $45 billion earmarked for Ukraine.

The $1.7 trillion package unveiled this week also includes $3.8 billion in defense assistance for Israel and $305 million for security grants for nonprofits, an increase from $180 million. Jewish groups lobbied for the increase in nonprofit assistance, saying it was needed in the wake of a perceived increase in violent antisemitic attacks.

The Biden administration has had a number of Hanukkah celebrations this year, using them as a platform to denounce antisemitism.