Jack Dann is a brilliant science fiction writer. He’s also Jewish–though in much of his writing, that’s merely a fun background fact. But Dann’s classic short story “Jumping the Road,” originally published in 1992, is a wonderful exception to the rule–a story about aliens, Jews, and Jews who are aliens.

In the far future, humans discover a planet named Ulim (similar to the Hebrew word for “world”) with a small population of native Jews. These alien Jews have a parallel history to Earth’s Chosen People–they have the same Torah, the same rituals, the same Hebrew language, and even wear the same kind of tallit (prayer shawl) as their cousins across the galaxy. But the Ulim Jews are only three feet tall, with scaly alligator skin.

A Hasidic Master on Earth sends the fun, grumpy Isaac ibn Chabib to Ulim to investigate. Soon, he unearths a much larger (and stranger) story than simply two parallel Jewish histories. We won’t give away the whole plot, but let’s just say that it involves plum brandy, time-traveling talmudic rabbis, and a whole lot more.

Grandma Was Friends With a Nazi?

These Hilarious, Podcasting Jewish Yentas Have Got the Goods 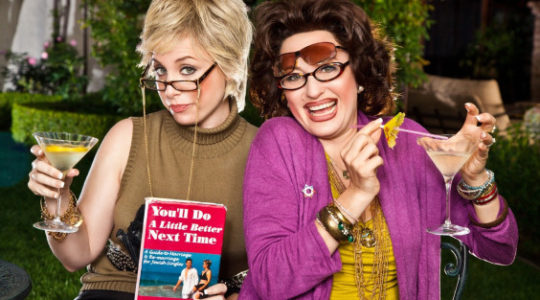