Was Leo Bloom a Jew?

On June 16th, literary geeks around the world (and on the Internet) celebrate Bloomsday, a holiday named after Leopold Bloom, the protagonist of James Joyce’s novel Ulysses.

Ulysses is 783 pages, but it takes place entirely on one day–June 16. Its plot mirrors Homer’s Odyssey, with Bloom standing in for Odysseus and his wife, Molly, as Penelope. There’s even a Cyclops, an unnamed citizen who berates Bloom’s Jewishness. Leo “defeats” him by remarking that the man’s own savior, Jesus, was a Jew.

In fact, Bloom does not consider himself Jewish–his father was Jewish; his mother Protestant; and Bloom converted to Catholicism in order to marry his wife. Still, he is frequently mistaken for a Jew. Additionally, his hat and coat and large nose (see Joyce’s own sketch of Bloom, to the right) suggest a Jewish caricature. Joyce actually modeled Bloom after his close friend, the Jewish writer Aron Ettore Schmitz.

In Philadelphia, the Rosenbach Museum, which houses the original manuscript of Ulysses, celebrates Bloomsday each year with a marathon reading of the book. And on Twitter, a writers’ collective has adapted the book for Bloomsday, in the original time sequence. 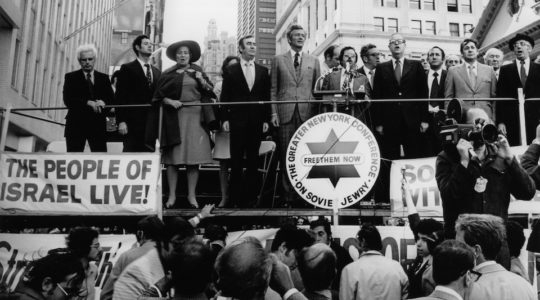