The video for Moshe Hendel’s new song “Come with Me” doesn’t seem like much. Just the singer, sitting in a rainswept alley, with an acoustic guitar, reflected in a bunch of puddles.

But Moshe Hendel doesn’t need any more than that. His debut album, Lost Treasure, which opens with that song, is both fierce and simple. Most of the album is a voice and a guitar–and that very nakedness is part of what makes it sound so amazingly good.

Most of the time, the Jewishness of Hendel’s songs isn’t readily apparent. The track “Lost Treasure” is based on a Hasidic parable about a pauper who dreams of buried gold and then tries to unearth it. Then, toward the end of “Where Can You Take Me,” the album’s final song, the soft backing drums suddenly turn to thunder. Hendel’s voice shakes and he breaks into singing a Hebrew “Hallelujah,” a single line from Psalm 148, over and over again. Just listening to the song feels like a sublime religious experience. Maybe it is. 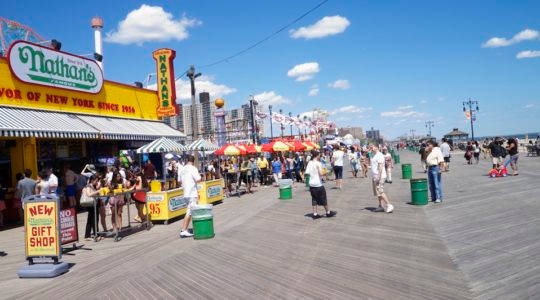