“There are marine animals,” writes Rashi, an 11th century Bible commentator, “half of whose bodies are of human form, and half in the form of a fish.”

So begins the curious debate over whether medieval Torah scholars—including Rashi–believed in the existence of mermaids. According to Rabbi Natan Slifkin’s book, Sacred Monsters, Rashi’s belief in mermaids stemmed from a section in the Talmud about dolfinin, which were said to reproduce like humans and were referred to as “the people of the sea.” Modern day readers are quick to connect these dolfinin of the Talmud with the dolphin of today—after all, dolphins do copulate while lying belly-to-belly and show above average intelligence when compared to other animals.

Yet Rashi didn’t have the kind of access to scientific research that we now do, so it’s no surprise that he may have gotten a few of his facts wrong. Rashi refers to these creatures in French as sereine, which derives from the latin siren, meaning mermaid. He also stated that man could breed with thesereine.

Over the centuries, Rashi’s reputation lent credence to the belief in mermaids among many Torah scholars. Rabbi Slifkin writes of insular Orthodox communities who still believe that if Rashi spoke of mermaids, they must indeed exist.

The Fifteen Commandments
Gays, Gypsies and Jews
The Strange Yom Kippur History of the Word ‘Scapegoat’ 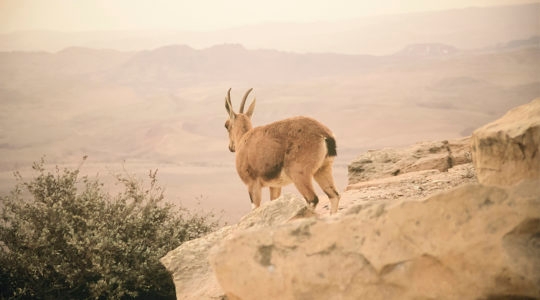