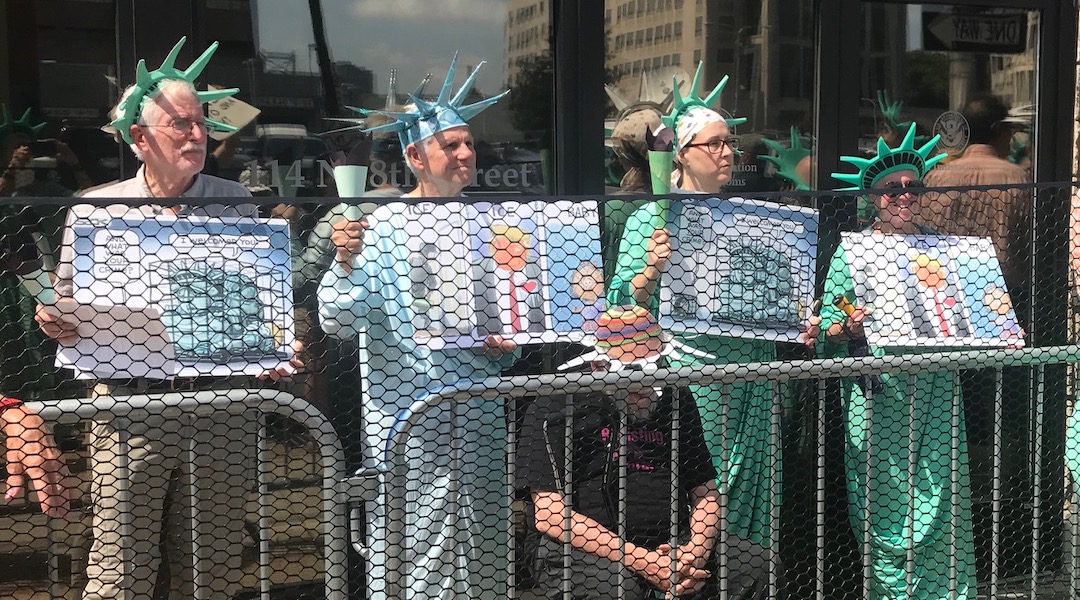 (JTA) — A husband and wife who are both rabbis were arrested after blocking the entrance to the Immigration and Customs Enforcement agency’s building in Philadelphia to protest the the Trump administration’s treatment of migrant children.

Rabbi Arthur Waskow, 86, a longtime political activist known for his 1960s Freedom Seder — which compared the Passover story to the Civil Rights struggle — and Rabbi Phyllis Berman were among four senior citizens arrested Wednesday by federal agents during the protest organized by a group calling itself ElderWitness and Friends. The couple also were fined.

Last summer, Waskow was detained at the same location during a similar demonstration.

Waskow, aligned with the Jewish Renewal movement, told the Jewish Telegraphic Agency that he he saw his arrest as “connected with a major wave of Jewish protests, including arrests, that swept across the country on or about Tisha b’Av in August,” adding that he believed it was “the first such event in American Jewish history, when a large segment of the Jewish community publicly and vigorously opposed a major policy priority of the U.S. government.”

This summer saw a wave of Jewish protests across the United States against U.S. immigration policy.