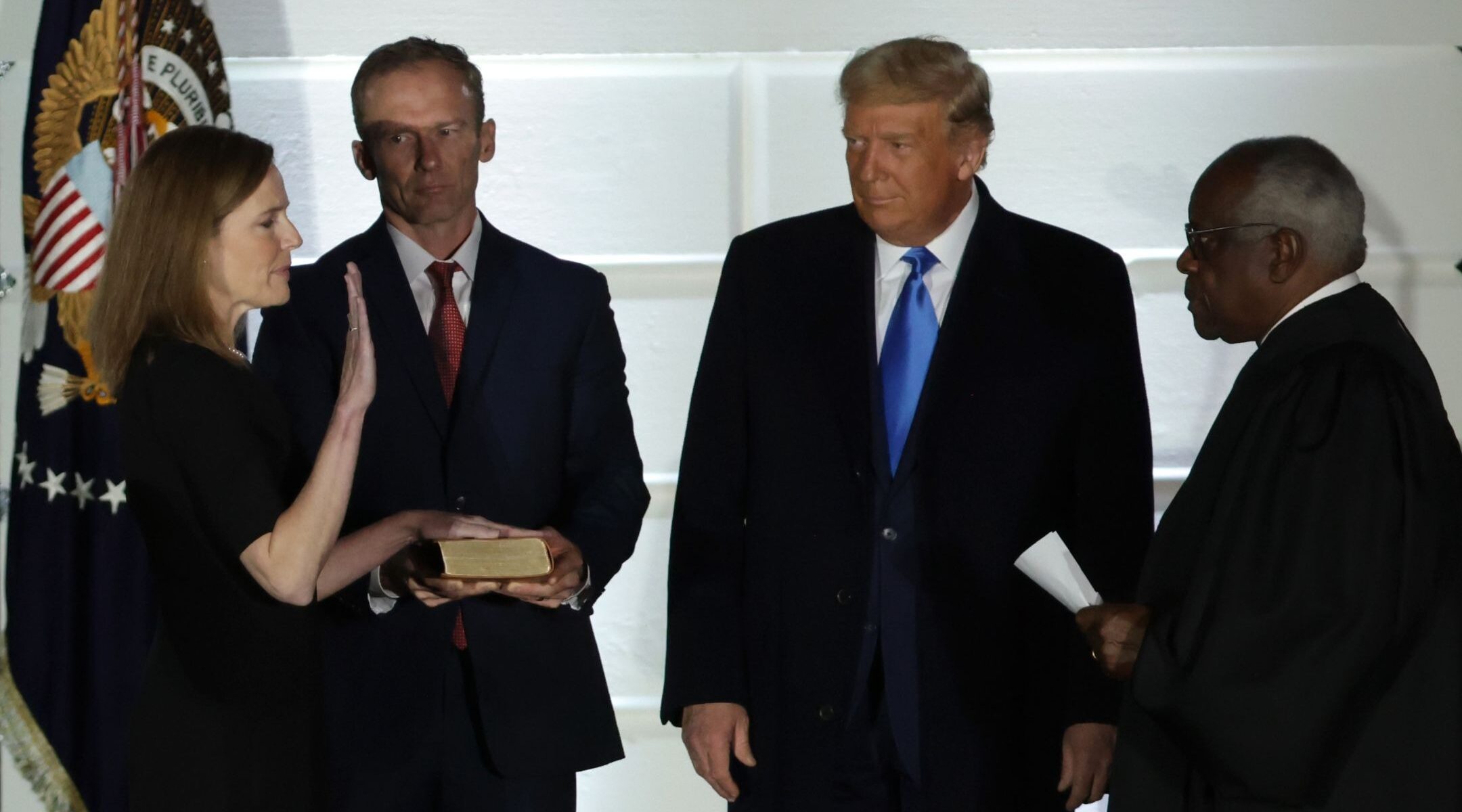 President Donald Trump watches as Amy Coney Barrett is sworn in by Supreme Court Justice Clarence Thomas, as her husband Jesse Barrett, second from left, holds a bible during a ceremonial swearing-in event on the South Lawn of the White House, Oct. 26, 2020. (Alex Wong/Getty Images)
Advertisement

WASHINGTON (JTA) — Hours after she was confirmed in a narrow party-line vote in the U.S. Senate, Amy Coney Barrett was sworn in at the White House as a Supreme Court justice.

Barely an hour earlier, the Senate approved her in a 52-48 vote. The sole senator to cross party lines was Susan Collins of Maine, a Republican who joined Democrats in voting against Barrett.

Sen. Mitch McConnell of Kentucky, the Republican majority leader, rushed through Barrett’s nomination before Nov. 3 elections, when polls suggest Democrats might take the presidency and the Senate.

The rush by McConnell and Trump infuriated Democrats, who noted with bitterness McConnell’s refusal to give a hearing in 2016 to Merrick Garland, nominated in March of that year by President Barack Obama, because McConnell said then it was inappropriate to approve a judge in an election year.

A number of liberal Jewish groups joined others in speaking out against Barrett, citing evidence in her past statements that she favored overturning Roe v. Wade, the 1973 Supreme Court decision upholding a woman’s right to an abortion, and undoing the Affordable Care Act, Obama’s signature legislation.

Conservative Jewish groups and figures, however, indicated their approval of Barrett, saying she would protect religious freedoms.