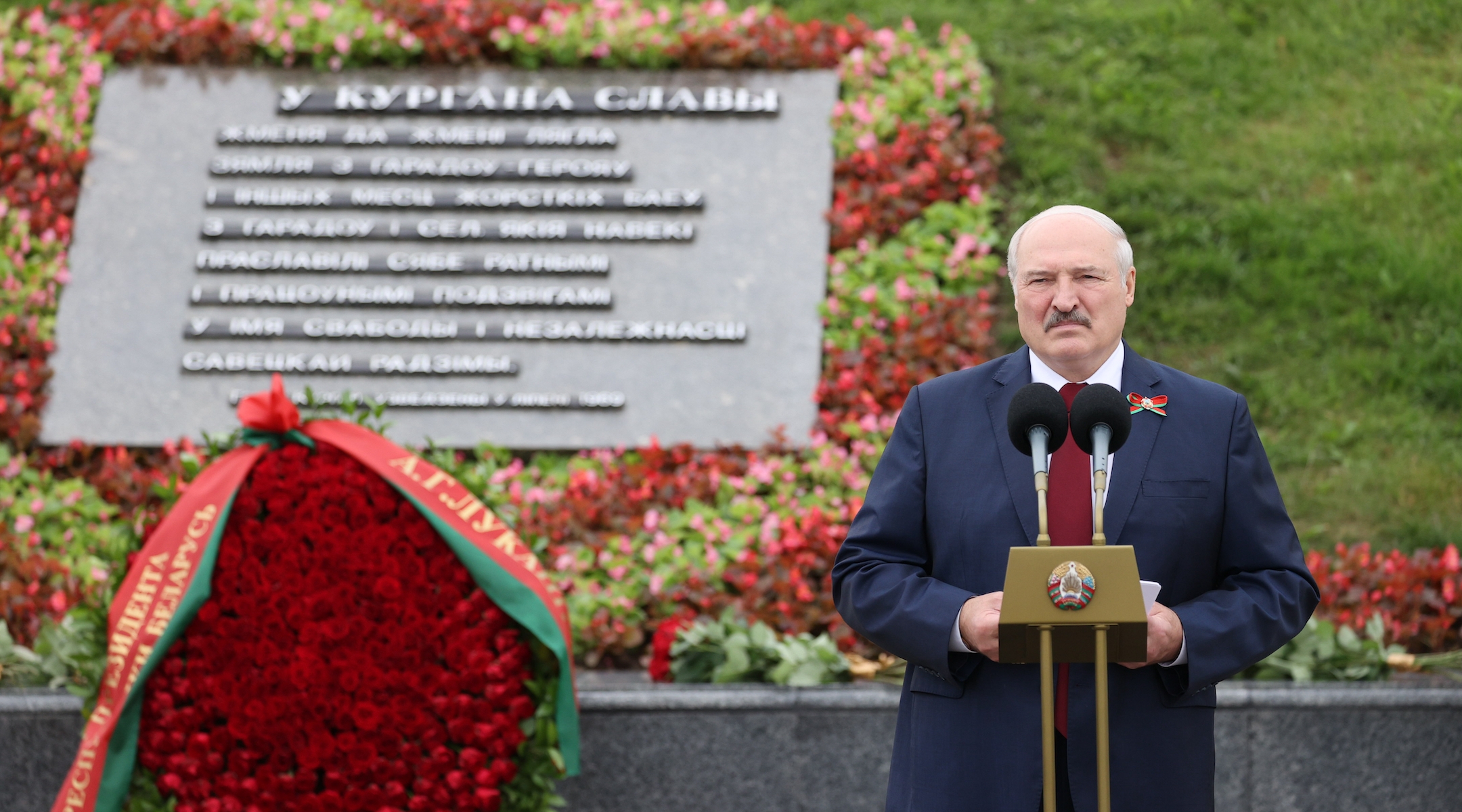 (JTA) — In a speech about raising awareness of Nazi war crimes against Belarusian citizens, President Alexander Lukashenko said his country’s people should follow the example of “the Jews,” who got the world to “bow before them.”

“I have already said that we began to do this, investigating the crimes of Nazism on the Belarusian land. This is akin to the Belarusian Holocaust, or the Holocaust of the Belarusian people. The Jews were able to prove it. The whole world today bows before them, they are even afraid to point a finger at them, and we are so tolerant, so kind, we did not want to offend anyone,” he said.

Lukashenko, an authoritarian leader who last year faced widespread protests by pro-democracy demonstrators, said this Saturday in a speech at the Mound of Glory memorial complex outside Minsk, which commemorates Soviet soldiers who fought during World War II.

In the speech, timed to Belarus’ independence day, Lukashenko warned against revisionism of World War II history but did not say who is behind these attempts.

The Nazis killed about 3 million civilians in Belarus, including about 800,000 Jews.

Public expressions of antisemitism are rare in Belarus, but the country saw an uptick in online antisemitic rhetoric in 2018, after a Jewish businessman opened a restaurant on the edge of a mass grave of non-Jewish victims of the Soviet secret police.