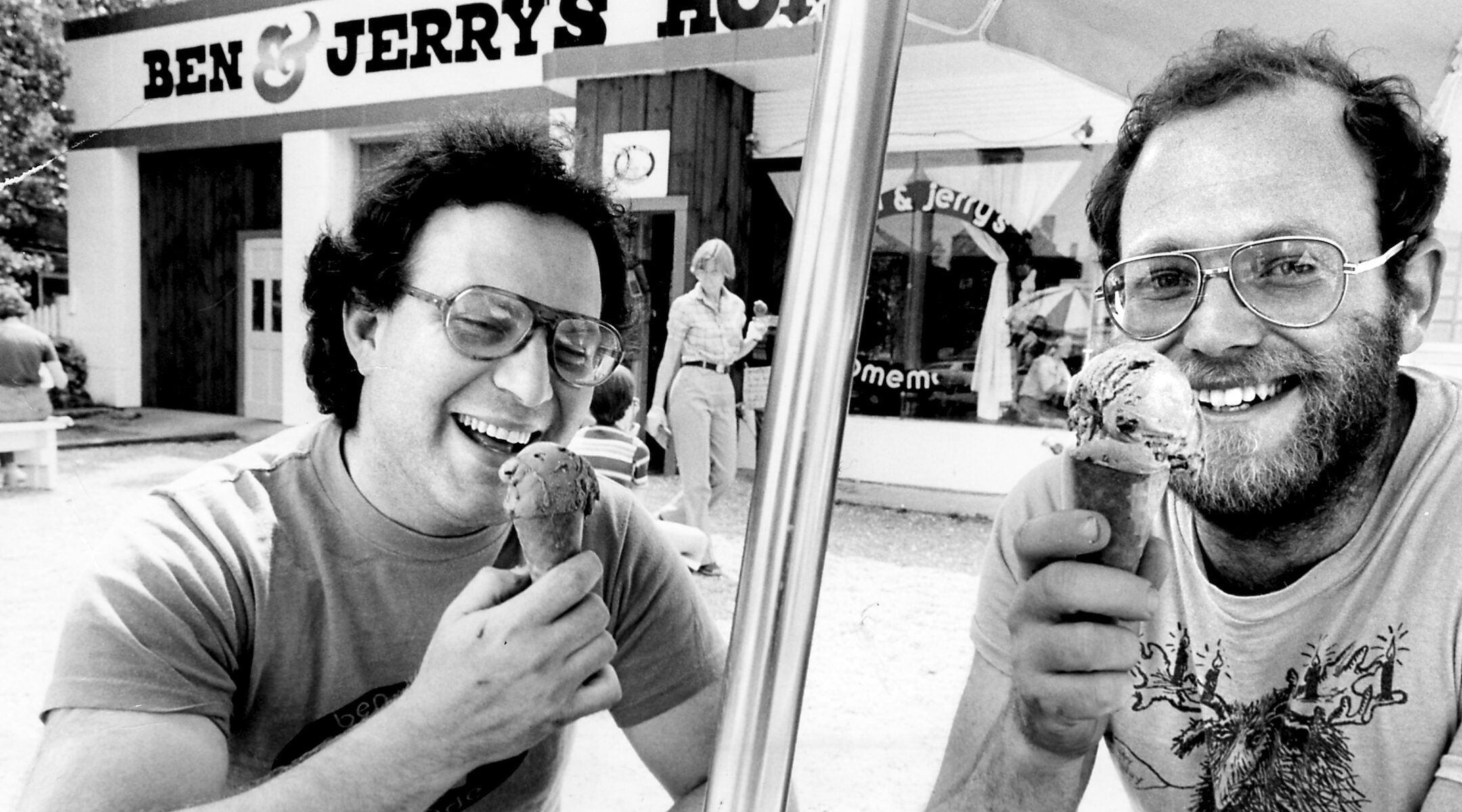 (JTA) — The Jewish founders of Ben & Jerry’s defended the ice cream company’s boycott of Israel’s West Bank settlements in an op-ed in the The New York Times.

Bennett Cohen and Jerry Greenfield, who sold the company decades ago and maintain no control over its operations, wrote in the op-ed Wednesday that they support Israel but oppose its policy of building settlements in the West Bank.

They argued that it was praiseworthy for a company espousing progressive values to make the decision that Ben & Jerry’s did.

“In our view, ending the sales of ice cream in the occupied territories is one of the most important decisions the company has made in its 43-year history,’ they wrote, adding that the boycott should be seen “not as anti-Israel, but as part of a long history of being pro-peace.”

They also defended the company, which is a Vermont-based subsidiary of Unilever, against accusations of antisemitism and supporting the BDS movement. “The decision to halt sales outside Israel’s democratic borders is not a boycott of Israel. The Ben & Jerry’s statement did not endorse the Boycott, Divestment and Sanctions movement,” they wrote.

“That we support the company’s decision is not a contradiction nor is it anti-Semitic,” they wrote. “In fact, we believe this act can and should be seen as advancing the concepts of justice and human rights, core tenets of Judaism. As Jewish supporters of the State of Israel, we fundamentally reject the notion that it is anti-Semitic to question the policies of the State of Israel.”

Since the company announced the West Bank boycott last week, Israeli officials and some American Jewish leaders have decried it as BDS or a boycott of Israel, even though the Ben & Jerry’s board and Unilever have both stressed that the boycott does not apply to Israel’s recognized borders.

But many Israeli officials reject that distinction. On Wednesday, 90 of the 120 members of Israel’s parliament, the Knesset, signed a letter calling the action a “decision to boycott towns and cities in Israel,” condemning it as “shameful” and “immoral.” After the letter was published, six left-wing lawmakers withdrew their signatures and implied that they had not seen the letter’s final wording when they signed.