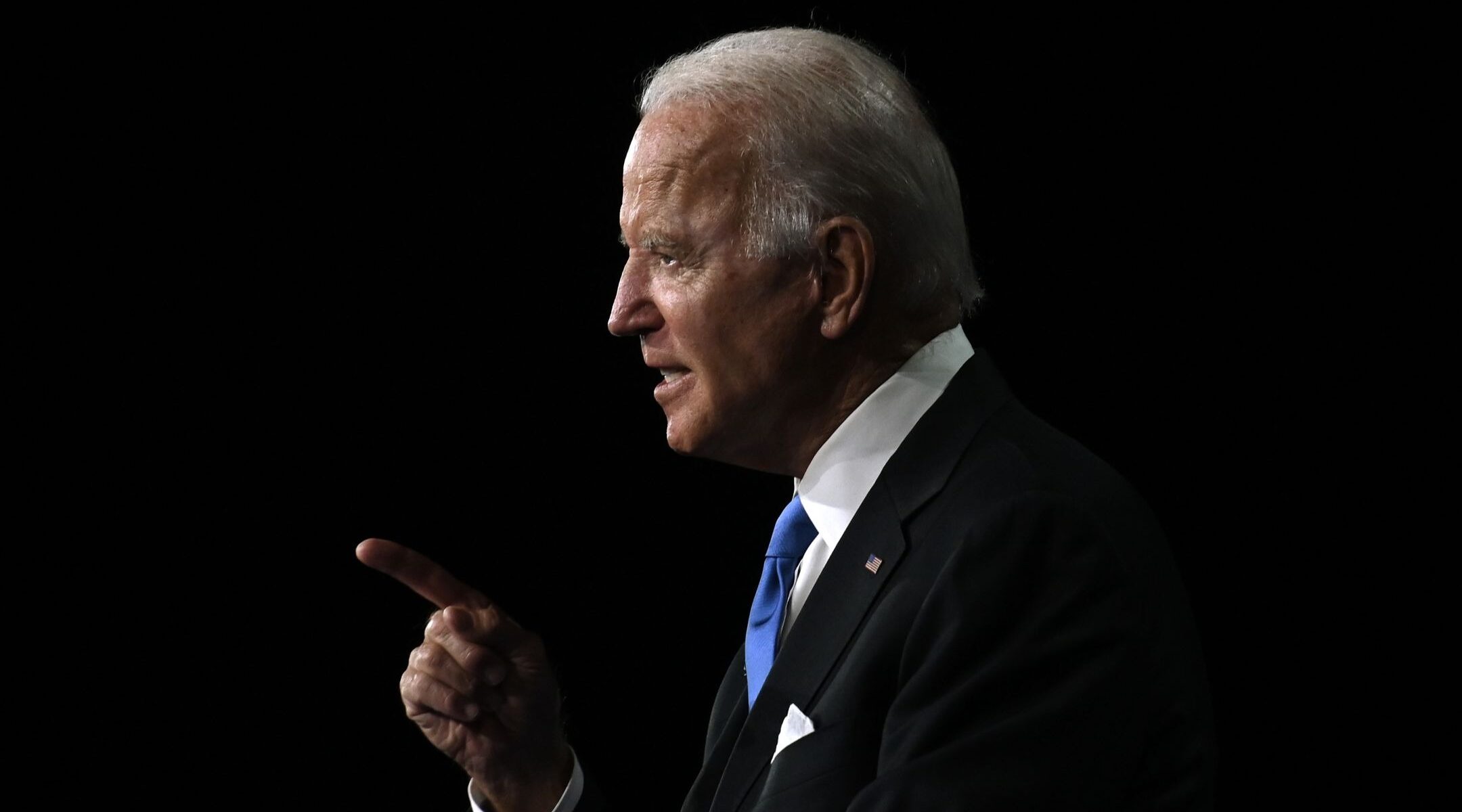 In “Joe Biden and the Arab American Community: A Plan for Partnership,” released Saturday, the candidate pledges to include Arab Americans “across his administration,” combat anti-Arab bigotry in the United States and reverse President Donald Trump’s executive order limiting refugees and barring entry to people from multiple predominantly Muslim countries.

The plan also reiterates Biden’s opposition to the movement to boycott, divest from, and sanction Israel, known as BDS — and his opposition to curtailing the right of Americans to make a different decision.

In the section called “Defending the Civil Rights of All Americans,” the plan says Biden “will protect the constitutional right of our citizens to free speech. He also does not support efforts by any democracy to criminalize free speech and expression, which is why he spoke out against Israel’s decision to deny entry to American lawmakers because they favor boycotting Israel. However, Biden has been unequivocal in condemning calls in the United States to boycott, divest from, and sanction Israel.”

Biden has long said he opposes BDS, a position he outlines in his plan for America’s Jewish community, and in the Jewish American section of his platform, he pledges to reject BDS, fight anti-Semitism and protect Israel’s security.

The rabbi who delivered an invocation at the start of a Biden campaign webinar for Jewish voters Friday included opposition to the movement in his prayer, saying, “Strengthen us, oh God, to combat BDS, the anti-Zionist and anti-Semitic virus which infects too many of our erstwhile allies in our battle for the soul of America.”

In a swipe at Trump’s efforts in the region, Biden’s plan says the candidate “opposes annexation and settlement expansion and will continue to oppose both as president.” And it also lays out efforts Biden would take as president to “restore economic and humanitarian assistance to the Palestinian people, consistent with U.S. law, including assistance to refugees, work to address the ongoing humanitarian crisis in Gaza, reopen the U.S. consulate in East Jerusalem, and work to reopen the PLO mission in Washington.”