Buttigieg: Netanyahu is ‘turning away from peace’ 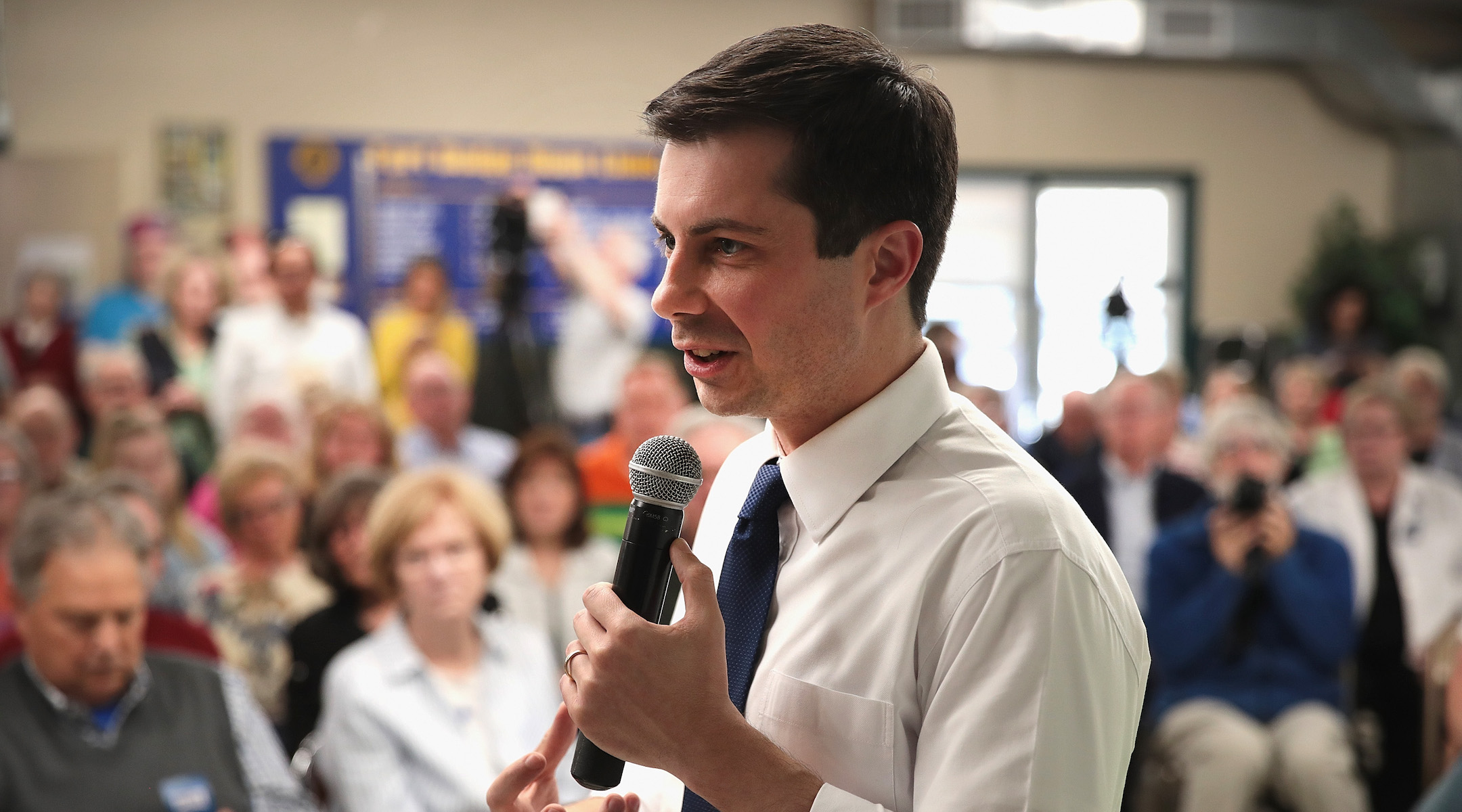 WASHINGTON (JTA) — Pete Buttigieg, the mayor of South Bend, Indiana who has emerged as a strong contender for the Democratic presidential nomination, said there are signs that Israeli Prime Minister Benjamin Netanyahu is “turning away from peace.”

“Just as an American patriot may oppose the policies of the American president, a supporter of Israel may also oppose the policies of the Israeli right-wing government,” Buttigieg said Tuesday at a speech at the University of Indiana in Bloomington, unveiling his foreign policy. “Especially when we see increasingly disturbing signs that the Netanyahu government is turning away from peace.”

Buttigieg said “the security and survival of the democratic state of Israel has been and continues to be an essential tenet of U.S. foreign policy” but said he would be willing to use economic leverage to pressure Israel.

“If Prime Minister Netanyahu makes good on his promise to annex West Bank settlements, he should know that a President Buttigieg would take steps to ensure that American taxpayers won’t help foot the bill,” Buttigieg said, referring to Netanyahu’s pledge before April 9 elections to extend Israeli sovereignty to some Jewish settlements in the West Bank.

Netanyahu has said he would welcome the as-yet-to-be-unveiled peace plan drafted by President Donald Trump’s son-in-law, Jared Kushner, while the Palestinians have preemptively rejected it. There are signs that the plan does not point towards Palestinians statehood, and would allow Israel to maintain security control of the West Bank, Netanyahu’s bottom line for any peace plan.

Buttigieg said he would also rejoin the Iran nuclear deal, from which Trump withdrew last year.

“As even this administration repeatedly certified, it was preventing Iran from acquiring nuclear weapons,” he said. “It has helped constrain the military threat that Iran poses to Israel and Europe without leading us down a path to another Middle Eastern war. This agreement was concluded not to do Iran a favor, but because it is in our national security interest—just as a parallel policy of confronting Iran’s support for terrorism and abysmal human rights record reflects our values and security interests.”

Trump and Netanyahu believe the plan has loopholes that would allow Iran to launch a nuclear weapons program in the next decade.

The crowded field of Democratic candidates in general tend to be critical of Netanyahu, although to widely varying degrees.