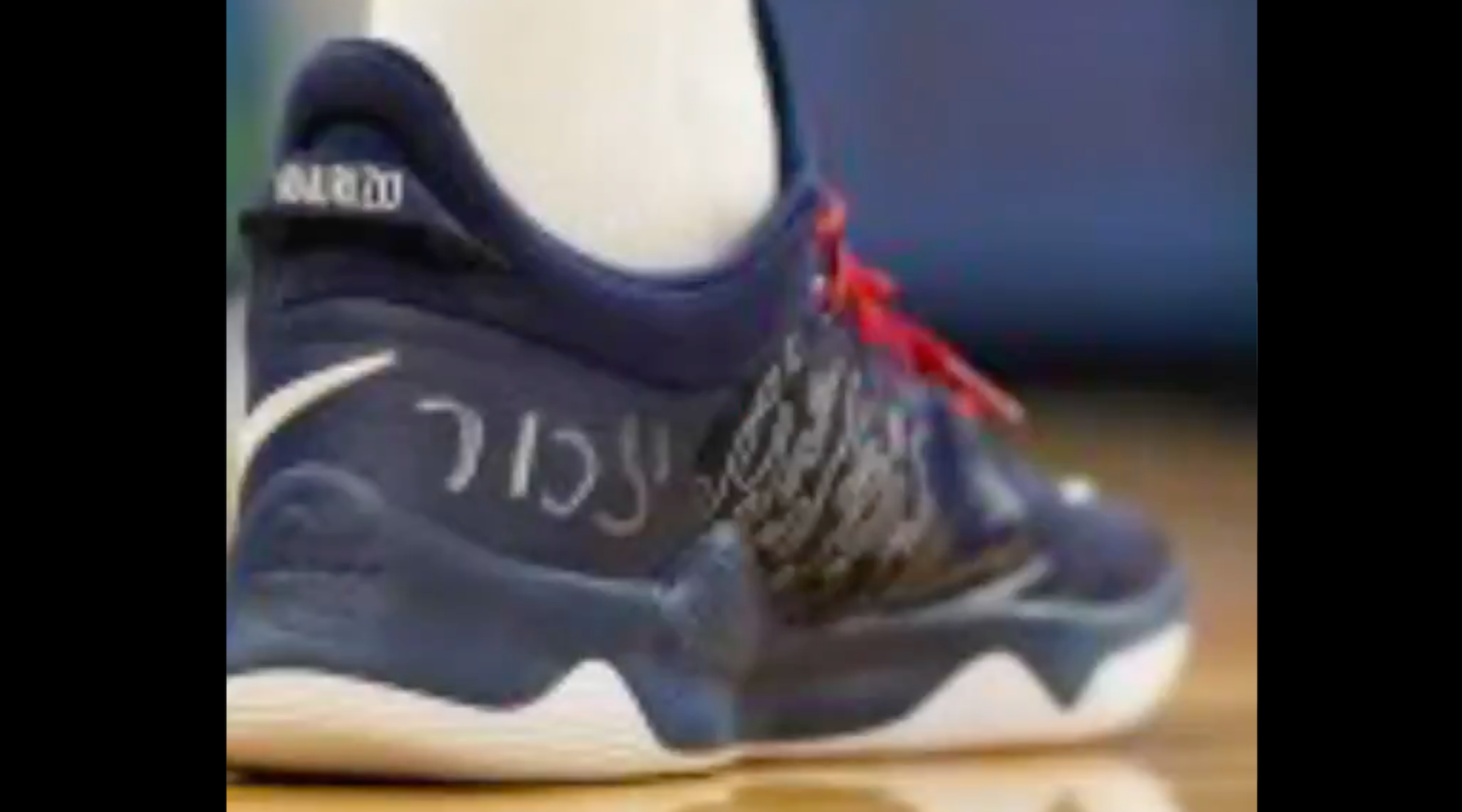 (JTA) — Israeli NBA player Deni Avdija commemorated his native country’s Holocaust remembrance day by writing “Yizkor,” which translates to “will remember,” on his sneakers in Hebrew for his team’s Wednesday night game.

Yom Hashoah began that night in Israel, where Avdija grew up and played professionally before being drafted by the Washington Wizards last year.

The Wizards’ Hebrew Twitter account, which the team started to cater to Avdija’s Israeli fans, tweeted a video of Jewish Wizards broadcaster Justin Kutcher mentioning the sneakers before the game on TV.

Avdija, who has leaned into talking about his Jewish identity in his time in the NBA, recorded one of the strongest performances of his rookie season on Wednesday night, notching 16 points, including four 3-pointers, and five rebounds in a win over the Orlando Magic.