Diego Schwartzman loses to Nadal in French Open semifinal, but enters top 10 for first time in his career 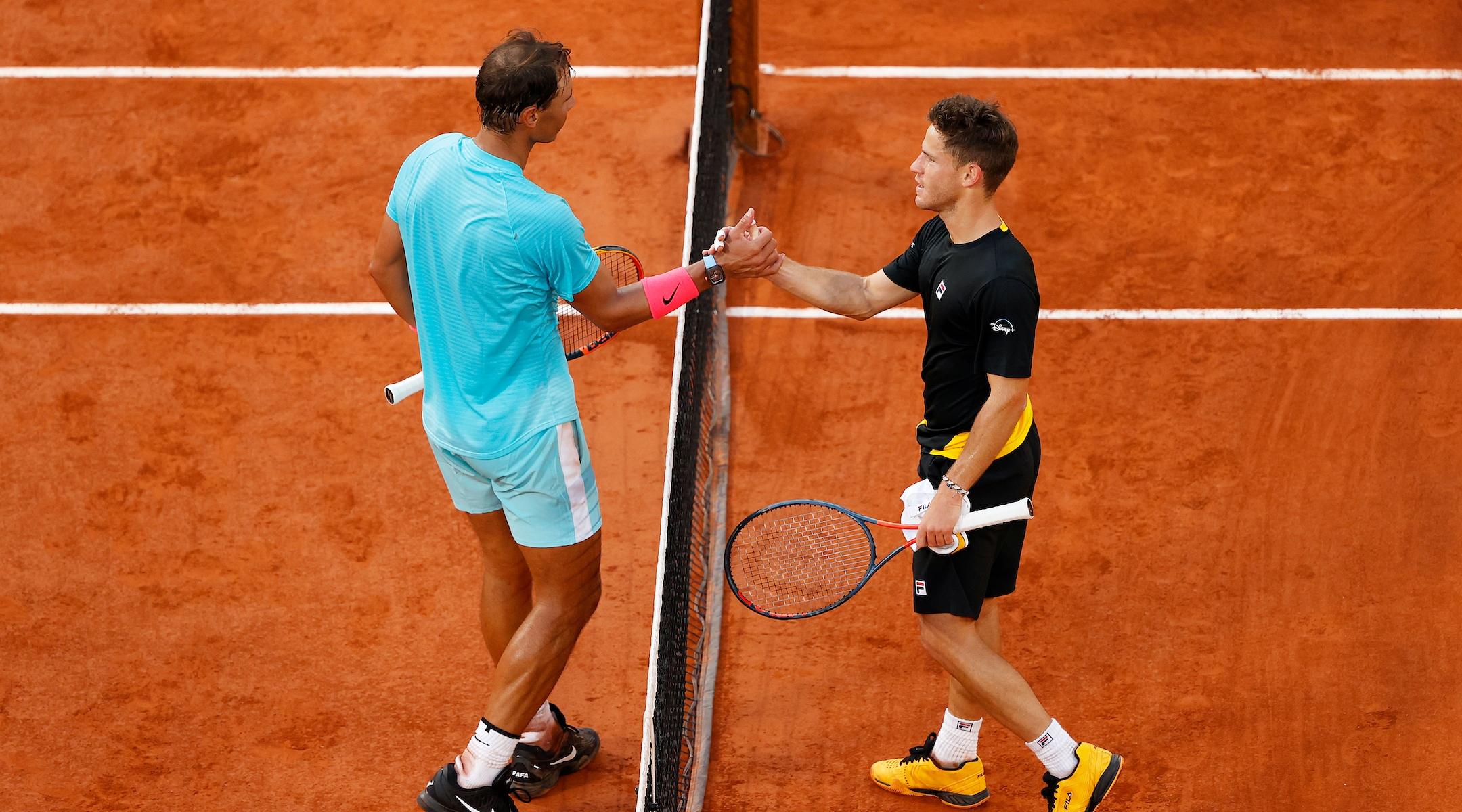 (JTA) — Diego Schwartzman put up a solid fight but ultimately couldn’t take down Rafael Nadal in his French Open semifinal match on Friday.

Still, Schwartzman’s best ever Grand Slam result will propel him into the top 10 in the rankings for the first time in his career. He will leave Roland Garros with a ranking of No. 8 in the world.

Schwartzman, 28, who many believe is shorter than his listed height of 5-foot-7, is immensely popular in his hometown Argentine Jewish community and undeniably the world’s best Jewish tennis player right now.

But an even higher ranking for a Jewish player in modern tennis goes to a fellow short Jew: American Harold Solomon, who reached a career-high of No. 5 in 1980.

Solomon, who stands at 5-foot-6, will always cheer on “El Peque” (which roughly translates to “Shorty”), as Schwartzman is nicknamed.

“I’m very intrigued watching [Schwartzman] and I’m always impressed. I root for him all the time,” Solomon told ATPTour.com ahead of Friday’s match. “He can say what he wants about being a little guy, but it’s not easy being a little guy in a big guy’s world.”

Schwartzman had beaten Nadal for the first time in his career at the recent Italian Open, a clay court precursor to the French Open.

“I know against Diego, it’s very difficult until the end. He’s one of the players who makes more breaks on the tour without a doubt,” Nadal said after Friday’s match. “I have been playing him a lot of times, but he’s getting better and better every time.”

Correction: This article incorrectly stated that Harold Solomon was the highest-ranked Jewish player of all time. There were in fact two others ranked higher: Brad Gilbert and Brian Gottfried.