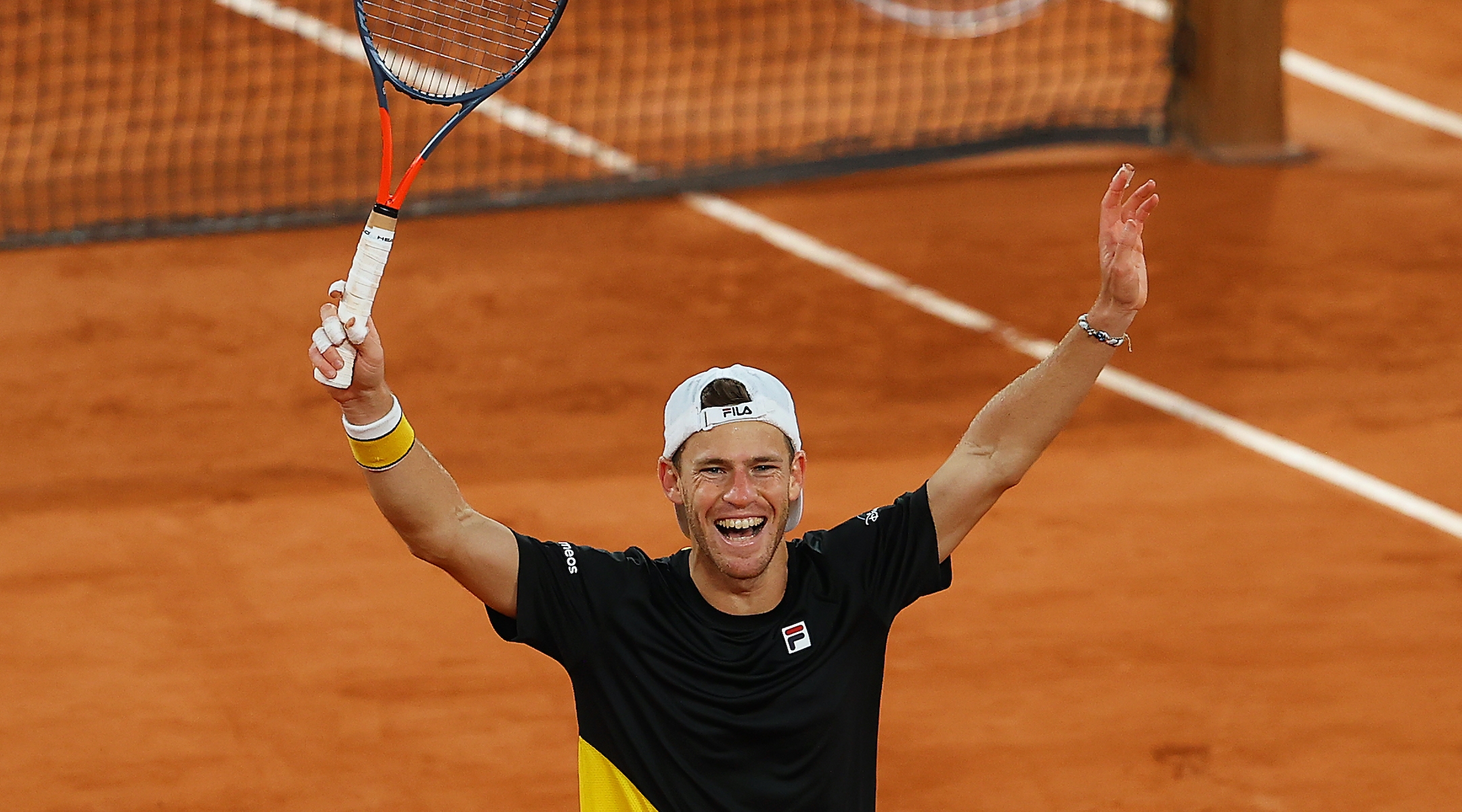 (JTA) — Jewish tennis star Diego Schwartzman is into the semifinals of a Grand Slam tournament for the first time in his career after a grueling five-set match that included three tie-breaks and lasted over five hours.

Schwartzman beat his friend and former doubles partner Dominic Thiem, who is currently ranked No. 3 in the world, by a final score of 7-6(1), 5-7, 6-7(6), 7-6(5), 6-2. The 28-year-old Schwartzman, who hails from Argentina, had not dropped a set in the entire tournament before this match, but Thiem, fresh off of winning the U.S. Open, was still favored to win.

“Dominic is one of the best players right now in the world, winning the last Grand Slam, two time finals here, we are friends, I have a lot of respect for him,” Schwartzman said after the match, after getting teary. “I played a few times five sets here, and I never win. This is the third time I have played five sets here, and I think at the end, this night, I deserve to win.”

The win also ensures that Schwartzman, who is listed at 5-foot-7 but is considered by many to be shorter, will enter the top ten in the rankings for the first time.

The clay court French Open — typically held in late May and early June, but rescheduled amidst the COVID-19 pandemic this year — has had the ideal conditions for Schwartzman. The colder weather has helped deaden the ball, which suits Schwartzman’s defensive style. As sports journalist Matthew Futterman explained, “For a small player like Schwartzman, a deader ball is a blessing, because it rarely bounces out of his strike zone, and with an extra split second to tee up his shots, he can be incredibly dangerous when his opponents are serving.”

With this victory, Schwartzman — who has written about his family’s Holocaust history and is popular within Argentina’s Jewish community — will face the winner of a match between world No. 2 (and clay court legend) Rafael Nadal and 19-year-old Italian Jannik Sinner.

In Schwartzman’s last match against Nadal, at the Italian Open, the Argentine prevailed 6-2, 7-5.