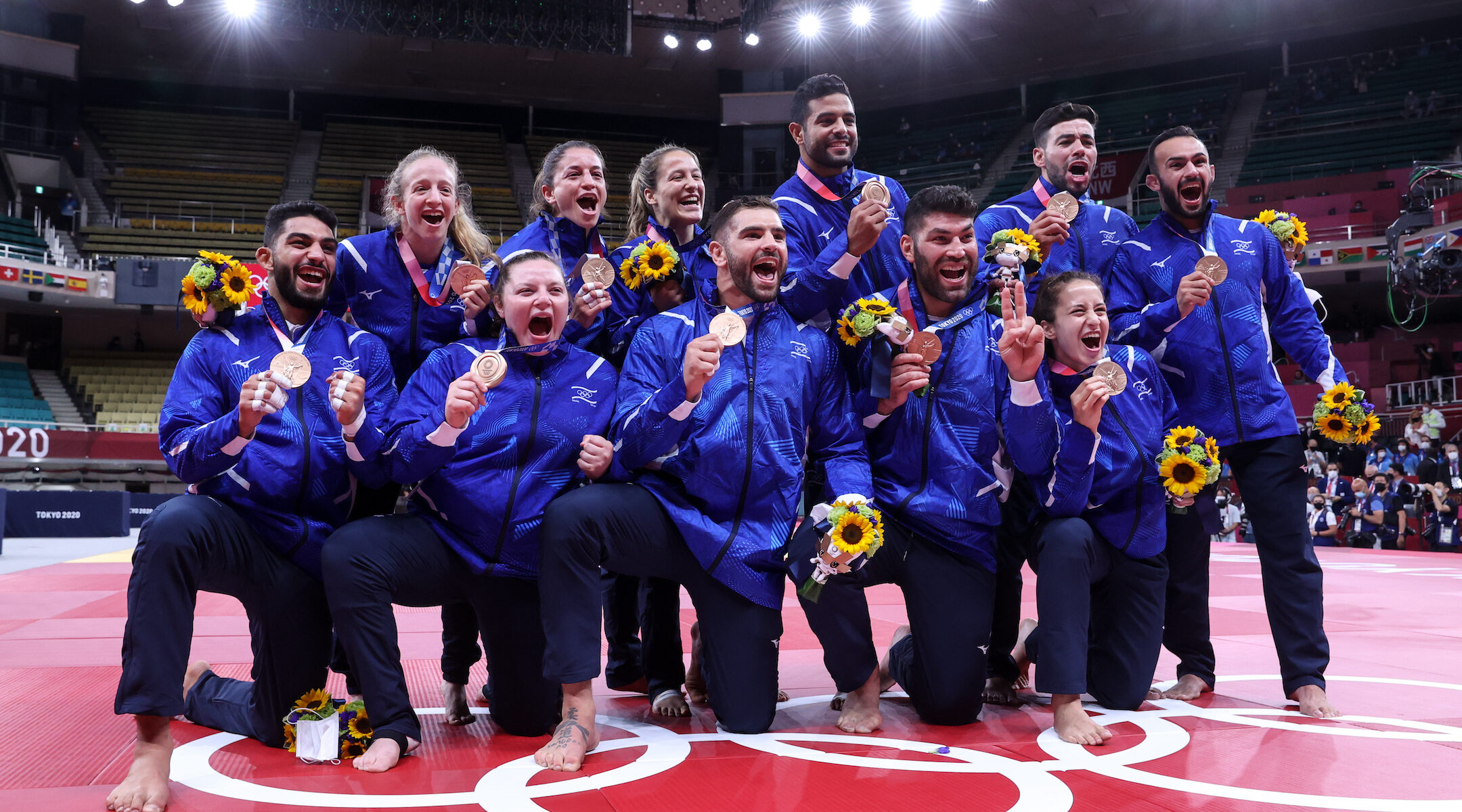 Israeli judokas pose for a group photograph during the victory ceremony for the judo mixed team final at the Nippon Budokan Arena during the Tokyo 2020 Summer Olympic Games. (Stanislav Krasilnikov/TASS via Getty Images)
Advertisement

(JTA) — Israel’s top judokas failed to medal in their individual competitions, but as a team, they came together to take home a bronze medal.

“Everyone had a week that was very disappointing on a personal level, but something about this special day led to everyone giving a little more for the team, and that’s what made the difference,” judoka Peter Paltchik said. “We were eulogized too soon.”

The new teams event, featuring judokas of both genders and three different weight classes for each gender, saw Israel upset the Russian Olympic Committee by a score of 4 to 1. The bronze medal is Israel’s sixth medal in judo — half of Israel’s total Olympic medals come in the sport, which they have long dominated.

“We were fighting for years, and this is one of the biggest dreams. We just made history,” Timna Nelson Levy said after the victory. “Judo is one of the most equal sports that there is today… Our sport is giving an example for the rest of the world to act. This competition is a representation of equality. I think it is amazing.”

Part of the team was 2016 bronze medalist Ori Sasson, who posted a selfie of the entire team after the medal ceremony:

The team returned to Israel with a hero’s welcome at Ben Gurion Airport.

“Everyone here gave their heart and soul, and that is what we won here,” Sagi Muki said.