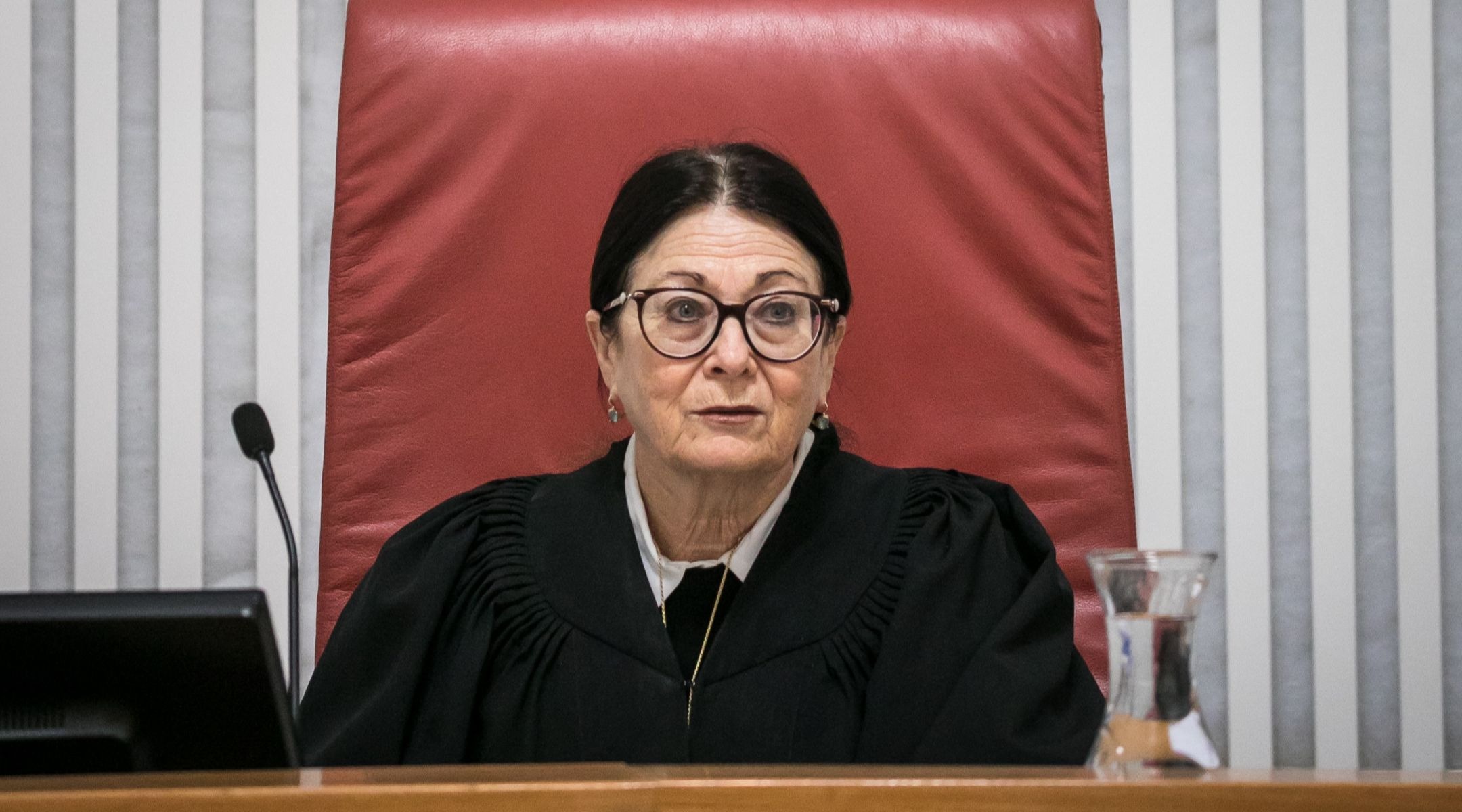 (JTA) — The Israeli Supreme Court upheld a controversial 2018 law that declared Israel the nation-state of the Jewish people.

In a 10-1 ruling issued Thursday, the court declared that the law was constitutional and does not negate the state’s democratic character. The lone dissenting judge was George Karra, the only Arab member of the court.

The ruling rejected several petitions claiming the law damages Israel’s democratic character by degrading the rights of its Arab minority, which makes up about a fifth of the country. The law says the right of national self-determination in Israel is exclusive to Jews, though all citizens have full individual rights. It also says Hebrew is the official language of the country, while Arabic has “special status.”

It additionally includes clauses encouraging “Jewish settlement,” though it did not specify settlement in the West Bank.

“[T]he state considers the development of Jewish settlement a national value and will act to encourage and promote its expansion,” the law reads.

Defenders of the law say that it merely enshrines the obvious — that Israel is a Jewish state — and does not take away from the individual rights of non-Jewish citizens, especially in light of other laws that ensure equal rights to all. The court’s majority opinion echoed that argument.

“This basic law is but one chapter in our constitution taking shape and it does not negate Israel’s character as a democratic state,” wrote Esther Hayut, the court’s president, in the opinion, according to Haaretz.

“Democracy doesn’t mean equality for Jews alone,” Odeh said. “We will continue to fight until we reach full equality for all citizens, true justice and real democracy.”