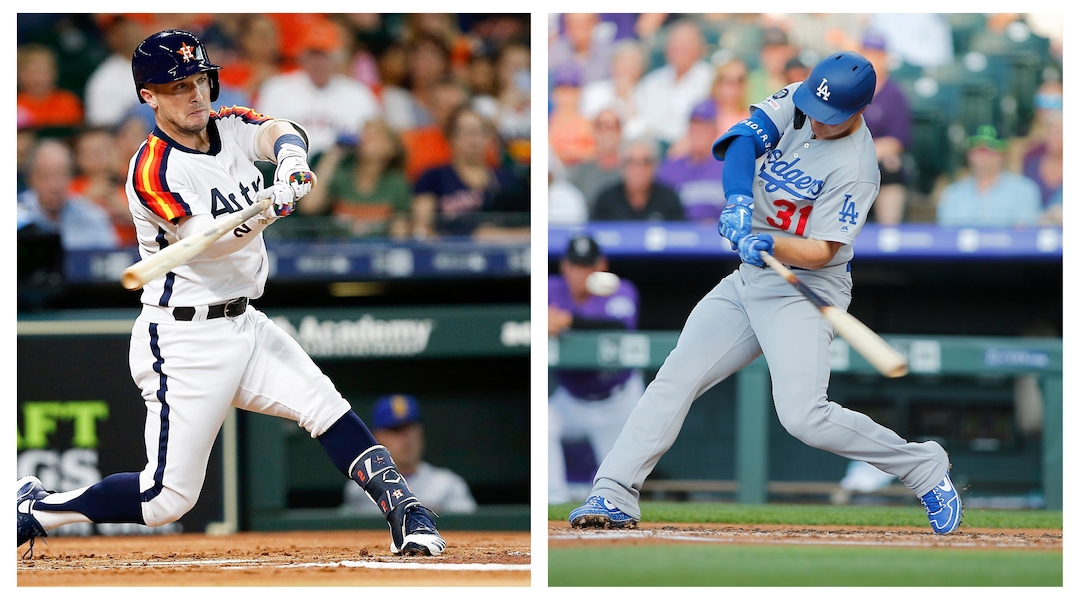 Alex Bregman, left, and Joc Pederson will compete against each other in the derby's first round. (Getty Images)
Advertisement

(JTA) — Alex Bregman and Joc Pederson, the two best Jewish home run hitters in professional baseball, will face each other in the first round of Monday’s 2019 MLB Home Run Derby.

The contest’s format since 2014 matches up participants from the National and American League in a tournament-style bracket.

So far this season, Bregman, the Houston Astros’ third baseman, has 23 home runs, while Pederson, an outfielder for the Los Angeles Dodgers, has 20. For comparison, the competitor with the most home runs so far is Pete Alonso, who has hit 30.

Bregman’s Astros and Pederson’s Dodgers played each other in the 2017 World Series. The Astros won that championship, so Pederson would love some revenge.

The action starts at 8 p.m. EST on ESPN.