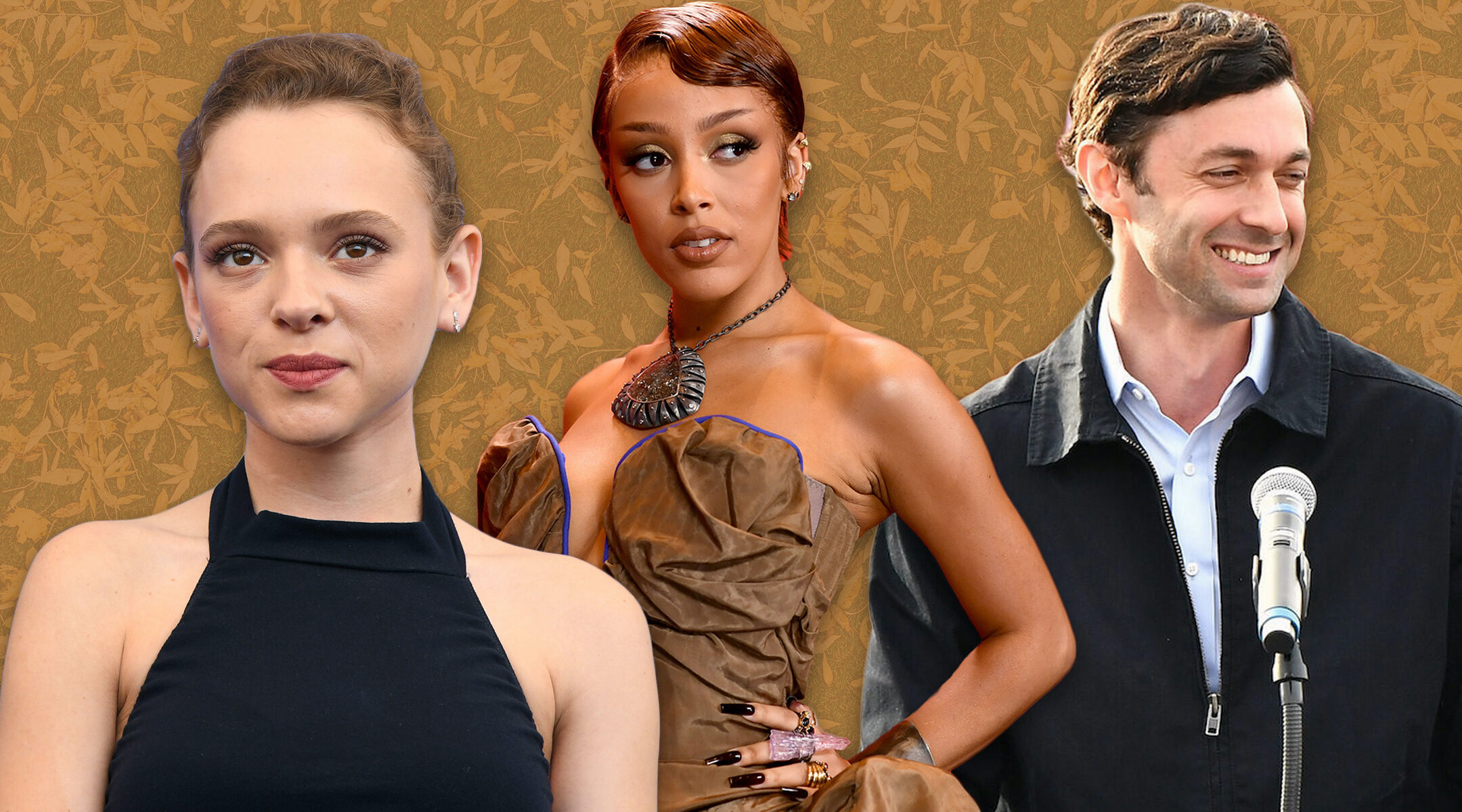 (JTA) — The Jewish stars Jon Ossoff, Shira Haas and Doja Cat were named to the Time100 Next list, Time magazine’s annual list of “100 emerging leaders who are shaping the future.”

Ossoff, the millennial who was sworn into Congress with multiple totems of his heritage, helped Democrats regain control of the Senate along with fellow Georgian Raphael Warnock. Read about his Black-Jewish partnership with Warnock here, and his Jewish background here.

“Witnessing the recent election of Jon Ossoff to the U.S. Senate from Georgia, I saw a moment of recompense and redemption for Black and Jewish Americans in the South, and the U.S. as a whole,” Martin Luther King Jr.’s daughter Bernice wrote in her text for the Time list.

Haas earned global acclaim last year for her performance in “Unorthodox,” a Netflix series loosely based on Deborah Feldman’s memoir about leaving her Hasidic community in Brooklyn. Feldman wrote on Haas for Time.

“[W]hen Shira Haas played Esty in ‘Unorthodox’ … I could see she had a reverence and respect for the material,” Feldman said.

Doja Cat is a wildly popular Grammy-nominated rapper born to a Jewish mother and non-Jewish South African father. Her blurb was written by Lil Nas X, the artist known for blending country and rap on his recordbreaking song “Old Town Road.”

“She’s an inspiration to me, and I can’t wait to see what she does next,” he wrote.