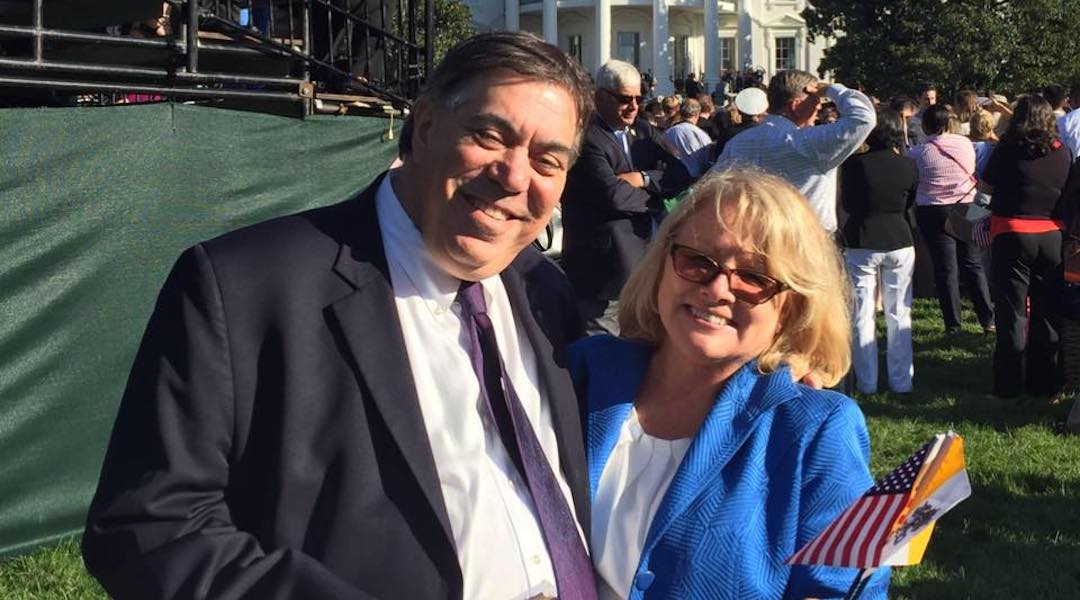 BOSTON (JTA) — Larry Rasky, an influential consultant to Joe Biden among scores of local and national political leaders, as well as an active supporter of Jewish causes, has died at 69.

Rasky, chairman of the prominent public relations firm Rasky Partners based in Boston, is being widely remembered as a much sought-after adviser noted for his political acumen and as a skilled communicator in a career that spanned Fortune 500 companies and charitable groups.

He died unexpectedly on March 22, his son, Will, told the Boston Globe. Later that week, his family learned that Rasky posthumously tested positive for COVID-19. “My dad had other underlying health conditions that medical professionals urge us to keep in mind,” his son Will said.

“He was a real friend,” Biden told the Globe, describing him as generous and passionate about politics. He said Rasky gave him confidence during difficult moments.

In a statement, U.S. Sen. Edward Markey of Massachusetts said Rasky “exemplified the spirit of the Jewish concept of Tzedakah,” citing his support for the Anti-Defamation League and Jewish Alliance for Law and Social Justice.

Rasky served for more than three decades as an active board member of the New England Anti-Defamation League, the group’s regional director, Robert Trestan, told the Jewish Telegraphic Agency  in a phone conversation.

“Larry was a champion of democracy, caring deeply about how our government treated the most vulnerable among us,” said Cindy Rowe, the group’s executive director. “His wisdom and spirit will be missed by so very many.”

Along with his son, Rasky is survived by his wife, Carolyn, his parents and a sister.