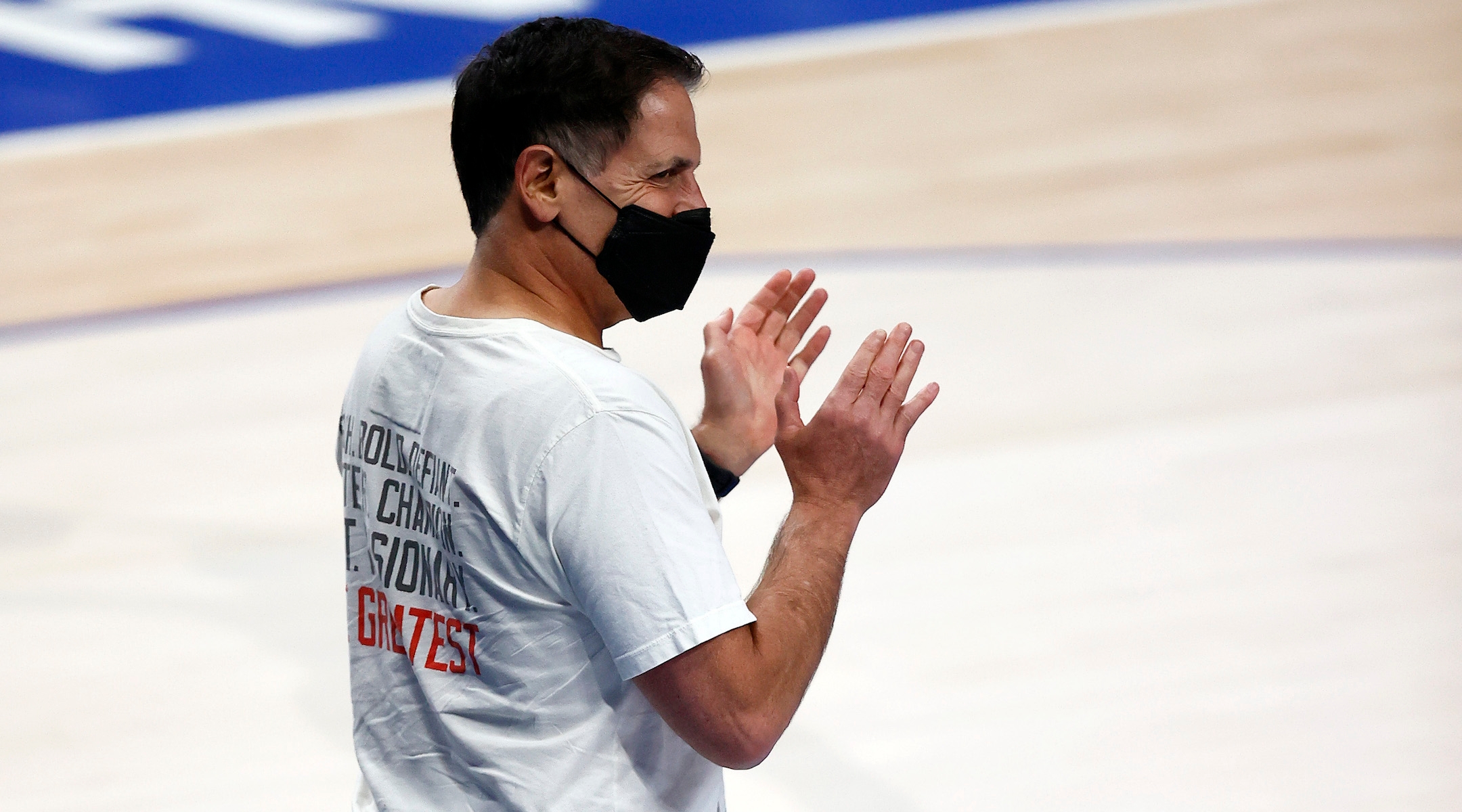 Mark Cuban's Dallas Mavericks wrote on the team account over the weekend: "We stand against anti-Semitism, prejudice, discrimination and racism of any kind." (Tom Pennington/Getty Images)
Advertisement

(JTA) — Several NBA teams posted messages over the weekend condemning the spike in antisemitic attacks across the U.S. in the wake of the recent Israel-Gaza hostilities.

“We are in the midst of a devastating and appalling rise of anti-Semitic attacks on the Jewish community in our country,” the Milwaukee Bucks’ wrote Sunday on their official account. “These hateful and dangerous acts MUST stop and be condemned.”

The team is partially owned by the Moroccan-Jewish billionaire Marc Lasry and its president of operations, Peter Feigin, is also Jewish. Lasry’s 33-year-old son, Alex, is senior vice president of the team, but he has taken a leave of absence to run as a Democrat for a Senate seat in Wisconsin.

On Saturday, the Miami Heat posted a similar message on their account.

“Enough with the hate. Hate speech and violence against Jews & cowardly antisemitic acts committed against our Jewish friends and neighbors here in South Florida have got to stop,” the team read.

The Dallas Mavericks, owned by Jewish billionaire and TV star Mark Cuban, posted a short message on the topic on Saturday.

“We stand against anti-Semitism, prejudice, discrimination and racism of any kind,” the team’s account posted.

The Philadelphia 76ers added to the trend on Monday night, writing “We stand with the Jewish community against the wave of recent anti-Semitic attacks in our area and across the country.”

The Sixers are owned by Jewish billionaire investor Josh Harris.

All four teams are currently competing in the NBA playoffs.