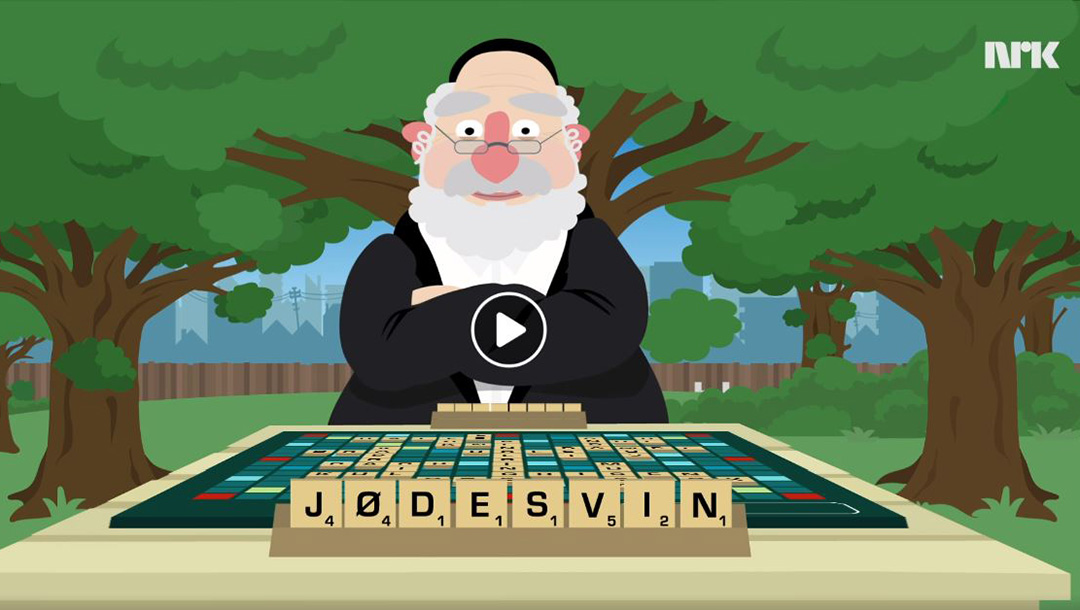 (JTA) — Norway’s public broadcaster has apologized for airing a cartoon in which a Scrabble player forms the word “Jewish swine.”

NRK initially defended the video, which was pulled offline this month, against allegations of anti-Semitism out of its desire to “defend the freedom of speech,” NRK broadcasting manager Thor Gjermund Eriksen told the Aftenposten daily, but ”occasionally you cross the border and it may happen again.”

Amid an outcry over the July 2 video, NRK’s entertainment director, Charlo Halvorsen, told Aftenpost that “it is not anti-Semitic.” NRK said it was inappropriate some three weeks later.

In the cartoon, a gray-haired man wearing a yarmulke and dressed conspicuously Jewish is playing Scrabble with a younger man in shorts. The Jewish man is frustrated over how long his opponent is taking to construct a word.

The camera switches to the young man’s point of view to reveal that he has constructed the word “Jewswine” (one word in Norwegian). The young man sighs in frustration as the Jewish player taunts him over his Scrabble skills.

“We are clearly on different cognitive levels,” the Jewish man exclaims.

“In this case we used a word that we later see we should not use,” Halvorsen wrote on July 27. “It subverted our intentions and hurt a group of people unnecessarily. We apologize for that.”

The cartoon was titled “Scrabble” and captioned “tag a Jew” on the Facebook page of the animators that created it, Norske Grønnsaker.