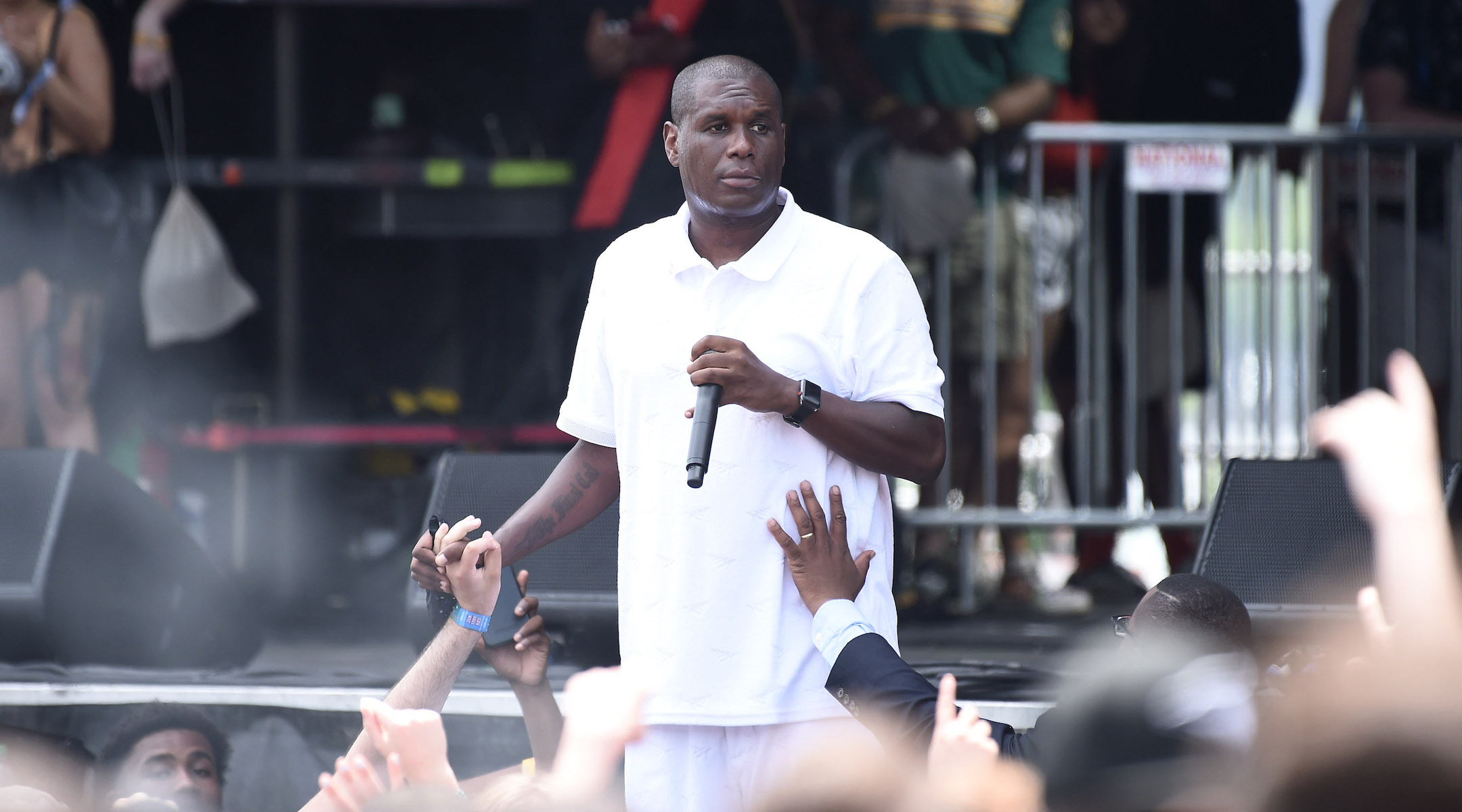 (JTA) — Rapper Jay Electronica appeared to call Jews anti-Semites in a series of tweets railing against Rabbi Abraham Cooper, who recently spoke with Nick Cannon about comments made on the TV star’s online show.

“Rabbi Abraham Cooper is a COWARD who LIED to our brother Nick Canon about the history of the caucasian race. Ask him does he stand behind the VILE TEACHINGS of the Talmud? Don’t be a coward next time Cooper you DEVIL,” Jay Electronica tweeted Saturday.

Rabbi Abraham Cooper is a COWARD who LIED to our brother Nick Canon about the history of the caucasian race. Ask him does he stand behind the VILE TEACHINGS of the Talmud? Don’t be a coward next time Cooper you DEVIL.

He went on to call Black people the “TRUE Children of Israel,” use the hashtag #SynagogueOfSatan (a phrase that Nation of Islam leader Louis Farrakhan has used to describe Judaism) and link to an article by the Nation of Islam Research Group which calls The Simon Wiesenthal Center, where Cooper is associate dean, an “apologist for the Zionist State of Israel.”

Electronica also challenged Cooper to sit down and talk with Farrakhan and other Nation of Islam leaders.

“We DEFY you to challenge us on these claims publicly. You LYING antisemites,” he tweeted.

After mentioning anti-Semitic conspiracy theories on his show “Cannon’s Class” — including the idea that “Zionists” and “Rothschilds” have “too much power” — Cannon spoke with Cooper in a nearly two-hour recorded chat that was published last Tuesday. Cannon also made a donation to the Wiesenthal Center and visited its Museum of Tolerance.

Electronica, 43, is a respected rapper and producer who released his debut album earlier this year after years of releasing mixtapes to critical acclaim. He mentioned the “Synagogue of Satan” and the Rothschilds in a track on the album.

His tweets came a day after the British rapper Wiley sparked controversy with his own Twitter rant, which included the line “I don’t care about Hitler, I care about black people.”

A series of other prominent figures, including football player DeSean Jackson, former basketball player Stephen Jackson and rapper Ice Cube, have also been criticized for perpetuating anti-Semitic stereotypes online in recent months. All but Ice Cube have apologized.