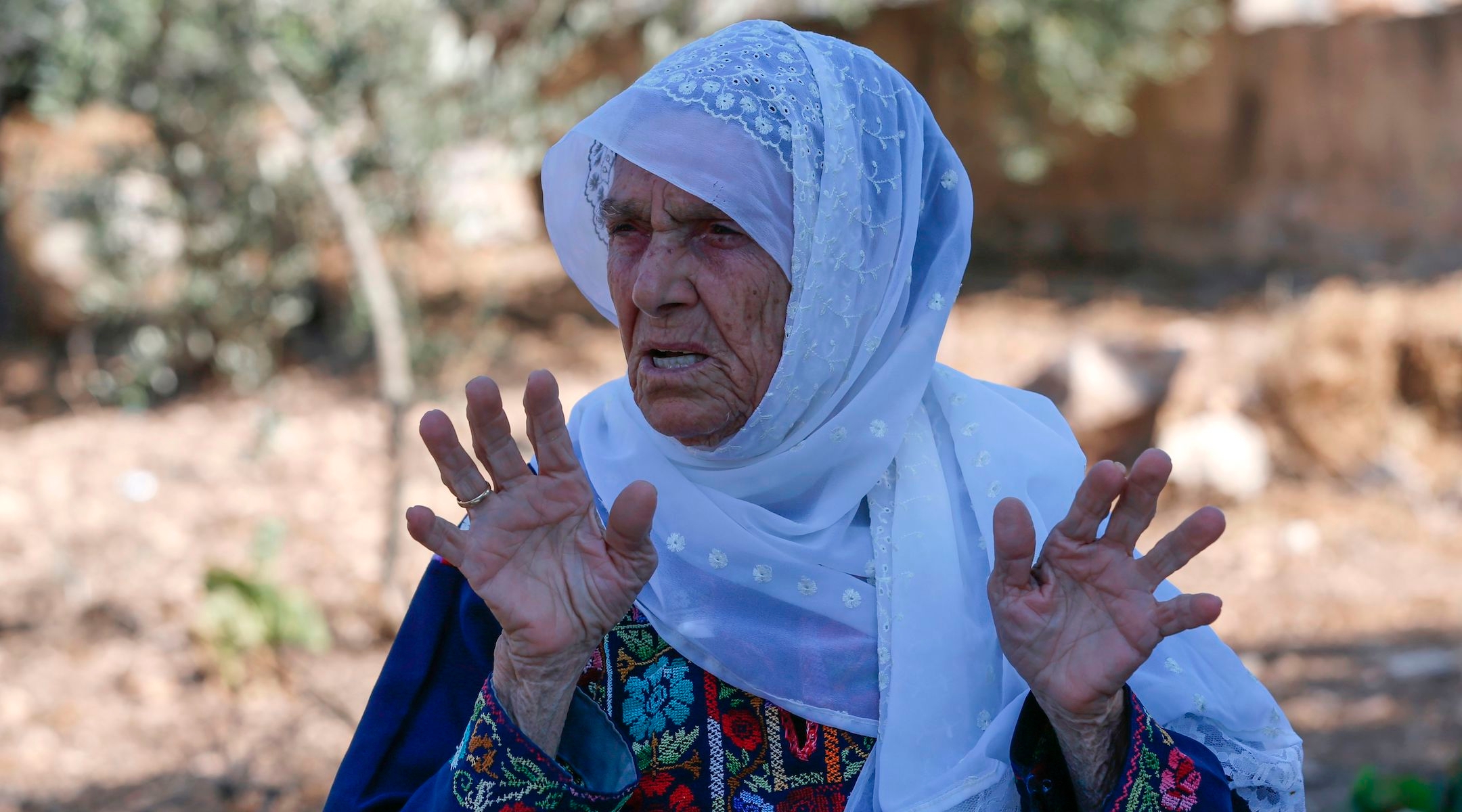 Muftia Tlaib, the maternal grandmother of Rashida Tlaib, pictured outside her home in the village of Beit Ur al-Fauqa, in the West Bank, Aug. 15, 2019. (Abbas Momani/AFP/Getty Images)
Advertisement

(JTA) — Rashida Tlaib’s grandmother cursed President Donald Trump after he tweeted that she should be happy that her granddaughter was not coming to visit her in the West Bank.

“Rep. Tlaib wrote a letter to Israeli officials desperately wanting to visit her grandmother. Permission was quickly granted, whereupon Tlaib obnoxiously turned the approval down, a complete setup. The only real winner here is Tlaib’s grandmother. She doesn’t have to see her now!” Trump tweeted on Friday night.

“Trump tells me I should be happy Rashida is not coming,” Muftia Tlaib told Reuters from her home in Beit Ur Al-Fauqa over the weekend. “May God ruin him.”

Tlaib on Thursday submitted a humanitarian request to visit her aging grandmother in the West Bank, and Israel’s interior minister approved it. She changed her mind Friday morning, saying that in the end she could not enter Israel “under these oppressive conditions,” referring to the requirement that she agree not to promote boycotts against Israel during her trip.

Muftia Tlaib is between 85 and 90-some years old, according to the Washington Post, which published an interview with her on Friday. If Rashida Tlaib had come for the visit it would have been the first time she saw her granddaughter since 2007, she told the newspaper.

She said of her granddaughter: “She’s in a big position, and she cannot visit her grandmother. So what good is the position?”