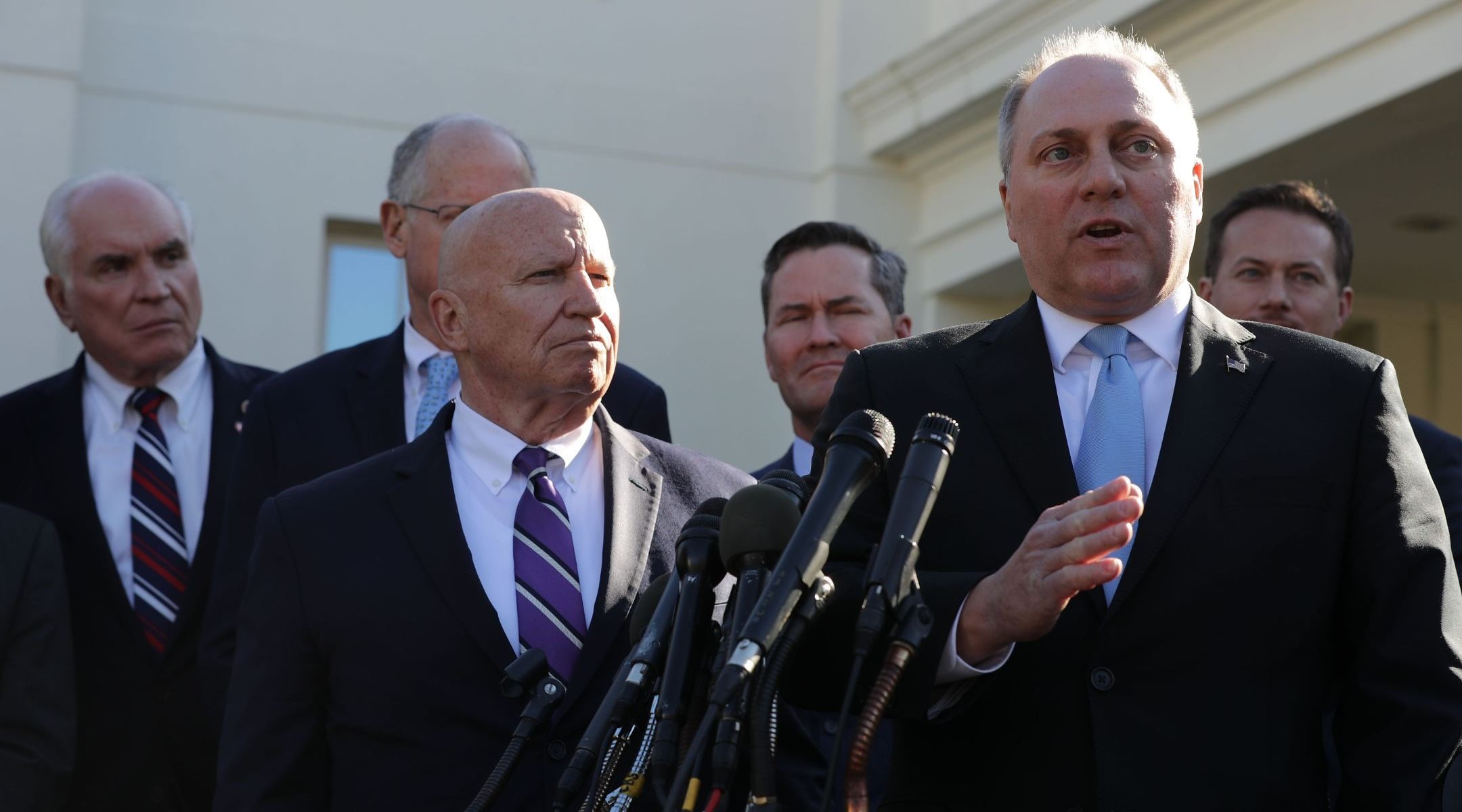 WASHINGTON (JTA) — Top Republicans in the U.S. House of Representatives are joining in an effort to force a vote on a bill that targets Israel boycotters.

Rep. Steve Scalise, R-La., the House’s second-ranked Republican, on Wednesday announced plans to force a rule change that would bring to the floor a broad Middle East policy bill. The law would protect U.S. states that penalize businesses that participate in the Boycott, Divestment and Sanctions movement targeting Israel. It already passed the Senate, but many Democrats have renounced it as an infringement of civil liberties.

“The House must follow the Senate’s lead and take immediate action to support our allies and combat the BDS movement that aims to delegitimize and economically isolate Israel,” Scalise said in a statement.

The broader bill includes codification of $38 billion in defense assistance for Israel, assistance for Jordan and new sanctions on Syria’s government — elements most Democrats support. But House Speaker Nancy Pelosi, D-Calif., wants to break up the bill into its separate components to keep the anti-BDS language from coming to the floor.

Joining Scalise in launching the effort are Rep. Michael McCaul, R-Tex., the top Republican on the Foreign Affairs Committee, and the two Jewish Republicans in Congress, Lee Zeldin of New York and David Kustoff of Tennessee.

Republicans need a majority of the House, or at least 218 members, to sign on to the request in order to force the floor vote. Scalise can count on all but two or three of the 197 Republicans and would have to get another 20 or so Democrats to sign on.

This is the latest in a flurry of Republican efforts to embarrass Democrats on Israel-related issues and part of an overall strategy to draw Jewish voters and donors away from the Democratic Party.

Many — but not all — Democrats object to the anti-BDS language, heeding civil libertarians, a key Democratic constituency, who say the penalties in the state laws targeting boycotters impinge on speech freedoms.