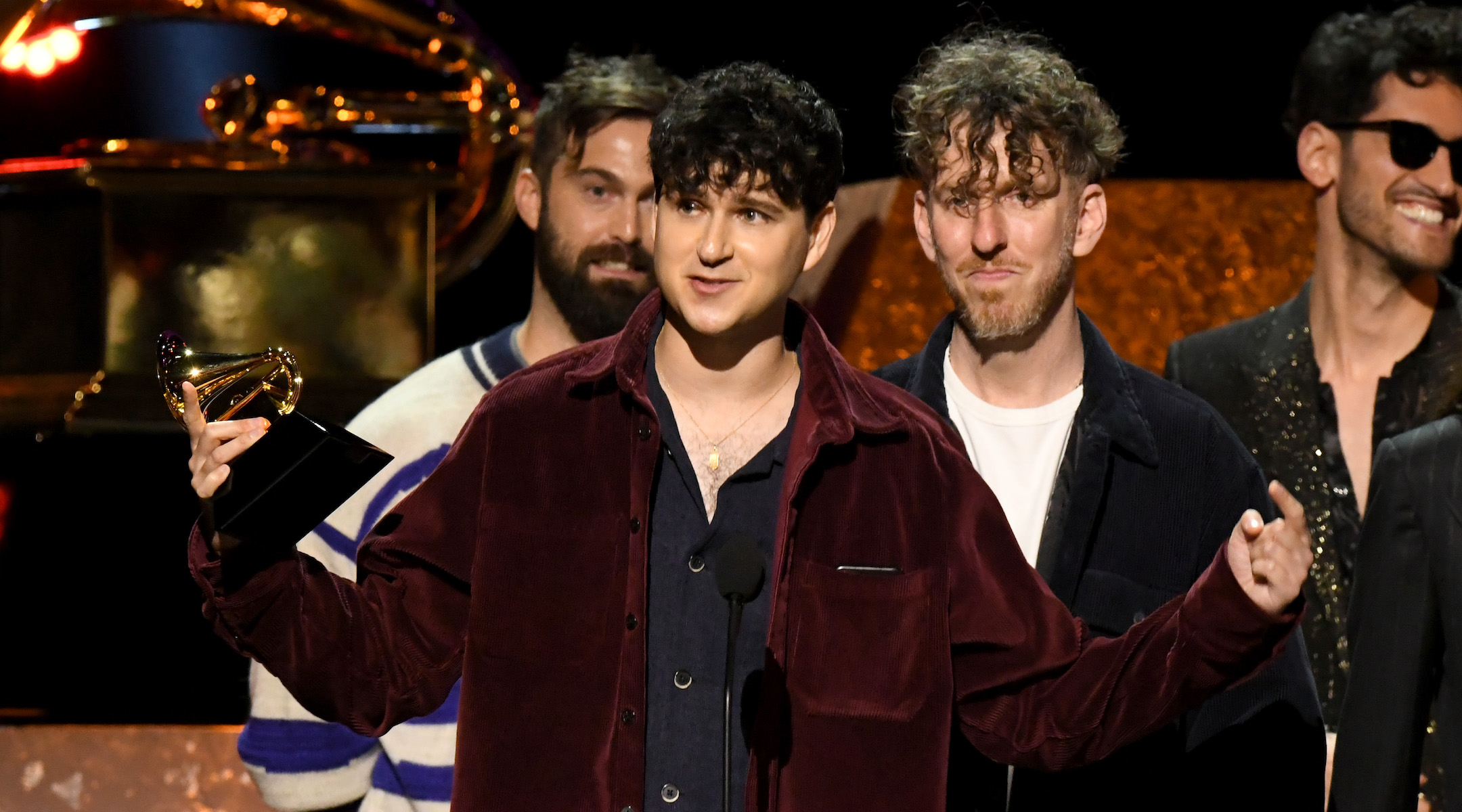 (JTA) — The 2020 Grammys were overshadowed by the tragic news of the deaths of Kobe Bryant and eight others — including his 13-year-old daughter Gianna — in a helicopter crash earlier on Sunday. But despite the somber mood, the show went on.

The Jewish highlight came when Vampire Weekend, led by Jewish rocker Ezra Koenig, won best alternative album of the year. Koenig explored themes of Jewish identity on the album, “Father of the Bride.” Two of the music videos promoting tracks on the record were pretty Jewy, too — one was set in Jewish New York delis (and featured a Jerry Seinfeld cameo) and another included a Passover seder.

The Jewish singer Danielle Haim, of the band Haim, also was heavily featured on an album produced in large part by Ariel Rechtshaid, who has Israeli parents.

“Thank you. That’s it. Really. Thank you — and everybody else that’s not with us,” Koenig said in accepting the award. In his customary aggressively casual pattern, he wore sandals with socks.