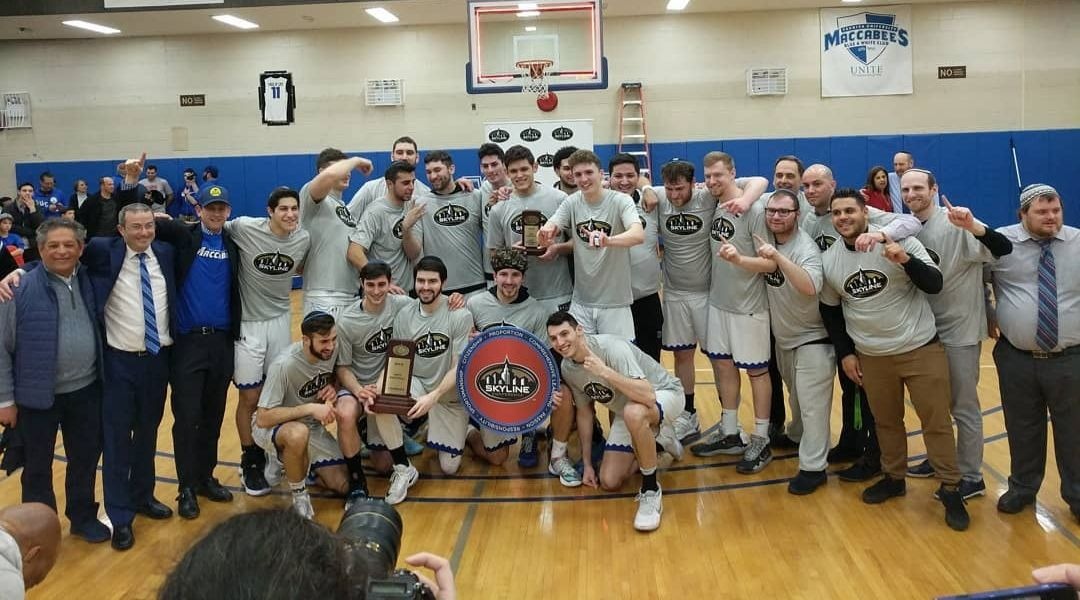 The top-seeded Maccabees defeated third-seeded Purchase College, State University of New York, 86-74, at home in the title game to run its record to 27-1. Yeshiva has not lost since falling in its opener to Occidental College in Los Angeles and is ranked No. 15 in the nation in Division III.

The team will find out its opening round opponent in the NCAA Tournament on Monday.

“Really proud of this group,” head coach Elliot Steinmetz said as quoted by the school’s athletics website. “Undefeated in the Skyline this season. That’ll last forever. Now we celebrate and tomorrow we start focusing on our next game.”

Gabriel Leifer, a 6-5 senior forward from Lawrence, New York, was named the conference tournament’s Most Outstanding Player. Against Purchase, he finished with a triple double: 16 points, a career-high 24 rebounds and 12 assists, according to the website.

Yeshiva, the flagship institution of Modern Orthodoxy, lost in its opening game of the NCAA Tournament in 2018 to York University of Pennsylvania.

NCAA Division III schools do not offer scholarships to their student-athletes.