Jewish Women: A Chronicle of Changes 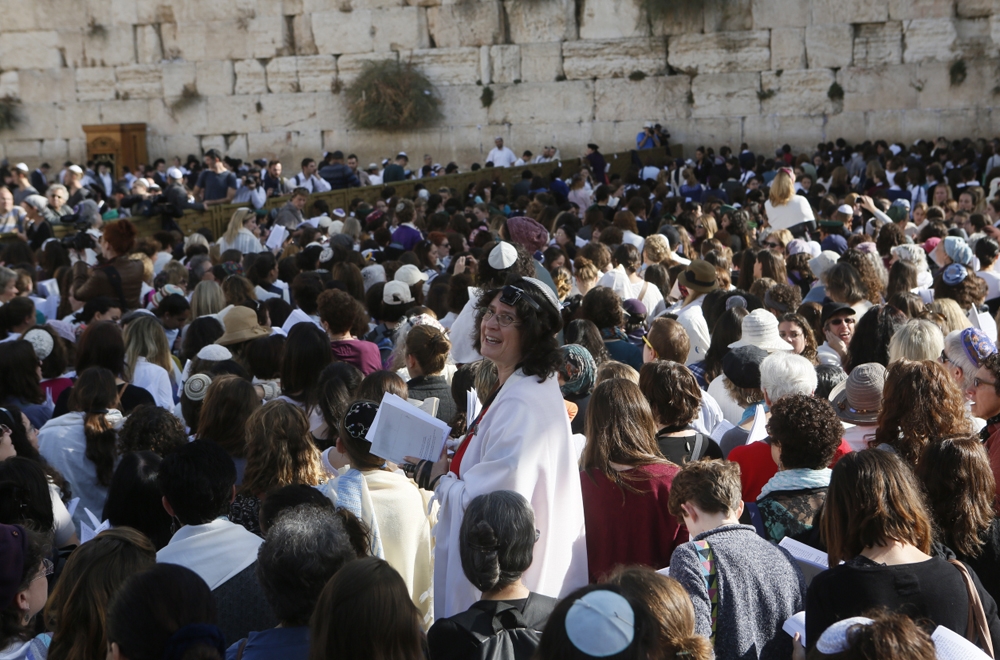 The role of women in Judaism and Jewish life this past century has shifted and grown as Jewish communal norms reflected and reacted to those of the outside world. The JTA chronicled those changes, sometimes consciously  — as with the ongoing coverage of Jewish women’s organizations such as Hadassah and WIZO, or important women’s issues such as economic equality or military service — and sometimes indirectly, with societal shifts indicated through the changing use of language. The word “Jewess” was used to describe Jewish women until about 1970, as in this article about an early protest on behalf of Soviet Jewry, and then fell out of favor until recent efforts by Jewish feminists to reinterpret it ironically. Jewish women have been in the forefront of political change in this country — women such as Betty Friedan, called the “first woman of Jewish feminism” in this 1998 obituary; Bella Abzug, the feisty Congresswoman who was an unwavering champion of Jewish causes; Florence Prag Kahn, the first Jewish woman to serve as a member of the U.S.Congress; and Ruth Bader Ginsburg, whose appointment to the U.S. Supreme Court was trumpeted in this 1993 JTA piece.

The role of women in Jewish life was the topic of several rabbinic sermons in New York City in 1934, offering a look at prevailing as well as radical views of the era.

In the United States, Jewish women took to the streets for abortion rights, while in Israel they fought to serve on religious councils.

JTA’s coverage of the first major Jewish conference on domestic violence in 1982debunked the myth that spousal abuse “doesn’t happen” in Jewish families, whilea 2008 essay examined the link between the current economic downturn and a national rise in domestic violence.

In 1935, American Jewish women’s groups helped push a law that granted women equal rights to lease JNF land in Palestine, but in the 1990s, Jewish women were still pushing against the glass ceiling at the workplace.

Women in the Israeli military was a hot topic in the early years of the Jewish state. Through the 1950s, Orthodox leaders debated the seemliness of Jewish girls carrying guns and protested the Israeli government’s proposal of compulsory national service for religious women, something many young Orthodox women volunteer for today.In the 1990s, as American women were fighting their way into U.S. combat units,South African immigrant Alice Miller’s struggle to be admitted to the Israeli Defense Forces pilot’s course eventually proved successful.The 20th century also saw women making great advances in Jewish ritual life. In 1927, Congregation B’nai Jeshurun  in New York became the first Conservative synagogue to elect a woman to its board. But in 1982, four years before the ordination of the movement’s first woman rabbi, Conservative women still chafed at restrictions on their ritual involvement.

JTA’s coverage traced the evolution of egalitarianism in liberal Judaism, from 1953, when 21 percent of Reform synagogues called up women to the Torah, to 1972, when the Reform movement ordained Sally Priesand as the country’s first female rabbi. A decade later, there were nearly 100 women rabbis in all the non-Orthodox streams.

JTA charted the growth of the Jewish feminist movement through the 1970s,1980s and 1990s, including the Hillel women who led the feminist revolution in Shabbat worship in 1975, the introduction of gender-neutral language into prayer books and 22 years of Women of the Wall’s struggle to pray with the Torah at Judaism’s holiest site.

In the Orthodox world, JTA chronicled the rise of serious Torah education for women, the rise of the Orthodox feminist movement in the 1990s, and the ongoing battle to end the agony of the agunot, or “chained women,” a problem first reported on by the JTA in 1927, when a Ukrainian rabbi sailed for the United States to track down Jewish husbands who left their wives behind in the old country.

Intermarriage is a growing theme both in American Jewish life and JTA’s coverage. The Reform movement’s 1983 resolution stating that the child of one Jewish parent was “presumed” to be Jewish — mistakenly known as the “patrilineal descent” resolution — was an early recognition of the relationship between gender equality and Jewish continuity. JTA chronicled that ongoing dialogue in stories about outreach to non-Jewish mothers of Jewish children, changing attitudes toward such children and the growing assertiveness of adult children of intermarriage in claiming their place at the Jewish communal table.

From the kitchen to the boardroom, the story of Jewish women is the story of American women, with JTA providing a particular lens on one aspect of this important, fast-changing societal issue.

Sue Fishkoff writes about Jewish identity for the JTA and is the author of “Kosher Nation” (Schocken Books, 2010).

Other Articles of Interest