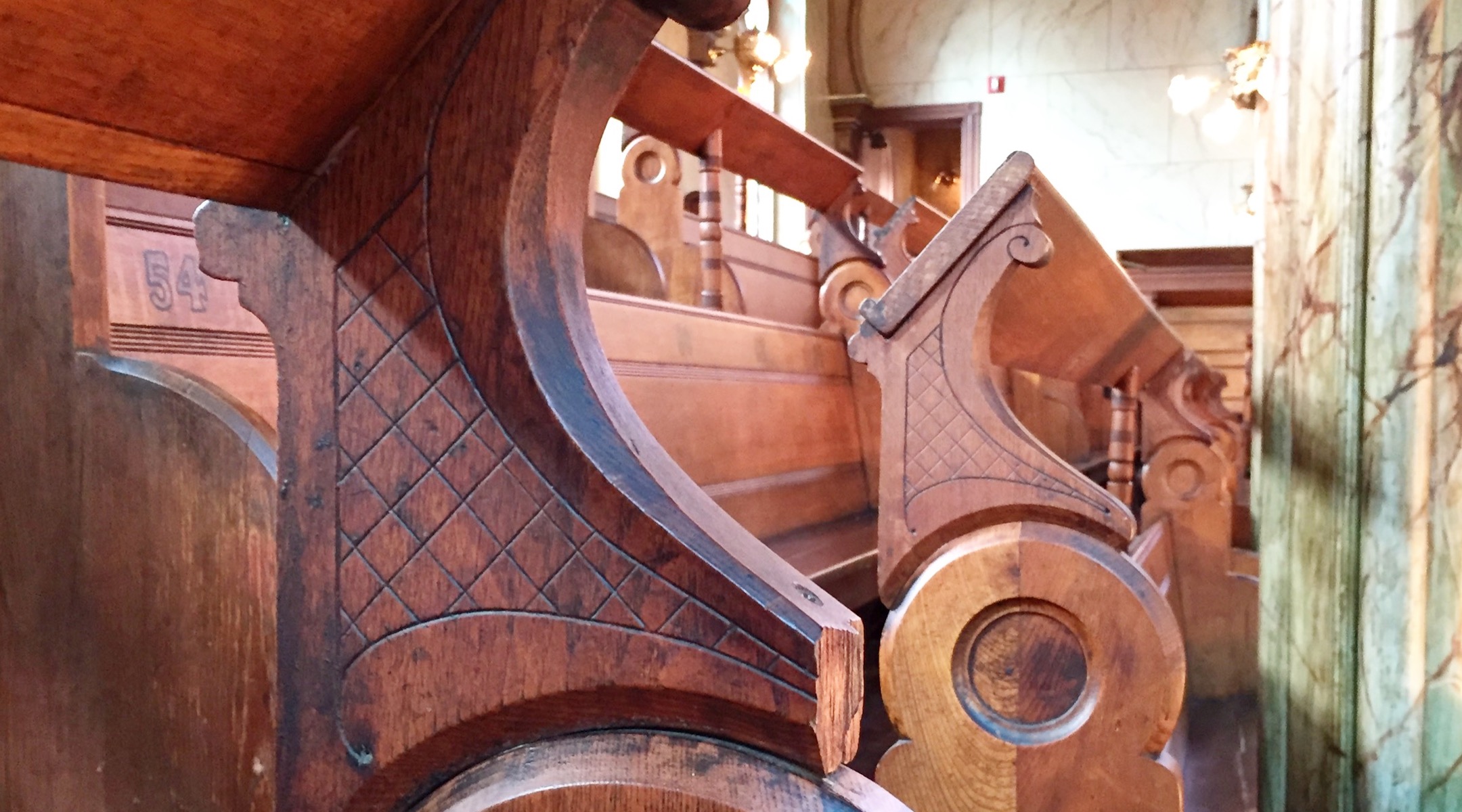 My boyfriend invited me recently to read aloud the week’s Torah portion with his father, a lifelong weekly tradition between them. As he pulled out two copies, he also plopped a kippah on each of our heads.

This has become our tradition – he and I wear kippahs when we engage with Jewish life. We’ve started engaging more ever since we found our new synagogue, called Kol Ami. In West Hollywood, it’s better known as “the gay synagogue.”

What are we, a man and woman madly in love, doing at the temple that specifically caters to LGBTQ people?

Enjoying going to shul more than we have before.

For me, going to Kol Ami was an obvious choice. As a bisexual woman, it’s a place where I can feel fully welcomed to pray, where we don’t erase that Debbie Friedman was a lesbian, the bathrooms are gender neutral and our Purim party is a drag extravaganza. At my synagogue, it’s as if heteronormativity has been slurped out of its organ system by a vampire-themed drag queen.

My partner doesn’t go to “the gay shul” because he’s queer. He goes because he’s a feminist. During services, God is referred to with both male and female pronouns. Women are never restricted to the worst seats in the synagogue or prohibitive gender roles.

It rejects the fact that Judaism needs to hold up the patriarchy it was founded in.

Women and men are segregated in more traditional religious spaces based on the idea that their attraction to each other distracts from their practice. However, for Jewish women, separate has never been equal. For example, the women’s prayer side of the Western Wall in Israel is overcrowded and less than 49 feet long. Meanwhile, Jewish men enjoy nearly 160 feet of space. In some Jewish communities, prohibiting women being seen (and therefore desired) has led to newspapers refusing to publish their faces or blurring them out as if they are a dirty word. Recently, an Orthodox bride was chastised for attention-seeking behavior because she played the drums at her own wedding. (If playing the drums is such a turn-on, why can’t I name the percussionist in Coldplay?)

Marching to our own beat in a synagogue of LGBTQ people, we know that any gender can be attracted to any gender. And we know that excluding women from public life isn’t going to make anyone less obsessed with sex. In fact, shoving all the nice Jewish girls into a crowded corner might have the opposite effect.

At my temple, we’re more obsessed with Talmud than tatas, anyway.

It was at my LGBTQ synagogue that I first felt that partaking in every Jewish tradition was an option for a woman. When my boyfriend bought me a kippah there, it was the first time I felt fully embraced as a member of the Jewish community. My newfound bliss comes with the understanding of why so many services at other synagogues didn’t feel spiritual.

There’s nothing holy about oppression.

That’s why we aren’t the only hetero couple at the gay synagogue. The temple is sprinkled with interracial couples, Jews of choice and other marginalized members of our community who might not identify as queer, but definitely feel like an outsider in more traditional spaces. Our sanctuary is an actual sanctuary for them.

Now I don’t think you should abandon your synagogue and dye your tallit rainbow if that’s not your thing. However, imagine what could happen if every synagogue abandoned the heteronormativity and misogyny consistently bleaching out Jewish women.