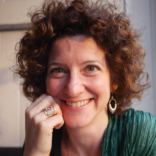 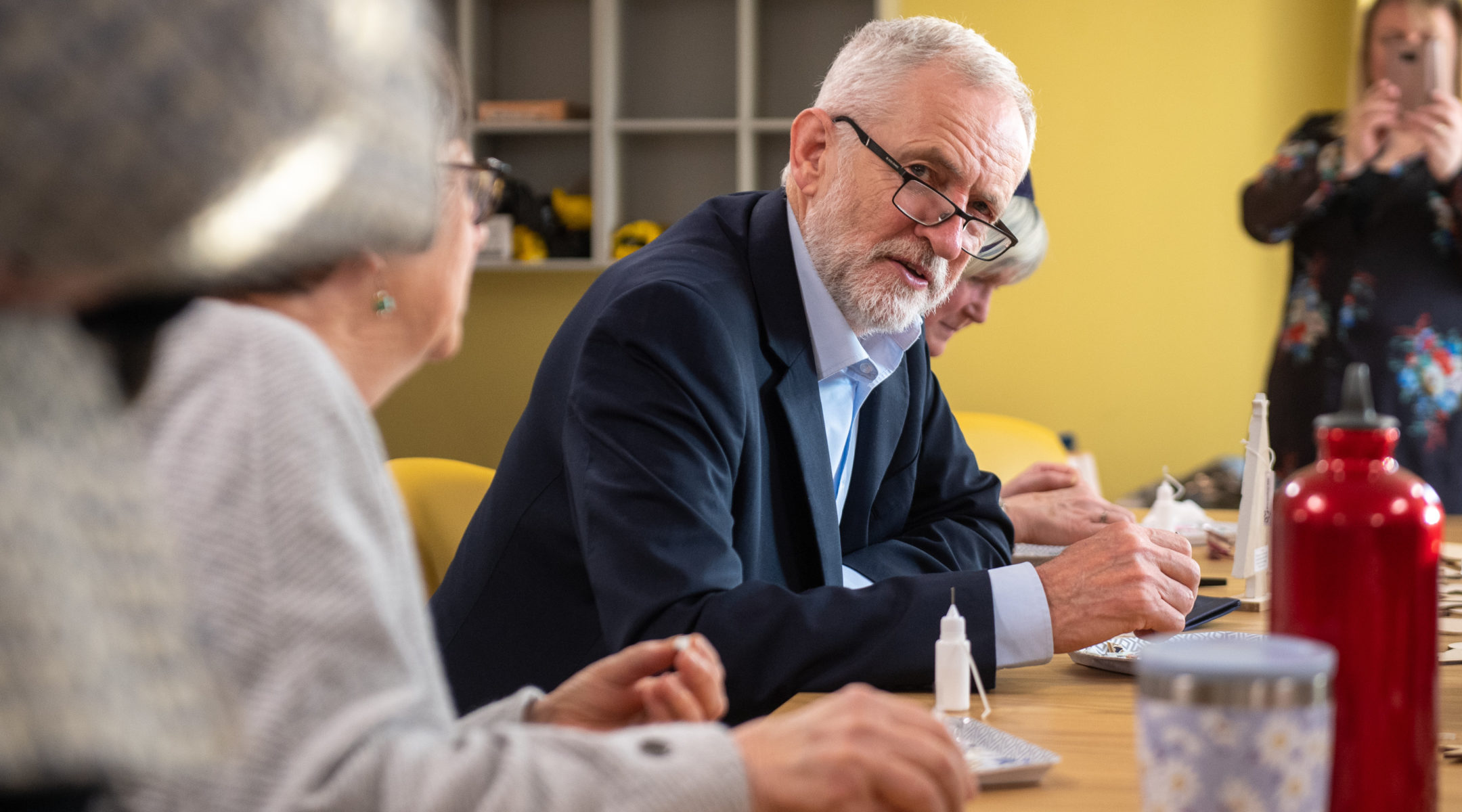 LONDON, England (JTA) — I am a secular Jew and a lifelong British Labour Party voter — two allegiances that once intersected very comfortably.

As so many of us do, I inherited my politics. Every time Conservative prime minister Margaret Thatcher was reelected, my mother and her friends held a full wake. I remember the moaning and the drinking, as if someone had actually died.

She herself is no longer alive, so I cannot ask what she thinks of Labour Party leader Jeremy Corbyn, or of the accusations of anti-Semitism leveled at him and so many of his cohort.

Suddenly, so many things that once were simple seem impossibly complicated. Brexit, the British push to leave the European Union, will deprive me of my right to live and work across the English Channel. I must choose, it seems, between being British and being European, when I thought I had the right to be both.

Labour might just prevent Brexit. Yet here, too, I’m obliged to decide where my loyalties lie. Jews putting their Jewishness before allegiance to country is an anti-Semitic stereotype. And yet — how can I support an anti-Semite?

I did not realize these essential aspects of my identity could be separated from one another. I am still not sure that they can be, without me breaking apart.

The Conservative Party has its own problems with racism: recently, Parvez Akhtar, the Conservative candidate for Luton South, called for Johnson to apologize for Islamophobic comments he has made in his newspaper columns. Johnson has also grossly insulted Africans and denigrated vulnerable groups, from single mothers to survivors of childhood sex abuse. To ignore all this just because he hasn’t made any comments disparaging Jews seems unwise, even dangerous.

But anti-Semitic or racist comments by individual lawmakers aside, the U.K.’s current push to quit the European Union is an act of monumental self-harm: We would quit our biggest trading partner, the European Union, and give up our part in a project that was designed to prevent another war in Europe — and has mostly succeeded.

Like an earthquake, Brexit has exposed the weaknesses and fractures the once-mighty British nation has desperately been trying to disguise. The fatal nostalgia for a former empire and the festering belief that we alone won the war, a plucky little nation overcoming the Nazi juggernaut. The ghastly failure of industry that has destroyed communities and fostered fear and insularity, while ineffectual or indifferent governments looked on. These malign forces are never kind to Jews.

If we follow through with Brexit, we will almost certainly disunite the United Kingdom: Scotland, which voted 62 percent to remain, now wants another referendum on independence. Northern Ireland, which was also majority remainers, may end up quitting the U.K. and forming a united Ireland if our prime minister, Boris Johnson, gets to follow through on his current stated intention to create trade barriers between there and the mainland.

Brexit is an act of harm to Britain’s Jews, too, because the best answer to racism is always solidarity. A peaceful Europe, trading and talking, is a Europe where the Holocaust could never happen again. I believe that as fervently as my forebears believed in the Torah.

So, what to do? The accusations leveled at Corbyn are not mere politicking. The Equality and Human Rights Commission is investigating the allegations of anti-Semitism in the Labour Party. The only other party that has been investigated in this way by the EHRC was the far-right British National Party.

If you take the far right out of the picture — and how I wish I could — I suspect that most of the people who voted for Brexit have done so because they lack the tools to assess the misinformation fed to them by dishonest politicians, disaster capitalists and meddling Russians.

They believe that a return to past isolation from Europe will be a return to solitary splendor. The splendor was real enough, but the solitude is a myth. Britain grew rich on the back of its colonies, and won two world wars with the help of those colonies — among other allies, including the United States.

And so we come full circle. The people whose countries we conquered were mistreated then and their descendants, those who came here to make a better life for themselves, are mistreated now, while more recent arrivals are feared as criminals and job-takers by white Britons fed a bitter narrative of anti-immigrant rhetoric. A kingdom rips itself to pieces in its attempt to return to a prelapsarian self-sufficiency that never actually existed.

Can Corbyn prevent all this? He is not a Remainer. He is what’s called a Lexiter, a left-wing pro-Brexiter: He believes in a socialist Britain that can only become a reality when we wrest ourselves from the global capitalist project that the EU represents. But, as the only possible prime minister other than Johnson, he is our best hope.

He has, at least, promised a second referendum on whether Britain should leave the EU, and unlike Johnson, who lies as easily as he breathes and has been fired from jobs in politics and in journalism for untruthfulness, Corbyn will probably fulfill that promise.

So, the vital question for a Remainer British Jew, however secular: Is Corbyn actually an anti-Semite?

I don’t know. He is a champion of the Palestinians, which is fine by me: I hold anti-Israel sentiment to be very separate from anti-Jewish sentiment. But has Corbyn’s hatred for Israel spilled over onto the whole of world Jewry? It’s very possible.

He has said that Zionists “don’t understand English irony” — a highly provocative statement, even if he denies that by “Zionists” he meant “all Jews.” I am not a Zionist, but if I were, sorry Jeremy, I would still be as English as you are.

In 2012, Corbyn sent a supportive message to Mear One, the creator of a mural featuring a hook-nosed man counting money. He later apologized, claiming he had not looked at it properly.

In a front-page editorial, the Jewish Chronicle newspaper stated that a vote for Labour is a vote to discount the fears of British Jewry. A few days later, the Chief Rabbi Ephraim Mirvis echoed those sentiments in a front-page piece in The Times, saying Britain’s Jews are afraid of the consequences of a Corbyn government.

These are not the voices that a secular Jew listens to. There are still staunch Jews within the Labour Party, and very many righteous Labour MPs who want no part in this sleaze. But there are also Jewish MPs who have quit the party entirely, citing racist abuse.

But in the end, I’d rather fight Labour’s anti-Semitism from within Britain and within Europe. While some Labour leaders are keen to leave, the Conservatives are slavering to take us out, with or without a post-Brexit deal.

So I cling to my hope for a Labour government that will hold a second referendum so that we can, freely and fairly, change this nation’s course.

The Brexiters and I both want to go back in time. But I want to travel to pre-2016, when the Brexit referendum took place, not pre-1945, when the Holocaust did. In the end, I will swallow my bile and vote for Labour — because even a tarnished hope is better than none.

Nina Caplan
is an award-winning British arts, travel and wine writer and author of The Wandering Vine: Wine, The Romans and Me (Bloomsbury), and a columnist at The New Statesman and The Times (of London). She has written op-eds for The Telegraph, The Evening Standard, The Guardian and Jewish Quarterly.
The views and opinions expressed in this article are those of the author and do not necessarily reflect the views of JTA or its parent company, 70 Faces Media.