American Jews know anti-Semitism is a problem on the right. Why are Jewish organizations increasingly letting it slide? 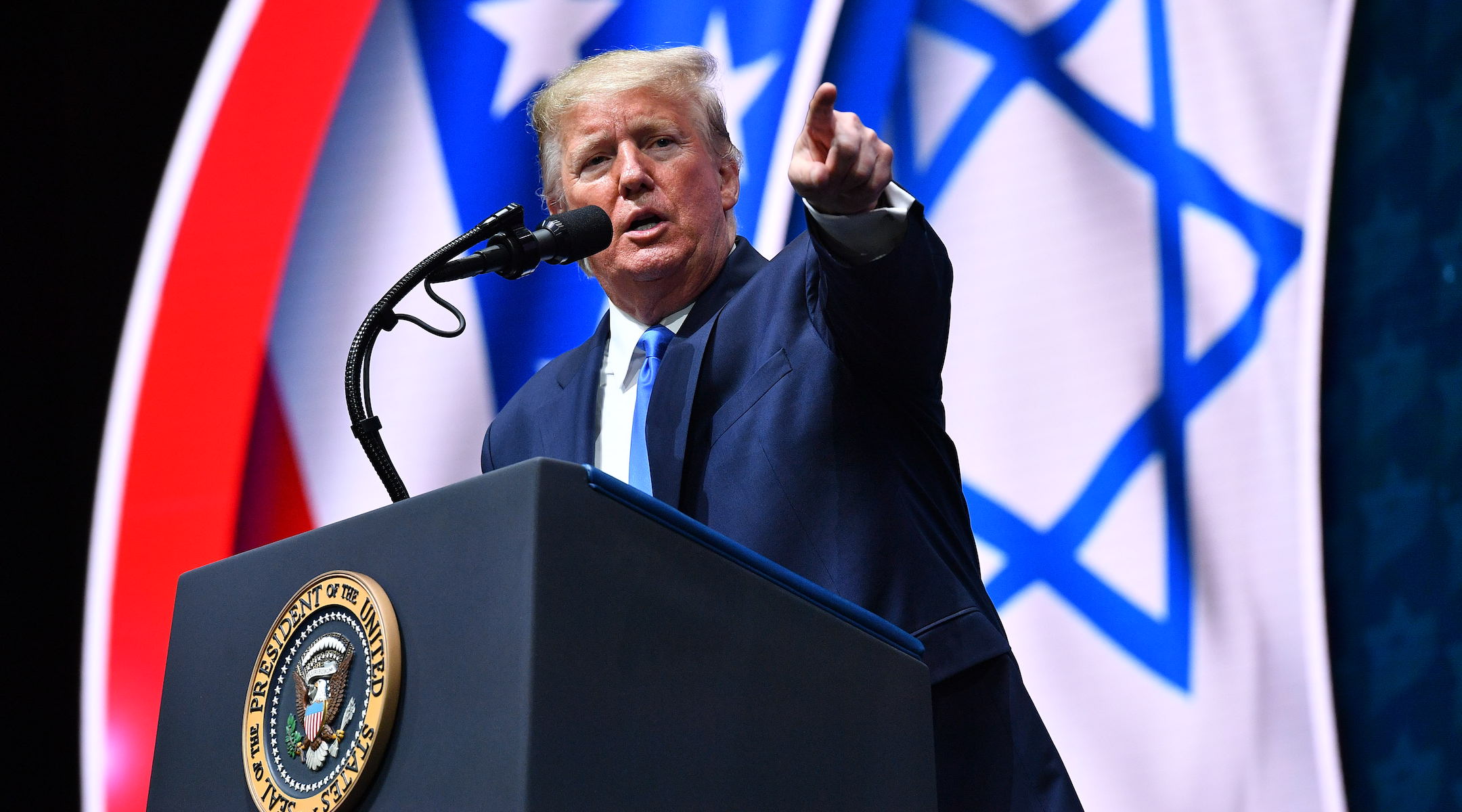 BERKELEY, Calif. (JTA) — There are the makings of a rebellion brewing in the mainstream American Jewish community.

It’s not a “Jexodus,” the right’s quixotic dream that Jews will migrate en masse to the Republican Party.

The issue is simple: The Republican Party, from Donald Trump on down, has a huge anti-Semitism problem. Yet too many American Jewish organizations, which purport to represent the Jewish mainstream, are tiptoeing around it.

When pressed absolutely up against the wall, they might issue a timid plea to “speak more carefully” — a mild rebuke that still usually comes wrapped in an insulating layer of gratitude for pro-Israel gestures.

Most Jews are not fools. We know there is a connection between the scare-mongering about Soros globalists and “cultural Marxists” and “cosmopolitan elites” — rhetoric that has become the conservative movement’s primary tool of political mobilization — and the surge in anti-Semitic harassment, marginalization and violence that has plagued Jews in recent years.

We’re tired of our own establishment organizations talking a big game about fighting anti-Semitism wherever it lies, only to supplicate themselves to a man and a party who has regularly and consistently trafficked in anti-Semitic tropes in pursuit of a political vision radically antagonistic to the values of American Jews.

The latest group to abdicate its duty? The American Jewish Committee.

Eyes fell on the AJC again this week after President Trump, in remarks to the Israeli American Council, suggested that Jews aren’t “nice people,” would vote for him primarily to protect our own “wealth” and are disloyal to Israel. He even threw in an anti-Native American racial slur for good measure.

The AJC, which just inaugurated a social media campaign to “Translate Hate,” should have been especially attuned to what was happening here.

Fight antisemitism by understanding it. Recognize it—especially when it’s hiding in coded language—and expose it for the hate it is.

Trump has repeatedly hit on all of these anti-Semitic themes before. He’s complained that Jews won’t back him because he doesn’t “want your money.” He’s told American Jews that Israel is “your country.”

In many ways, Trump’s IAC speech perfectly encapsulated the emerging conservative consensus about American Jews: We’re disloyal to America in favor of our actual country, Israel, to which we’re also disloyal. Ann Coulter, at least, heard the message loud and clear:

Could we start slowly by getting them to like America? https://t.co/c5TV2wbK5a

Yet instead of a robust condemnation of yet another anti-Semitic indulgence from the president of the United States, the AJC’s reply stood out from the rest of the Jewish community for adopting a tone that can only be described as groveling:

Dear @POTUS – Much as we appreciate your unwavering support for Israel, surely there must be a better way to appeal to American Jewish voters, as you just did in Florida, than by money references that feed age-old and ugly stereotypes. Let’s stay off that mine-infested road.

Well gosh, I’d hate if Donald Trump hit a mine on the road to appealing to Jewish voters. He might get hurt!

Somehow a statement that purports to condemn Trump’s anti-Semitism seemed to express more concern about Trump’s well-being than that of the Jews. More than a few observers contrasted the wishy-washy response given to Trump with the AJC’s considerably more robust reply to Rep. Ilhan Omar’s “Benjamins” remark:

The AJC’s approach to Omar was not prefaced with sincere appreciation for her political accomplishments, nor couched in language that suggested they were primarily concerned with her well-being. She gets unadulterated scorn, and the AJC will never, ever let her forget it.

Apologists contend that kid gloves are warranted for the president because he and his party are “pro-Israel” — “unwavering,” as the AJC gratuitously put it at the opening of its gentle admonishment.

The message? Being pro-Israel (or at least pro-Likud) is a “get-out-of-anti-Semitism-free” card. Groups like the AJC are sending the message that the correct positions on Israel will suffice to forgive any amount of anti-Semitism in America.

And Republicans have felt entitled to play that card, again and again, to wash away increasingly more brazen anti-Semitic indulgences.

Invite a Holocaust denier to the State of the Union, as Rep. Matt Gaetz, R-Fla., did?

Say the Republican Party is controlled by the “Jewish lobby,” as former Minnesota congressman (and Trump-endorsed GOP Senate candidate) Jason Lewis did?

It’s fine — “these are not my views about American support for Israel, period.”

Even where other Jewish organizations have clearly and robustly condemned Republican anti-Semitism, the media (both Jewish and non-Jewish) routinely fails to follow up. There are no dogged demands for comment, no monthlong storylines about the GOP’s anti-Semitism crisis.

Repeated instances of conservative anti-Semitic rhetoric are routinely glossed over and effectively forgiven even as Republicans defiantly refuse to apologize for them. They spit in the face of the American Jewish majority, then have the chutzpah to call themselves defenders of the Jews — and they’re allowed to get away with it largely without question.

On the mainstream right, we see conspiracy theories about Jews buying Congress or trafficking migrants or orchestrating impeachment allowed to run rampant in the highest levels of government and in the most influential sectors of the media. And when they do predictably explode into vandalism, harassment or violence, few dare hold accountable the mainstream actors — from political officials to Fox News mouthpieces — who so eagerly served up the toxic stew.

What’s bizarre is that the AJC’s own polling decisively demonstrates how far it has deviated from American Jewish priorities. This year, 78 percent of American Jews told the AJC that anti-Semitism on the extreme right represents a “very” or “moderately” serious threat, compared to 36 percent for the extreme left.

When it comes to attributing blame to political parties, the numbers are just as stark. Asked to assign responsibility for current levels of anti-Semitism on a 1-10 scale, Jews gave Republicans a median score of 7 compared to a 3 for Democrats.

When the political apparatuses of the American right — from the president to Congress to Fox News — repeatedly and regularly transmit anti-Semitic conspiracies of the worst sort, injecting them into American political discourse and normalizing them as a feature of American public life, it is not innocent. It needs a clarion response. We are screaming for the communal institutions that represent us to reflect this reality — to reflect our reality when representing us on a political stage.

In fact, just this summer, the AJC expressed “outrage” at “President Trump’s comments today criticizing American Jews who support and vote for Democratic candidates,” calling it “shockingly divisive and unbecoming of the occupant of the highest elected office,” and the comments “inappropriate, unwelcome, and downright dangerous.” What has changed since then? How is it that Trump can double-down on his anti-Semitism and get an effective green light on it?

The AJC needs to think very carefully about its future if it continues along this path. What is the use of an organization that describes itself as the “Jewish State Department” if it stops reflecting the interests and preferences of most Jews? Increasingly Jews — mainstream Jews — are asking ourselves that very question.

In the meantime, American Jews will continue to fight anti-Semitism vigorously and unsparingly wherever it manifests. No distractions. No free passes. No timidity. 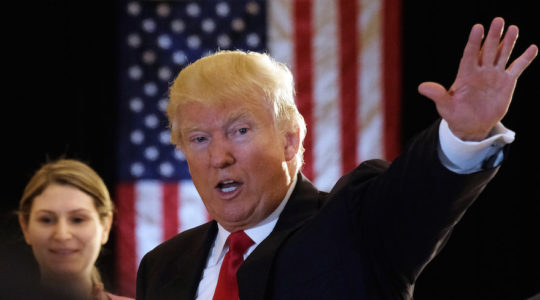 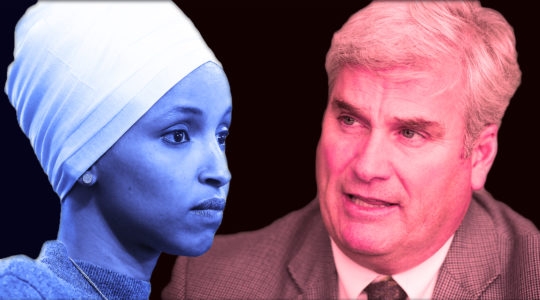 Most media coverage of anti-Semitism focuses on the left, study finds 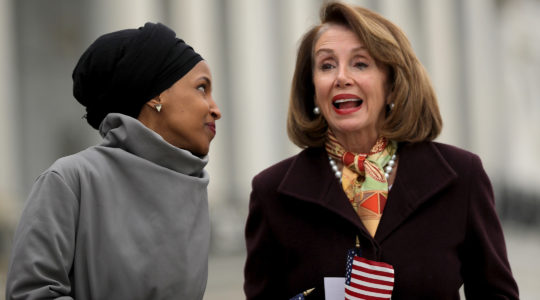 Why the Democrats’ Ilhan Omar problem isn’t going away