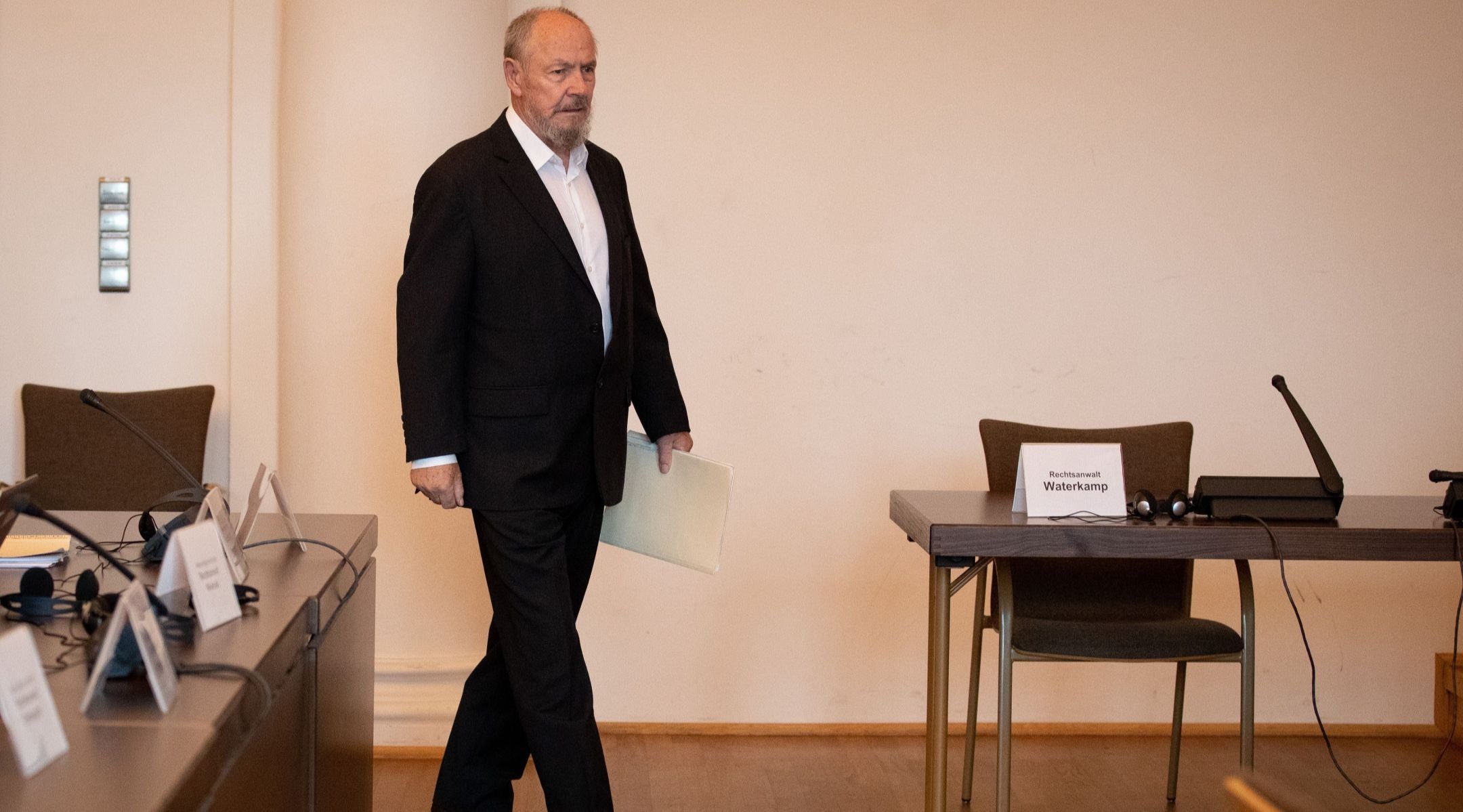 (JTA) — Moshe Peter Loth made headlines in November when he hugged defendant Bruno Dey during his trial in Hamburg, Germany. Loth is a Florida man who identified as a Holocaust survivor, and Dey is a former concentration camp guard.

“Watch out everyone, I’m going to forgive him,” Loth, 76, said as he approached Dey, who admits to having been a guard at the Stutthof camp near Gdansk, which today is in Poland.

But Loth may have exaggerated his story — he was born into a Christian family and was likely never in a camp.

Loth has told journalists over the years that his grandmother and mother were both imprisoned in the camp, turned in by his own grandfather, whom he described as a Nazi. Loth also claimed to have received information from the Red Cross that he was born in the camp.

According to information provided to the Jewish Telegraphic Agency by four major Holocaust archives, the woman Loth identified as his mother — Helene Anna Flood — was released from the camp one month after she was taken there, and several months before Loth was born.

Loth told his story to a Germany-based missionary group in 2005, and to an online publication, the Othello Outlook, in 2012. It was also mentioned in an autobiography, “Peace by Piece,” written with Sandra Kellog Rath.

Loth, who had submitted documents to Yad Vashem claiming his grandmother died in a gas chamber in Stutthof, has spoken at Holocaust memorial ceremonies about his past and has been introduced as a Holocaust survivor with Jewish roots.

Spiegel magazine reported late last month that Loth was born into a Protestant German family near Gdansk. His grandmother died in 1943, but not in a Nazi camp.

Loth’s attorney told Spiegel that Loth was under the impression that his grandmother had died in the camp, and would be correcting his witness testimony to Yad Vashem.

As a co-plaintiff in Dey’s case, Loth had been allowed to question Dey, who repeated his testimony that he had not volunteered to be a guard in Stutthof and that he was shocked by what had happened there.

The press office of the Hamburg-based prosecutor’s office told JTA in an e-mail that “the trial against Mr. Dey is neither suspended nor dismissed. It will continue as scheduled.”