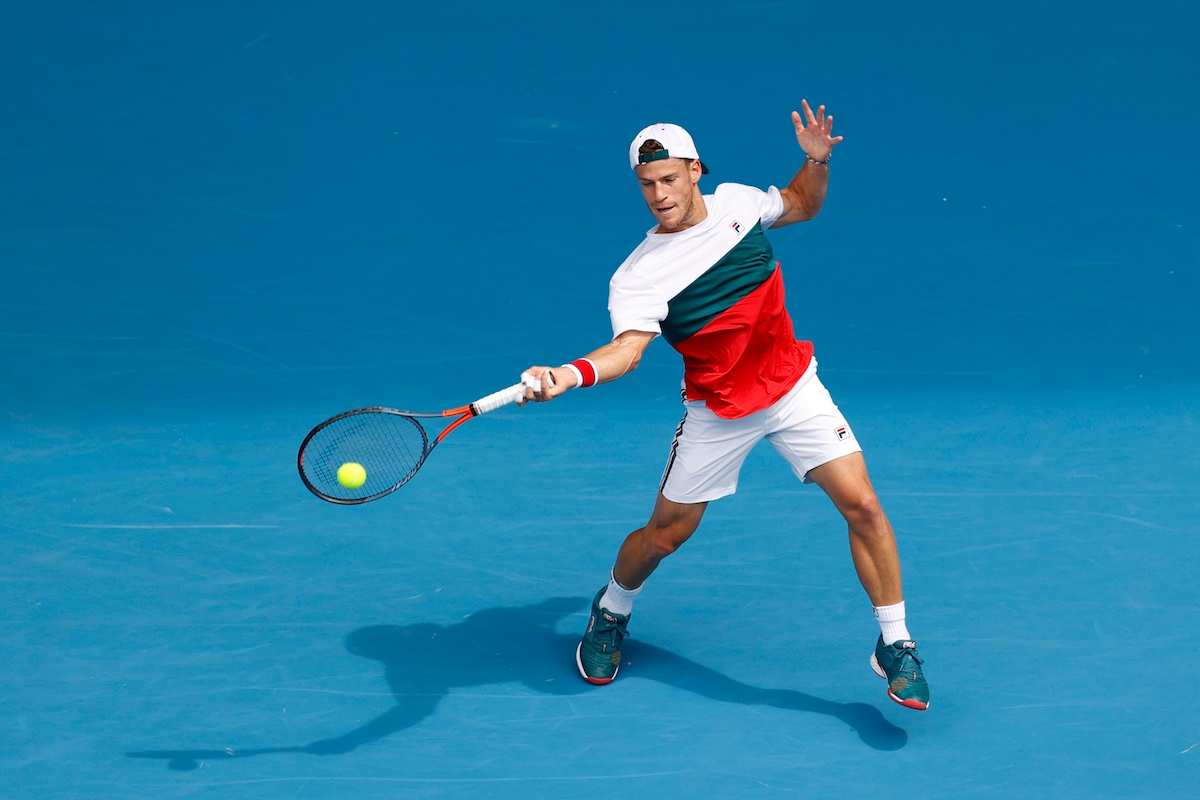 I was never the best tennis player. Nor was I particularly good at soccer, basketball or any other sport my parents signed me up for. Still, I stuck with tennis through my junior year of high school, when I was unceremoniously cut from the varsity team. I had been captain of the JV the year before — a position that was awarded based on your peers, not your skills.

Since being cut, I have rarely picked up a racquet, until one day last summer when my dad finally goaded me into hitting a few balls with him. As I got on the court, I remembered why I stuck with tennis so long: It makes me feel happy.

Why should you care about my relationship with tennis? Well, you shouldn’t. (Unless you’re my dad: Hi, Dad, I promise I still love tennis.)

Even though my active participation in the sport has dwindled to practically nothing as I got older, I remain an avid viewer of professional tennis. I cheer on Serena Williams on her path to 24 Grand Slams; I love watching young Coco Gauff and Naomi Osaka; I am obsessed with how much Nick Kyrgios wishes he were a basketball player, but instead he was blessed at tennis.

But there’s one player that makes me genuinely emotional to watch: Diego Schwartzman.

I hadn’t really heard of Schwartzman until I started working at Alma. He’s a Jewish tennis player from Argentina, and in 2019 he made it into the top 20.

Schwartzman looks like every boy I went to high school with. He wears his hat backwards. He might as well have been one of the boys we would crush on at summer camp during the four times a summer we got to see boys. (I attended an all-girls camp.) He even wears summer camp bracelets when he plays. In other words, I feel like I know him, even though I definitely do not.

He feels so familiar.

But Raisman, Bird, Edelman, Bregman — all these stars feel superhuman. They are or have been at the pinnacle of their sports, MVPs, All-Stars, gold-medal winners.

Schwartzman, well, isn’t. He is still a superhuman tennis player (he is very, very fast, and returns practically everything). But Diego Schwartzman, I realized this weekend, is exactly the representation I crave. He has yet to win a Grand Slam, and may never win one. But he is trying his goddamn best, and he’s making it pretty far into tournaments. He’s losing to the best men’s players of all time (Nadal, Djokovic, Federer), and they are close matches. He’s a top 20 player, which is insane. He’s a better athlete than anyone I know or will ever know.

Yet even though he’s this world-class athlete, he seems so relatable.

Every anecdote I read about Schwartzman is downright delightful. Like this, from the French Open in 2018: “Yet though he may be small of stature, everybody on the men’s tour has always known Schwartzman has the biggest heart.” Or this Australian Open tweet: “He may be small in stature but he has a giant heart and work ethic.” (I’ll get to his “small stature” in a bit.) Or the fact that he won the U.S. Open Sportsmanship Award in 2019, along with Naomi Osaka, for being a “true role model” and inspiration.

In an interview he gave recently, he said in Spanish, “Soy una persona muy tranquila en cuanto a la religión y trato de respetar a todos. Soy recontra comprensivo. A cada uno le gusta una cosa o la otra, lo primero que tiene que haber es respeto.” (Rough translation: “I am a very calm person in terms of religion and I try to respect everyone. I am always understanding. Everyone likes one thing or another, but the first thing has to be respect.”)

He was even looking for a “Nice Jewish Girl” during the 2019 Miami Open:

PSA, Miami: Diego Schwartzman says he's in the market for a nice Jewish girl he can bring home to mom.

Lots of gefilte fish in this sea… #MiamiOpen

That was almost a year ago; he now seems to be dating Argentine model Euge De Martino. Here they are together, very cute.

But back to why I love Diego Schwartzman.

When Schwartzman was 13 years old, a doctor told him he would never be taller than 5-7. He came home and told his parents he was going to quit tennis. His mom convinced him otherwise. His friends and family called him “El Peque” — Shorty — and the nickname has stuck. That never-quit attitude has remained with Schwartzman throughout his career.

Schwartzman is unique on the men’s tennis tour because of his height. His official bio says he is 5-7, even though many tennis reporters and fans have said he is much likely shorter.

“The only Diego Schwartzman height talk worth continuing is height truthering, because he is definitely *not* 5-7 … which makes his success even more remarkable,” Ben Rothenberg of The New York Times tweeted in September.

Again, this makes his success even more impressive than if he were 5'7", so I wish it were known and celebrated.https://t.co/Zw0lC26Pxx

Rothenberg believes Schwartzman is 5-4 1/2, a fact that would make his continued success even more amazing. (The official U.S. Open website listed him as 5-5 in an article calling him “The big short.” We see you, U.S. Open!) Schwartzman is the highest-ranked player to stand 5-7 or shorter since Harold Solomon, also Jewish, was No. 10 in 1981. Diego Schwartzman, listed at 5-7 but probably shorter, is congratulated by Alexander Zverev, who stands 6-6, at the 2019 U.S. Open. Schwartzman defeated Zverev in the fourth round. (Tim Clayton/Corbis via Getty Images)

In major tennis tournaments, after winning, the victor typically has to give an on-court interview in which they are asked about the match and their possible next opponent. Schwartzman is typically self-deprecating.

"I just know Nishioka, because he is my size."@dieschwartzman came with the jokes 🤣#AO2020 | #AusOpen pic.twitter.com/w1lKWiqma6

When asked if he enjoys beating players much taller than him, Schwartzman replied, “No, no, no. Maybe for you, I don’t know. It’s classic for me. I think for the people, it’s helping to be with me on court. They see the small one and the big one, they are going with the small one.”

When Schwartzman beat the 6-8 Kevin Anderson at the French Open in 2018, he told his interviewer with a smile, “Did you read David and Goliath?”

And the best part of all of this? He’s so much fun to cheer on:

Schwartzman is proof that short people, Jewish or otherwise, can be world-class athletes. When so much of sports can be dependent on how you were born (like Michael Phelps’ wingspan, which is 3 inches more than his height), Schwartzman’s continued success proves that sports can also just be how much you want it.

Representation in sports is not something I ever really thought about. I kinda just accepted that the athletes I watched would never really look like me, and that’s OK. Mia Hamm was my idol growing up, and it didn’t matter that she wasn’t Jewish. Being Jewish or not doesn’t change who I root for.

But there’s something different about Diego Schwartzman. Although I am not short (I am average height, but short in my family full of tall people), nor am I an athlete, watching this Jewish player do his thing — specifically beat guys who are over a foot taller than him — is a true joy.