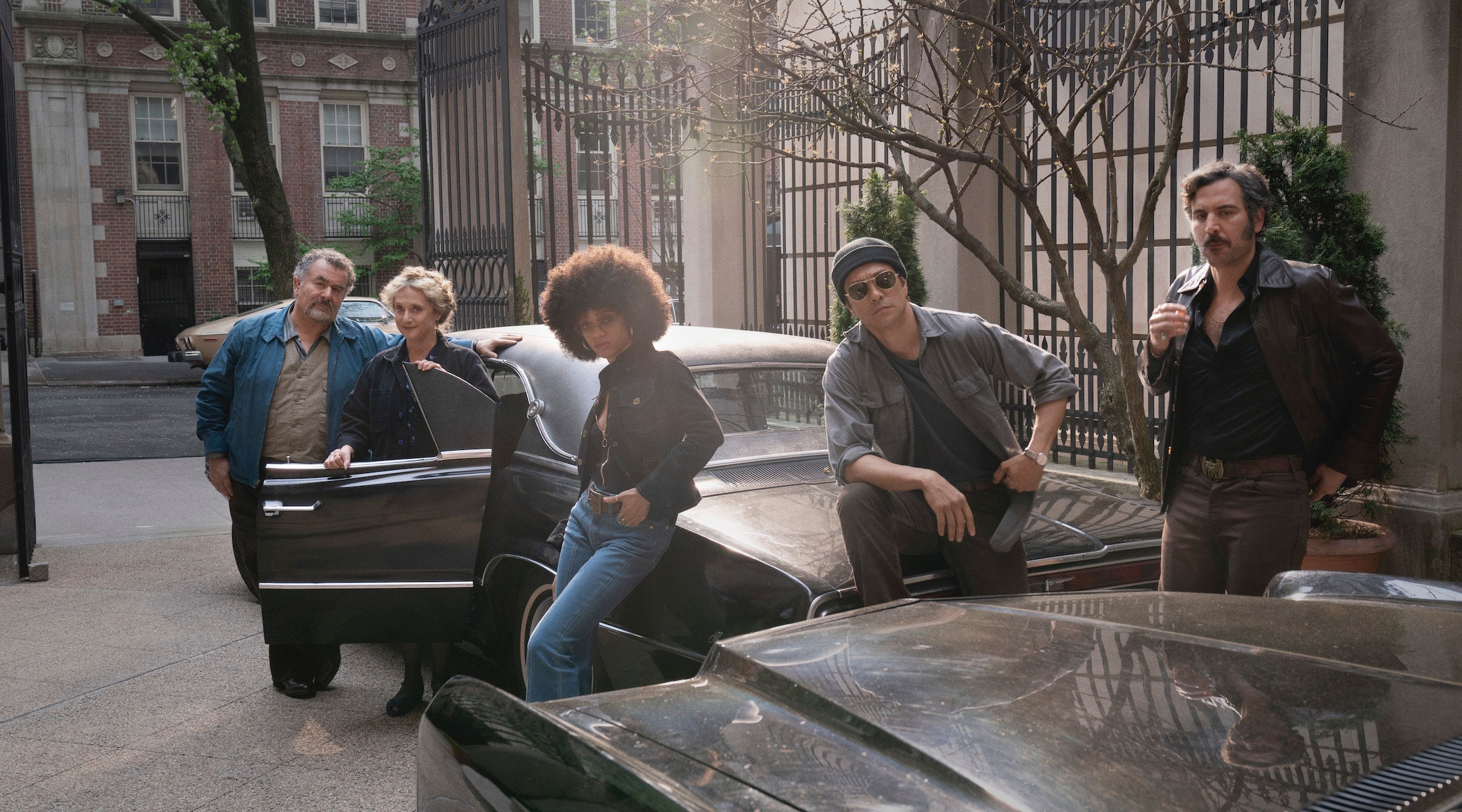 (JTA) — “Hunters,” the new show co-produced by Jordan Peele and created by David Weil for Amazon Prime, tells the story of a crew of Nazi hunters in 1970s America. They are led by a mysterious man named Meyer Offerman, who has a thick Yiddish accent and is played by none other than Al Pacino.

The series has garnered mixed reviews and raised questions about the ethics of Jews taking violent revenge. But there’s another lingering question: Were there that many Nazis in America in the 1970s that needed to be hunted down?

The show, which stars a gaggle of Jewish stars — Logan Lerman, Saul Rubinek, Josh Radnor and Carol Kane, who all play Nazi hunters — is very much an over-the-top fictionalization. It boasts an aesthetic that’s more comic book than history book, but its stories and plotlines are based on quite a few true events.

So let’s break down the fact from Nazi fiction about the post-Holocaust melodrama.

The answer to that is a little complicated — yes, in the decades after the Holocaust, Jewish and non-Jewish scholars and survivors worked to bring Nazis to justice. Some were American and some were European.

But “Hunters” exaggerates the drama of the hunt, so to speak.

Needless to say, the actual hunters they were based on were a less eclectic and glamorous group.

The real-life Nazi hunters also did not enjoy the Bruce Wayne-like obscurity that Pacino’s Offerman and his group of hunters did. Nor did they go around clandestinely torturing Nazis with horse dung (yes, this happens in the show) and murdering them, to the best of our knowledge.

But they did manage to uncover and bring to justice some Nazi war criminals.

So who were these real-life Nazi hunters?

There are actually too many to name. But here are the most famous ones.

The most prominent was probably Simon Wiesenthal, who survived four concentration camps. Wiesenthal and his wife, Cella, lost an estimated 89 relatives to the Nazis.

He started his Nazi hunting shortly after being liberated from the Mauthausen camp. Still emaciated and frail, Wiesenthal began documenting names and details of Nazis and collaborators, from guards to Gestapo officials.

After the war, Wiesenthal launched the Documentation Centre of the Association of Jewish Victims of the Nazi Regime in Vienna in the ’60s and became a Mossad agent. While he probably wasn’t instrumental in the capture of Adolf Eichmann, as some were led to believe, he did help find other Nazis, notably Karl Silberbauer, the Gestapo officer who arrested Anne Frank, and Franz Stangl, the commander of the Treblinka and Sobibor camps. He also provided key intelligence on many former Nazi officials. Wiesenthal died in 2005.

In 1977, the year in which “Hunters” takes place, Rabbi Marvin Hier started the Simon Wiesenthal Center in the United States. (Wiesenthal was not personally affiliated with the center.) The following year, Hier appointed another Nazi hunter, Efraim Zuroff, to head the center, which describes itself as “a global human rights organization researching the Holocaust and hate in a historic and contemporary context. ” 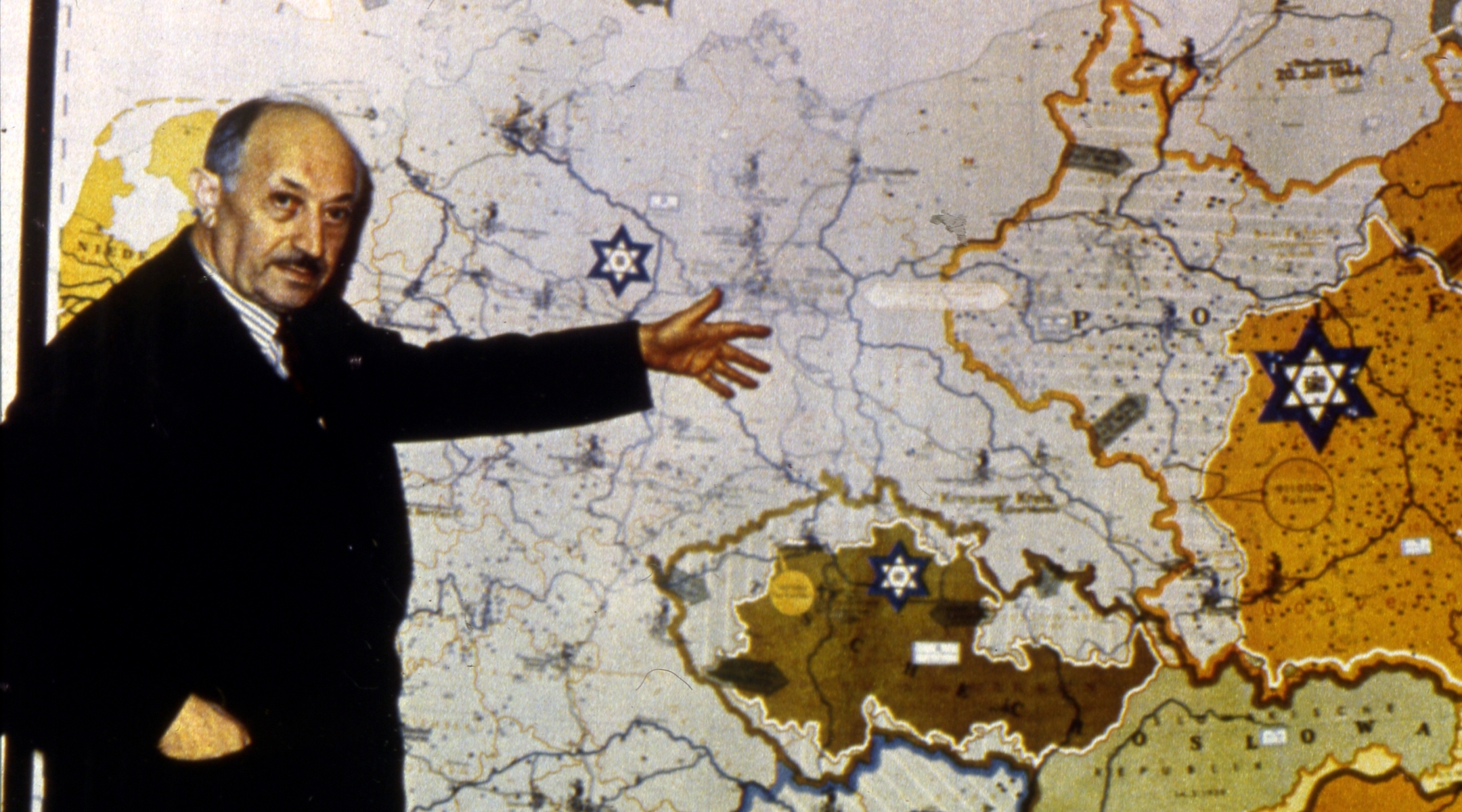 Zuroff, a 71-year-old New York native, lives in Jerusalem. His work has led to the trials of more than 40 Nazis and their collaborators, and he is still working to bring Nazi criminals to justice.

Then there were Serge and Beate Klarsfeld, who recently won a National Jewish Book Award for their memoir about their Nazi-hunting days.

Serge is a Romanian Jew whose father was killed in Auschwitz. Beate is German, and her parents, while not Nazis, voted for Hitler as chancellor before WWII. She was first faced with the atrocities committed by the Nazi regime as an au pair in Paris.

It was also in France that she met and married Serge. Through research and activism, the Klarsfelds helped bring to justice Nazis and their Vichy supporters, like Klaus Barbie, the SS official dubbed “the Butcher of Lyon.”

The Klarsfelds were arrested multiple times during their Nazi-hunting careers, including Serge in Germany in 1972 for trying to kidnap former SS official Kurt Lischka and Beate in Syria for attempting to capture Alois Brunner, Eichmann’s assistant.

In 1969, Beate interrupted a Reichstag meeting in West Germany to shout at the German chancellor Georg Kiesinger: “You are a Nazi!”

After that, according to the Guardian, she “interrupted a political rally by jumping on to the podium and slapping his face.” She was sentenced to a year in prison and served four months.

Were there really Nazis in 1970s America?

The majority of escaped Nazi war criminals made their way to South America after the war through escape routes called “ratlines.” Countries like Argentina and Brazil became safe havens where these Nazi officials lived in anonymity.

But it is believed that thousands of Nazis escaped to the United States as well. There were a few prominent cases of Nazis being caught in the U.S. — the first of these was Hermine Braunsteiner Ryan, known as the “Majdanek Stomping Mare.” The female guard reportedly kicked Jewish prisoners to death.

After the war, she met her American husband, Russell Ryan, and immigrated to Nova Scotia, Canada, and then to the U.S, where she settled in Queens, New York — not far from where much of “Hunters” takes place.

It was Wiesenthal who helped capture Braunsteiner Ryan based on intelligence he got from a Majdanek survivor. Braunsteiner Ryan voluntarily renounced her U.S. citizenship and was extradited to West Germany in 1973. She was sentenced to life in prison in 1981 but was released in 1996 due to her failing health. She died three years later.

There was Feodor Fedorenko, a Ukranian guard at the Treblinka extermination camp. Fodorenko lived in Waterbury, Connecticut, and was only discovered in 1977 — the year “Hunters” takes place. Three years later he was extradited to the USSR, where he was tried, convicted and executed.

Another such Nazi was Boļeslavs Maikovskis, a Latvian Nazi collaborator who entered the U.S. in 1950, and lied about his involvement with the Nazis on his visa application. In 1965, a Latvian court found Maikovskis, who was living in Mineola, New York, guilty of murder for his collaboration with the Nazis. Yet Maikovskis remained in the U.S. until 1987, when it became clear he would be extradited to the USSR and probably sentenced to death.

There may have been other Nazis we don’t know about — and they could still be living among us. In the 2014 book “The Nazis Next Door: How America Became a Safe Haven for Hitler’s Men,” reporter Eric Lichtau wrote that U.S. spy agencies hired at least 1,000 ex-Nazis during the Cold War and several of these Nazi spies were rewarded with American citizenship.